Although much of a student’s life may revolve around the Law School campus, included in Historical & Special Collections are materials highlighting many experiences taking place beyond its confines. Students have gone off campus alone and in groups and for reasons social and academic. Their outings have been mundane (buying sheets) as well as historical (a 1967 march on the Pentagon to protest the Vietnam War).

Today we can contact friends and family across the globe without stepping foot off campus; we are reminded how much has changed thanks to letters and diaries documenting students leaving campus to “call on” the various people in their lives. Over the years, students have traveled on foot and by train, omnibus, and automobile. In today’s fast-paced world, with so many transportation options available, it seems strange to think of students walking to Boston, but the collection includes examples of such treks occurring as far back as 1845 and as recently as 1936. Through the letters of Albert F. Burt (LL.B. 1914), we also get a glimpse of what it was like to travel from Harvard Square to downtown Boston and how confusing it was to travel via mass transportation in the early-twentieth century:

"Now how under the sun an ignorant person could reason it out that, when he came in on a southbound surface car and was told by fellow passenger in course of conversation that the cars in Boston & vicinity do not generally run in belts but go back and forth on one line, how, to repeat, could he reason it out that to return he would finally be taking a subway car south bound, knowing as he did, more or less, that Cambridge lay in a generally NW direction from the position where he was . . . ?"

This guide includes a small sample of off-campus pursuits both local and far-off, some lighthearted and others civic-minded. Through these excursions we can start to get to know individual students, while at the same time placing them within a larger historical context.

Sketch of the states of Massachusetts, Connecticut, and Rhode Island, and parts of New Hampshire & New York... 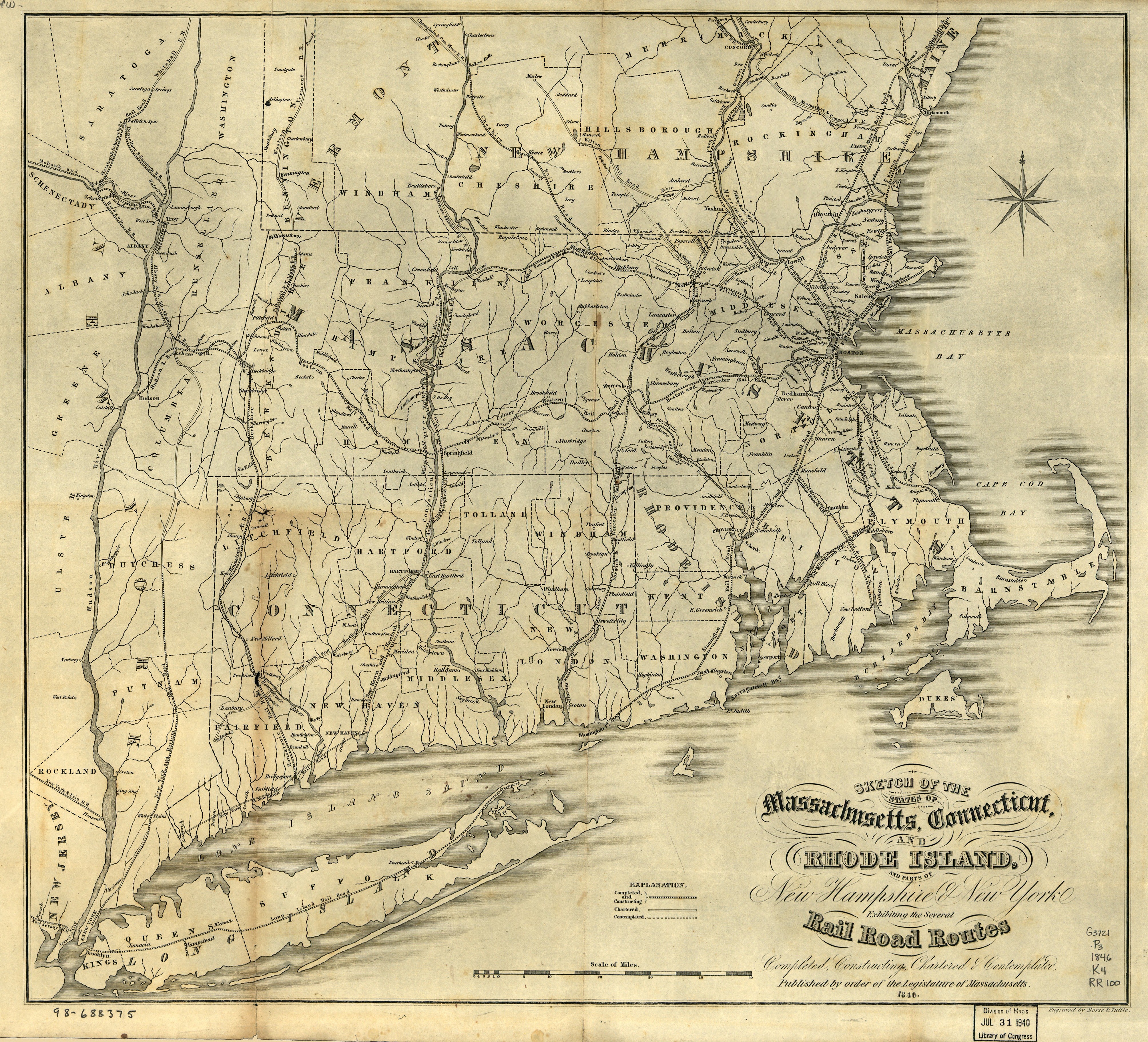