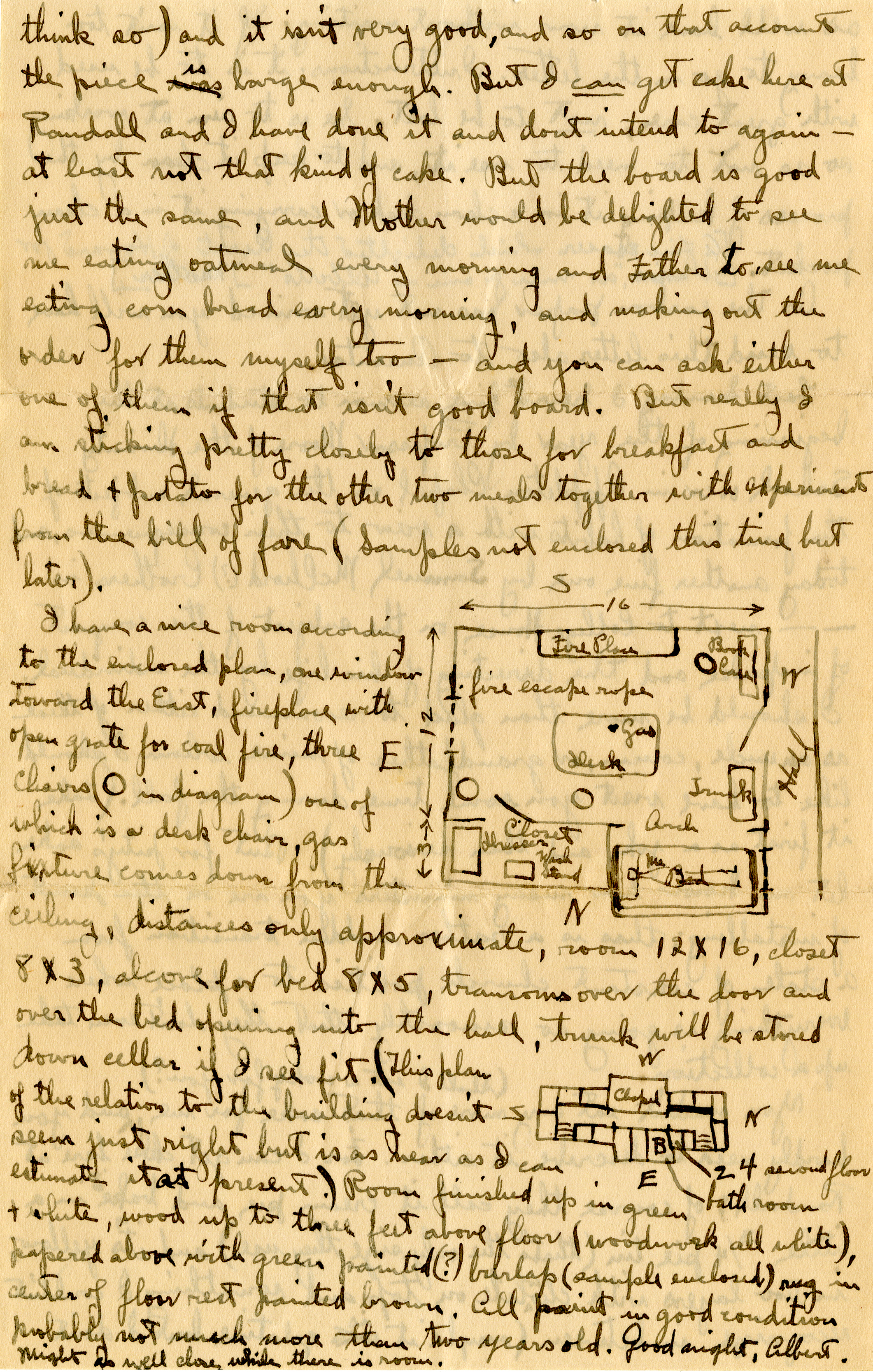 A collection of Burt's letters written to his family while he was a law student is held by Historical & Special Collections. The finding aid for this collection can be found here.

James Woodbury Boyden was born May 18, 1822, in Beverly, Massachusetts. He received his A.B. from Harvard College in 1843.  He entered the Law School on March 3, 1845, as a member of the Middle Class and received his LL.B. in 1846. While at HLS he took a room at Mr. Moses M. Rice’s. According to the University Catalog he was one of three members of his class residing there. After leaving Harvard he married Eliza Otis Turner Dickinson in Amherst, Massachusetts on May 18, 1847. He later married Frances Kingsbury in 1861. He died in Chicago, Illinois in 1892.

Boyden kept an exhaustive diary while he was a law student, a digitized version of which can be found here. He created an index of his diary and listed pages 132-134 as his autobiography. 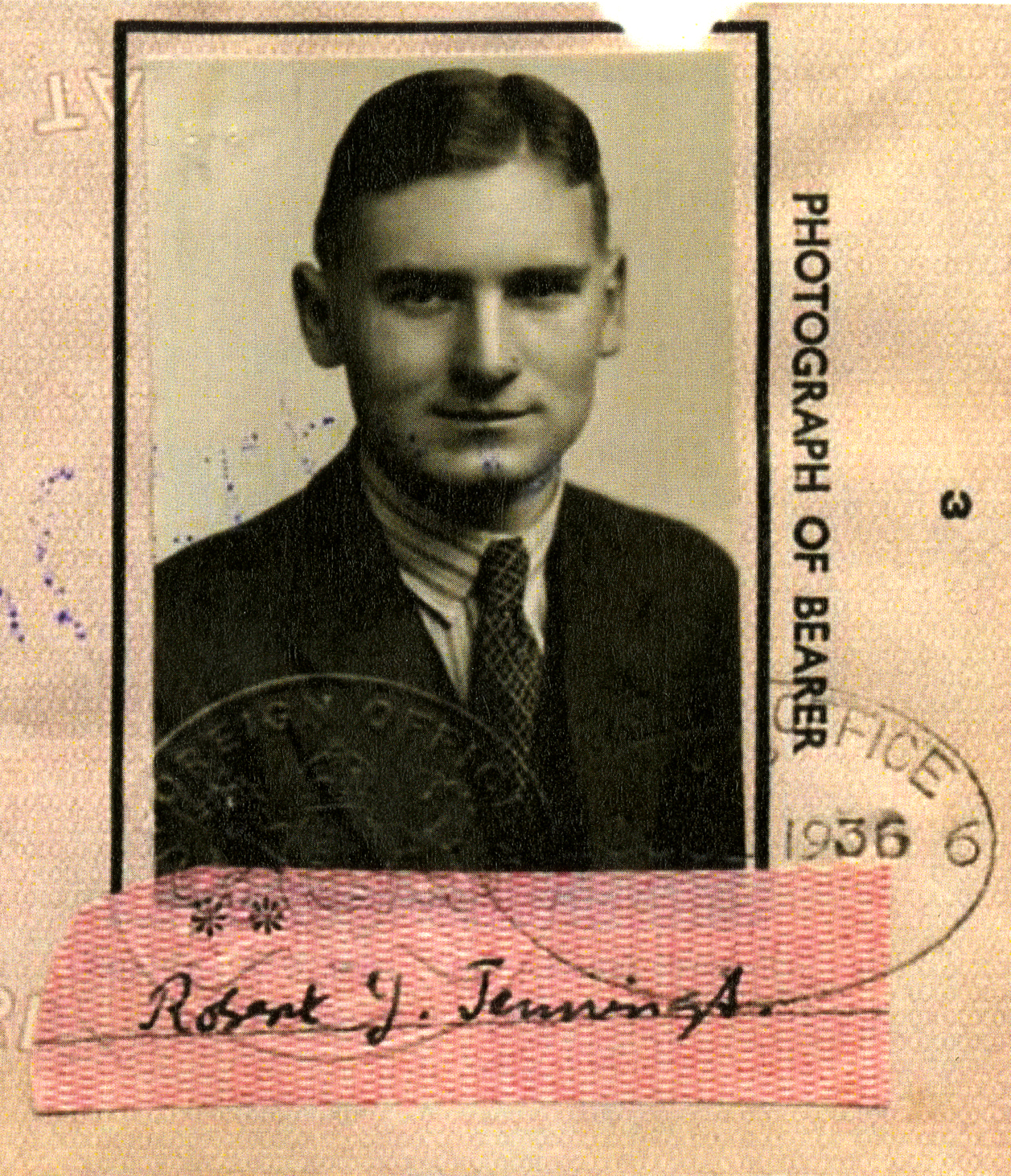 Robert Yewdall Jennings was born October 19, 1913, in West Yorkshire, England. Jennings received an A.B. from Cambridge University (Downing College) in 1935 and his LL.B. in 1936. He was awarded the Joseph Hodges Choate Memorial Fellowship at Harvard Law School for the 1936-37 academic year. He was a Fellow at Jesus College, Cambridge from 1939-82 and Senior Tutor from 1949-55. Jennings served as the Whewell Professor of International Law at Cambridge University from 1955 to 1982 and a Judge of the International Court of Justice (IJC) from 1982 until he resigned July 10, 1995 . He served as the President of the ICJ between 1991 and 1994. He died August 4, 2004, in Cambridge, England.

Photo credit: Detail of photographic reproduction of Jennings' passport? from Letters from America from R.Y. Jennings: written during the academic year spent at the University of Harvard 1936-37; [s.l. : s.n., 2009]; HOLLIS no. 12064914 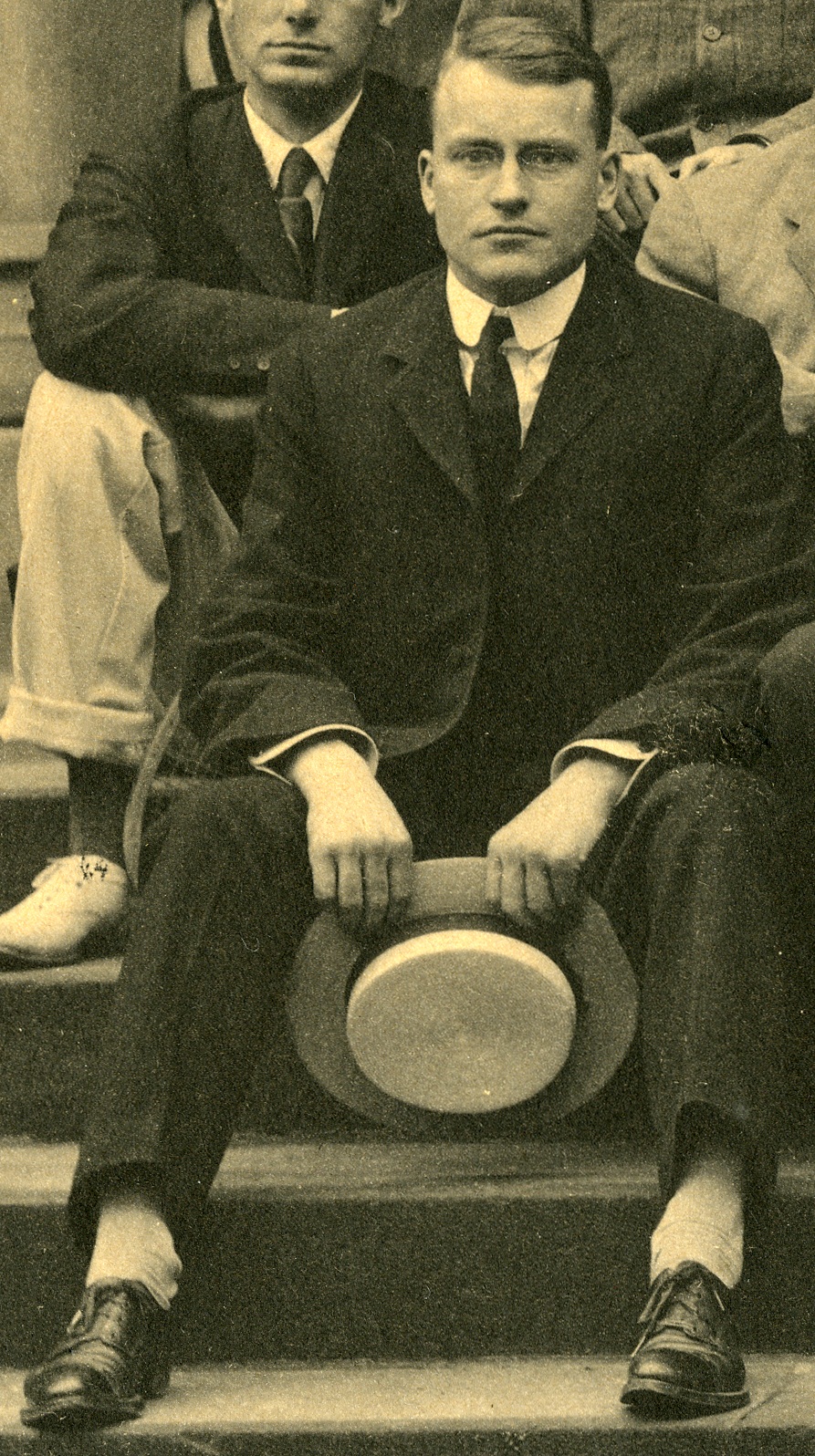 Born in New Brunswick, New Jersey on August 31, 1884, Austin Wakeman Scott spent many of his early years studying in Rutgers, New Jersey, first at Rutgers Preparatory School and later at Rutgers College, where he graduated with an A.B. in 1903. After teaching mathematics for several years at Rutgers Preparatory School, Scott continued on to Harvard Law School and graduated with an LL.B. in 1909. Scott immediately became an instructor at Harvard Law and in 1910 was named an assistant professor. From 1911 to 1912 he was the dean of the College of Law, State University of Iowa. Scott returned to Harvard and was named Professor of Law in 1914 and was the acting dean of the Law School from September 1915 to February 1916. Scott was named Story Professor of Law in 1920 and became the Dane Professor of Law in 1938. Best known for his scholarship on trusts, Scott published Scott on Trusts in 1939 and published regular updates in the ensuing years. He attained emeritus status in 1961, but continued his legal scholarship until his passing in 1981.

Austin Wakeman Scott's papers are held by Historical & Special Collections. The finding aid, which details the material found in this collection, can be found here.

John Marshall Vanmeter was born September 13, 1836, in Pike County, Ohio and received an A.B. from Jefferson College in 1854. He entered Harvard Law School October 11, 1855 as a member of the Junior Class and took a room at Mrs. A.C. Fairbank’s. The following year as a member of the Senior Class he took a room at Mr. H.M. Beals’s. He received his LL.B. in 1857 and received the second prize ($50) for his dissertation, “The English Doctrine of Uses, as an Element of the American Law of Conveyance.” Following his graduation, Vanmeter practiced law in Chillicothe, OH and in 1875 Governor William Allen appointed Vanmeter to serve Judge Grey’s unexpired term on the Common Pleas Bench; at the end of his term as Judge, Vanmeter then returned to the practice of law until 1881, at which point in time he turned his attention to farming. Vanmeter also served as the president of the Savings Bank Company of Chillicothe from its inception. He died in Chillicothe, Ohio in 1925.