In June 1908, the Harvard and Yale baseball teams had a three-game series. The first game took place at Harvard on June 18. In a letter to his father the following day, Austin Scott (LL.B. 1909) wrote, “Yesterday I went to the Harvard Yale base-ball game in which as probably you saw Yale went down as usual in defeat at the hands of the Harvardites.” He would go on to explain that after initially being rattled, Yale did well after the third inning but “that was 3 innings too late.”

Predictions of the game's outcome were covered in a June 18, 1908 Crimson article, which suggested that "The game promises to be a pitchers' battle, and that being the case, the chances are slightly in favor of the University team, as Harvard's pitching staff is in better shape than Yale's."

"It is probably safe to assume that you have heard what happened yesterday, that Harvard has now a championship to rival the MHS one which you so vigorously advocated. They came rushing in a little after four yesterday, three of them to the room across the hall, almost wild and far from quiet, with plans for getting out and waking up the hall. No, I don't know what took place when the special trains got back around 9:30, it was all done over in Boston, through the streets theaters and cafés. And when Mrs. Murray came in this morning she said that she had been waiting four years for this happy feeling and she acted quite coltish."

The football rivalry between Harvard and Yale is the second oldest rivalry in college football, dating back to 1875. Known as “The Game,” the annual event continues to play a role in the lives of Harvard Law students. In 1906, first year law student Austin Scott (LL.B. 1909) wrote to his mother explaining that he had not been to many football games. Although there had already been a “good deal of talk about the Yale game” he wasn’t very interested owing to his inability to “get quite enough spirit into the ‘Rah Rah Hăăvards’.” Six years later, Albert Burt (LL.B. 1914) peevishly wrote to his younger brother that following a Harvard win in New Haven his fellow students returned to the dormitory “almost wild” with plans for “getting out and waking up the hall.” In the twenty-first century, visual evidence of the importance of the Harvard-Yale game can be found in the student yearbook. While these may not be firsthand written accounts, photographs taken by students are another way of capturing their experience and speak to current modes of communication. 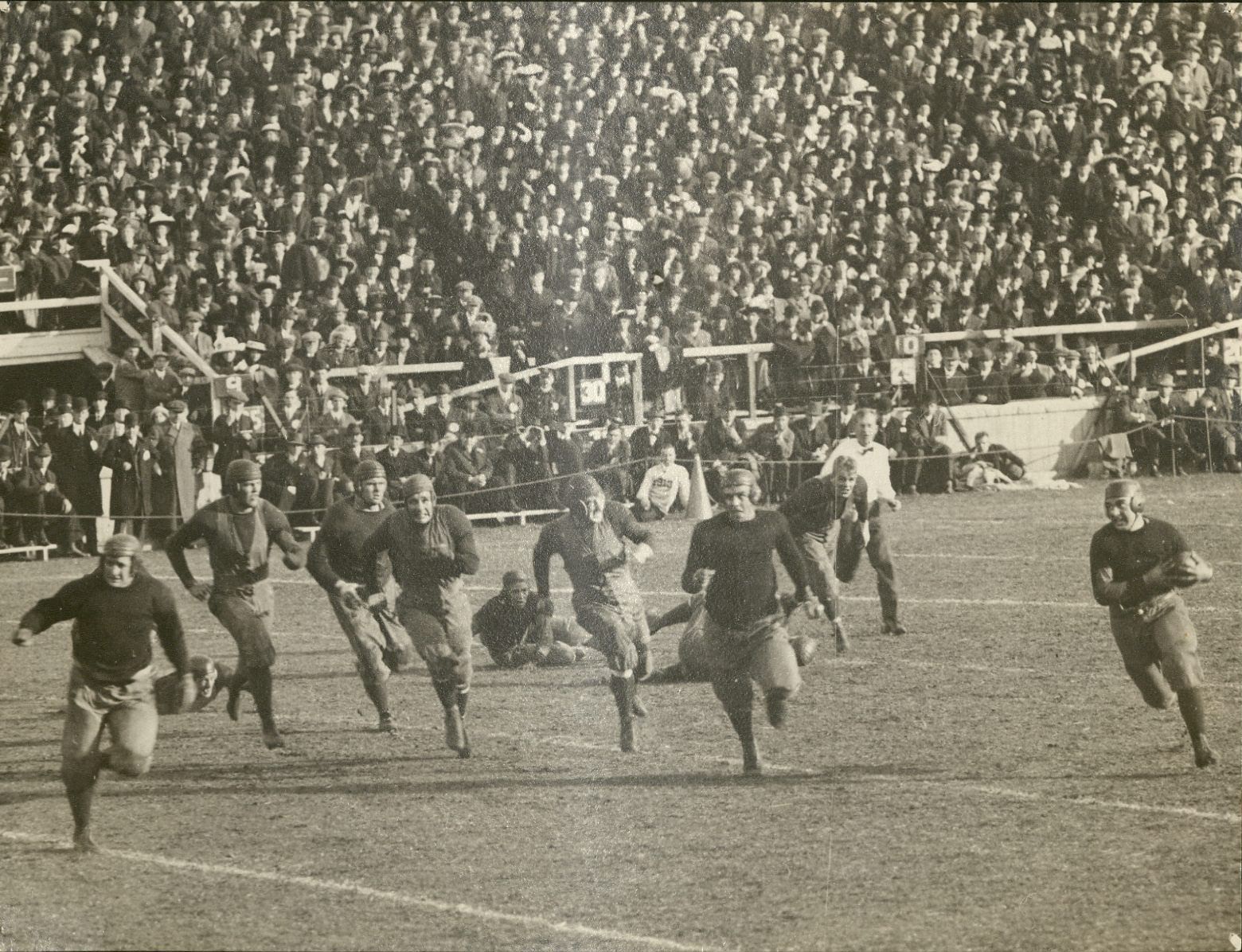 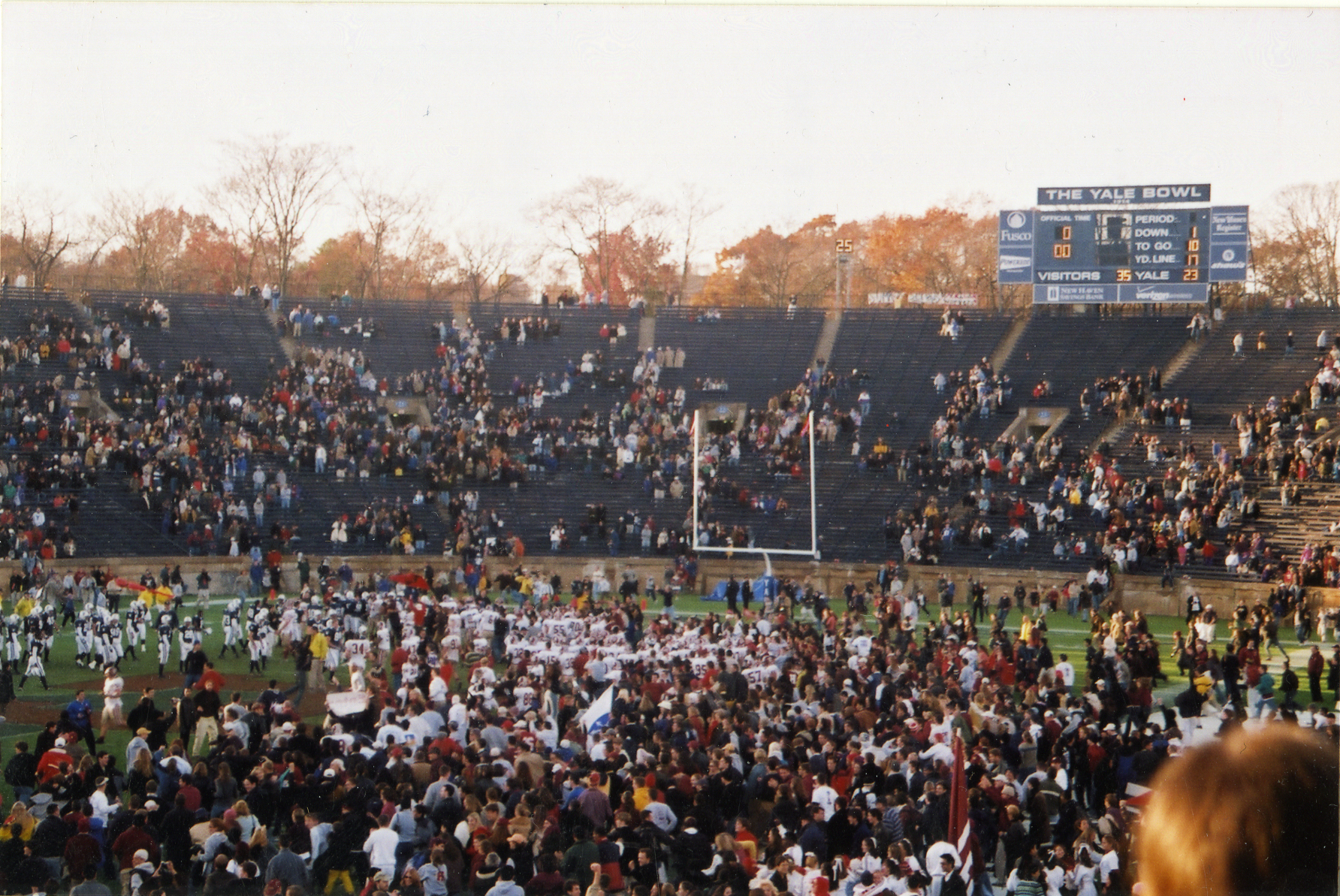 History of the Harvard-Yale Game

A November 2011 Crimson article chronicled the history of the Harvard-Yale game, which began with a 4-0 victory for Harvard in 1875.

In November 1954, law students bemoaned the difficulty of obtaining tickets to "The Game" in the brief editorial "Ten Thousand Men." Dean Griswold responded in a letter to the editor, alongside which came an explanation of the ticketing system from the ticket manager of the Department of Athletics and suggestions from the editors of the Harvard Law School Record.