In the winter of his first year in law school, Austin Scott (LL.B. 1909) wrote his mother in the letter shown below to say that in his quest for ice skating he had found “a little brook where there was just enough room to turn a few ‘eights’.” He went on to say that an acquaintance, Elizabeth Bates, had asked if he would like to be proposed as a member of the Cambridge Skating Club (CSC). The CSC, not far from HLS at the corner of Willard and Mount Auburn Streets, was a welcome skating opportunity not only for its location but also its members: “All the nice girls that skate go there . . . .” Scott became a member and regularly wrote of his skating escapades. 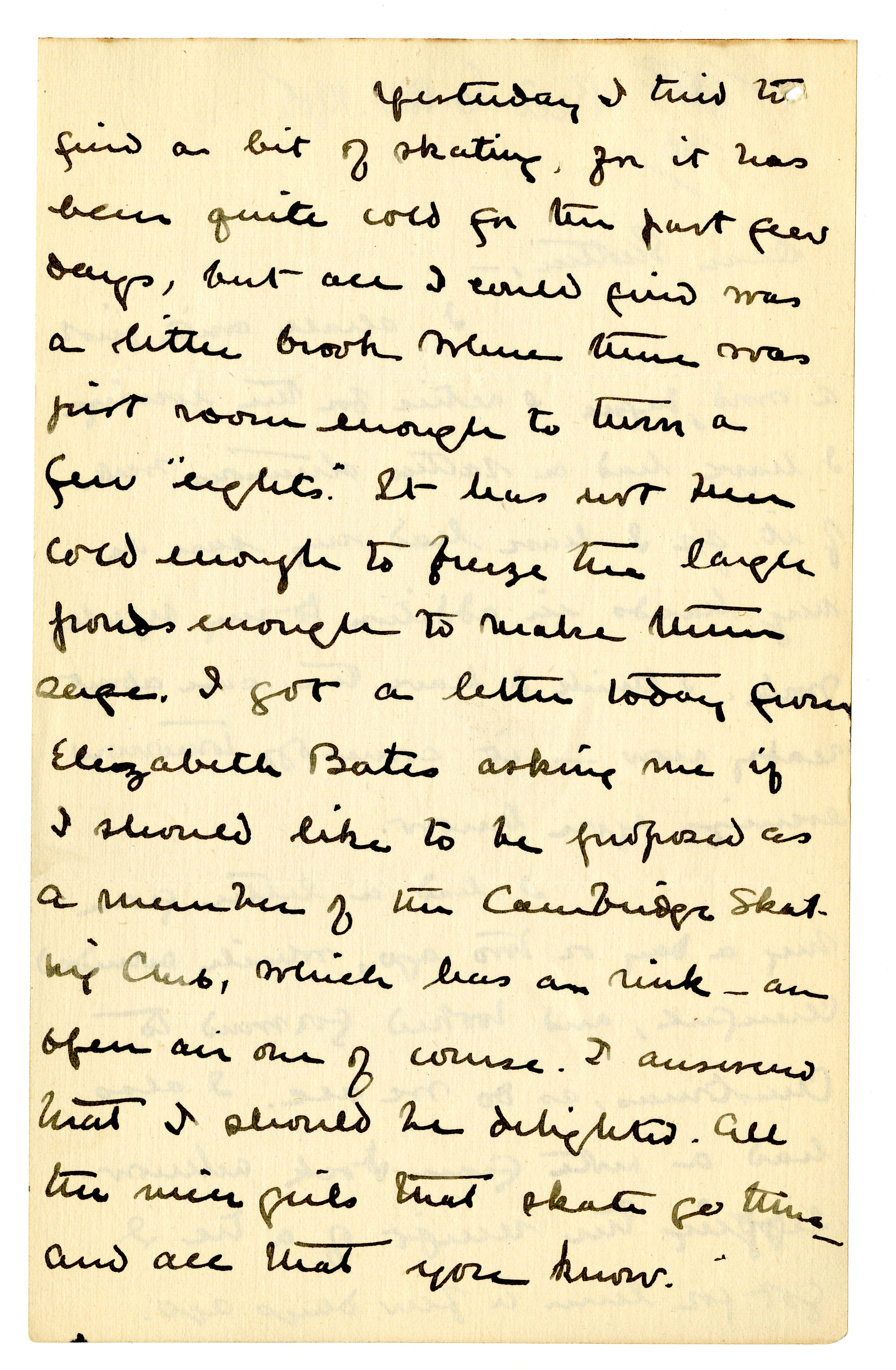 Albert Burt, who presumably did not have the same social connections or income as Scott, did his skating on the Charles River. In a letter written to his father in the winter of his second year, Burt explained that he avoided the mistake of the previous year, not getting on the ice before it snowed. A quarter of his letter is devoted to the skating on the Charles where “The ice is very good, very smooth and nice all the way and all the width of the river . . . .” 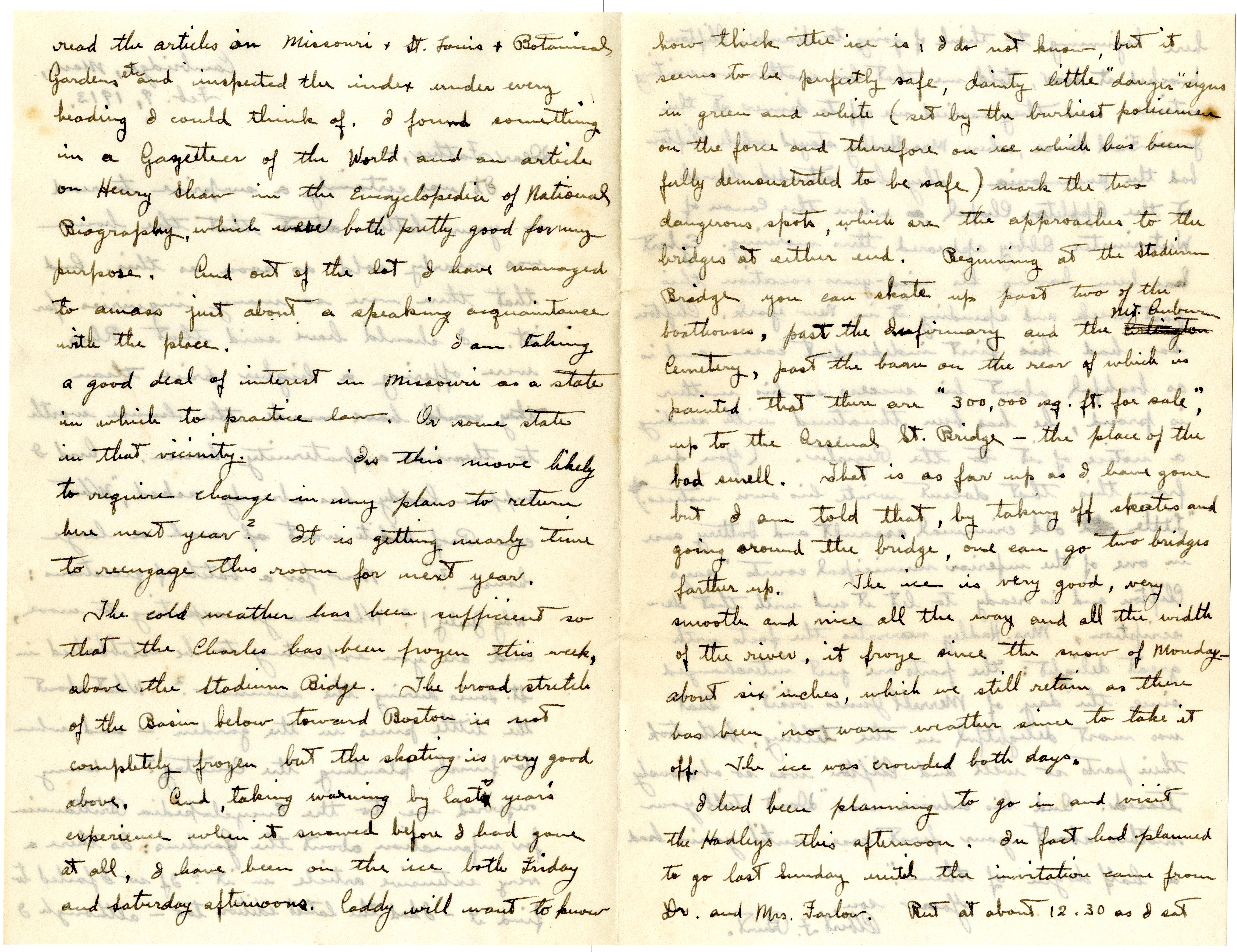 "The cold weather has been sufficient so that the Charles has been frozen this week, above the Stadium Bridge. The broad stretch of the Basin below toward Boston is not completely frozen but the skating is very good above. And, taking warning by last year's experience when it snowed before I had gone at all, I have been on the ice both Friday and Saturday afternoons..."

"A river runs through it"

A 2010 article in the Harvard Gazette chronicles Harvard's ties to the Charles River back to the 17th century.

Students in the 1950s and 1960s did not have to venture far for their skating experience because of the winter tradition of flooding what is now known as Jarvis field. Reports indicate that this “rink” was not heavily used owing to an uneven surface and uncooperative weather. In 2003, Dean Elena Kagan brought back the tradition with a more durable rink built above the lawn to ensure an even surface. Over the next few years the rink was upgraded further with lighting and a generator to allow skating in above-freezing winter weather. 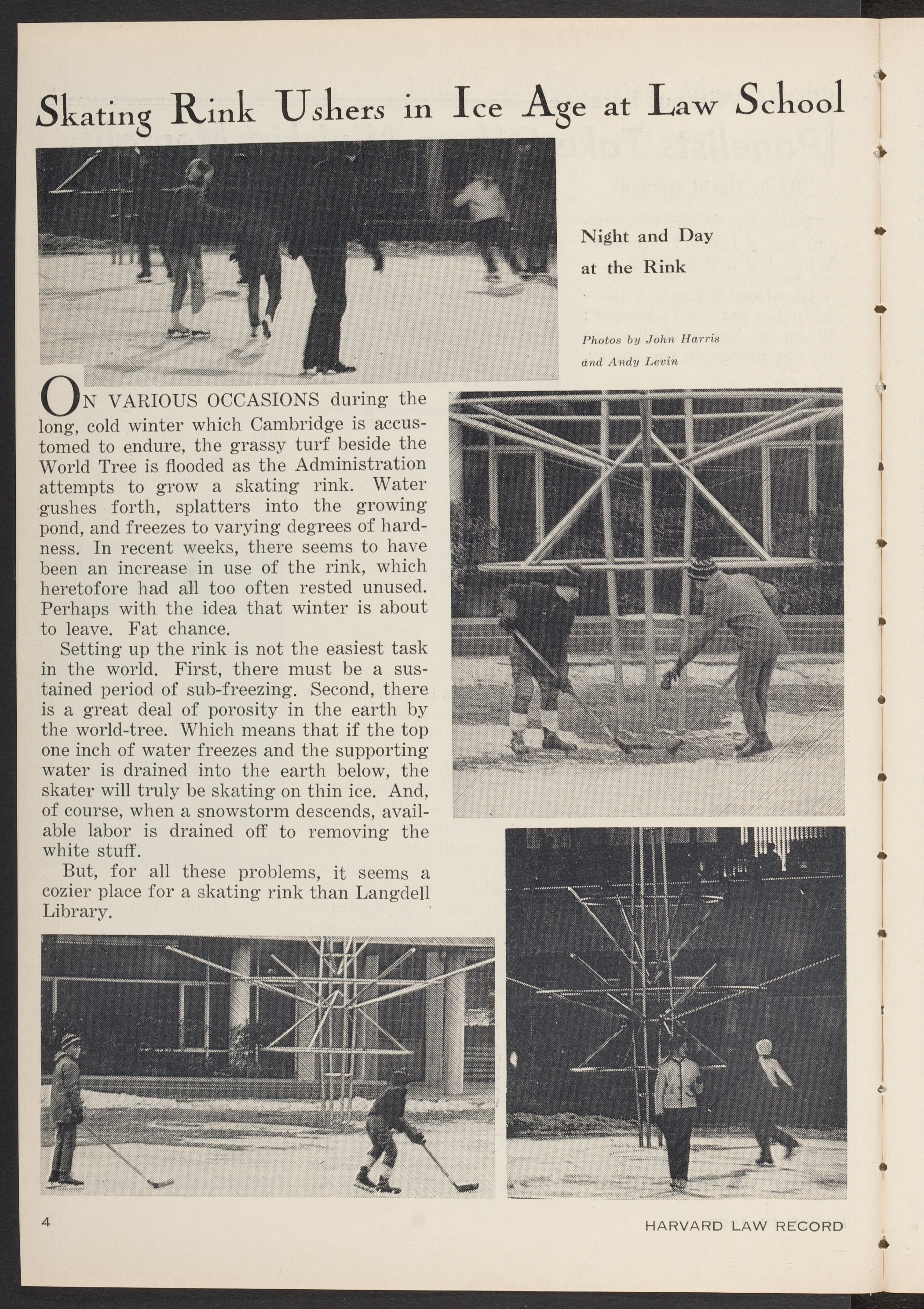 A February 2005 issue of the Record included a poem that reflects one student's thoughts on skating on Jarvis field.