Law students have taken advantage of the rich cultural scene in Boston since the mid-nineteenth century. John Vanmeter (LL.B. 1857) recorded in his diary numerous trips to Boston to attend the theater. During one week in January he went to see the Boston-born actor E.L. (Edward Loomis) Davenport (1815-1877) perform on two separate evenings. Of one performance he wrote, “Started to Boston at five. Heard E.L. Davenport in Richard III—he played it near my idea of perfection.” Both performances took place at the Boston Theatre located at Washington and Mason Streets.

More than 50 years after Vanmeter’s excursions, Austin Scott (LL.B. 1909) mentioned in a letter to his father that he had gone to see the play “The Hypocrites” by English playwright Henry Arthur Jones (1851-1929). According to Scott, “It is quite clever and I enjoyed it very much.” Earlier that same year Scott also enjoyed a performance of Ben Hur. 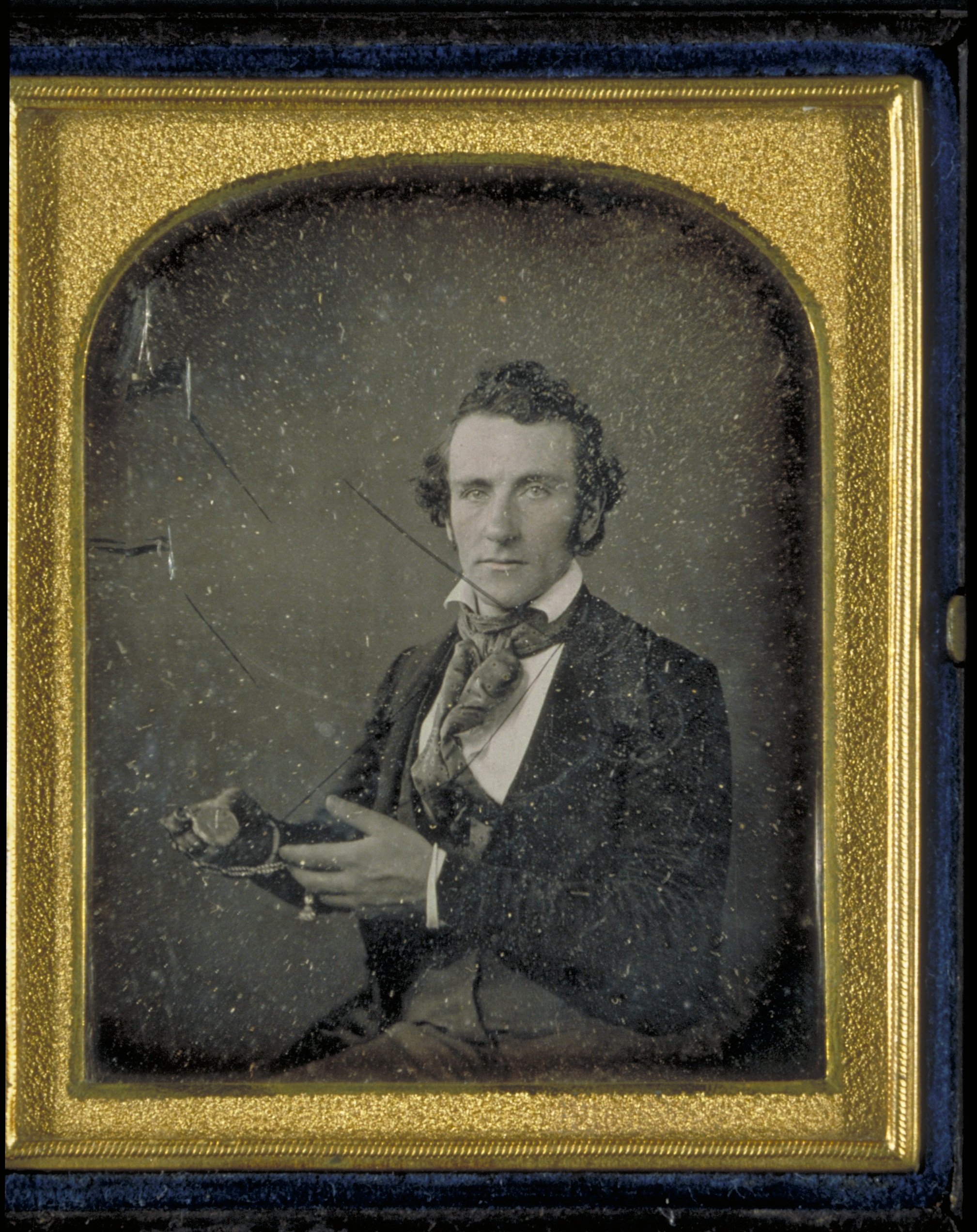 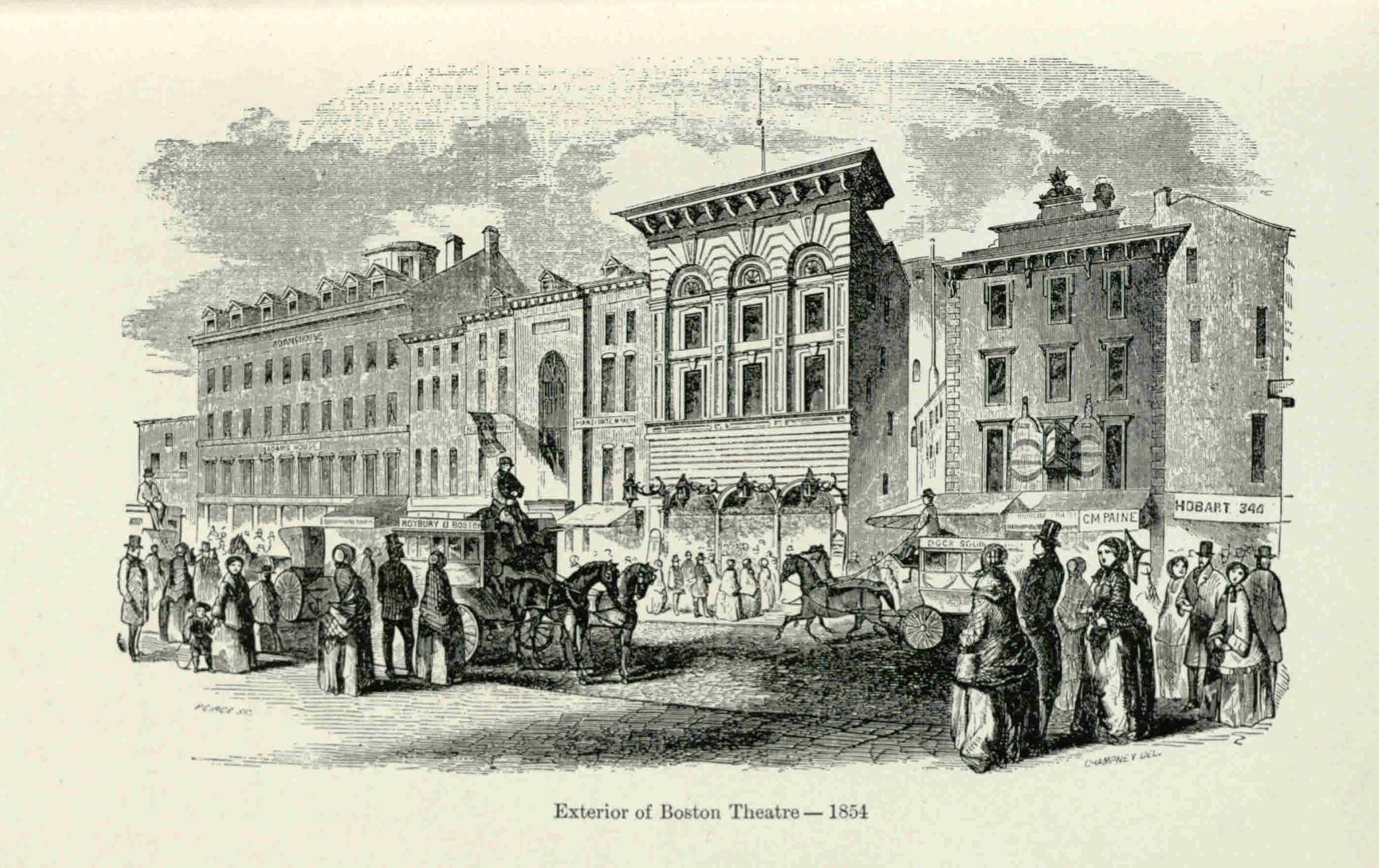 "Thursday January 16th [17th] 1856
Rose at seven. After breakfast, came home and read until dinner-time. Was bored with visitors after noon; and did not get to read much. Started to Boston at five. Heard E.L. Davenport in Richard III - He played it near my idea of perfection. Like him better than Forest. Returned early; got home before twelve..." 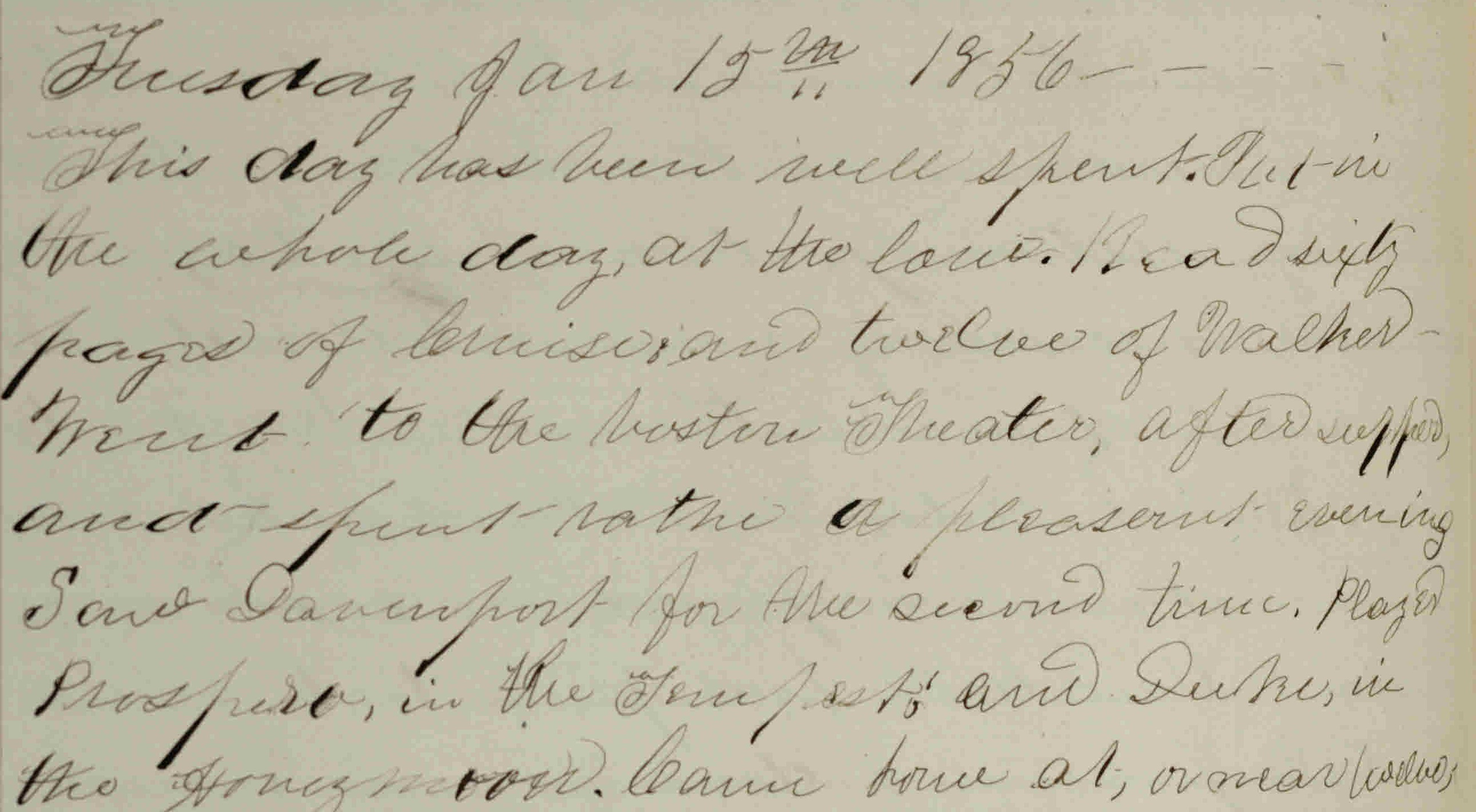 "Tuesday Jan 15th 1856
This day has been well spent. Put in the whole day, at the law. Read sixty pages of Cruise; and twelve of Walker - Went to the Boston Theater, after supper, and spent rather a pleasant evening. Saw Davenport for the second time. Played Prospero, in the Tempest: and Duke, in the Honey Moon..."