Cambridge and Boston certainly have much to offer, but students have also enjoyed getting out of the city and venturing far from campus. Historical & Special Collections has a number of rich first-hand accounts of trips that bring the students’ experiences to life.

James Boyden (LL.B. 1846) regularly found opportunities to go beyond the confines of Harvard Square; not long after entering law school he recounted a trip to his hometown of Beverly, Massachusetts, to attend the wedding of “old friend and schoolmate” Elizabeth Blanchard Abbot. Boyden took a train up to Beverly; the map below shows the railroad routes that existed around that time. He spent several pages describing in detail his experience — at one point philosophizing about single gentlemen “cast[ing] wistful glances in search of single ladies who might not object to take the place of the happy bride” and speculating about how many love matches may have been influenced by the happily married couple. One might wonder how this experience may have influenced his own wedding two years later. 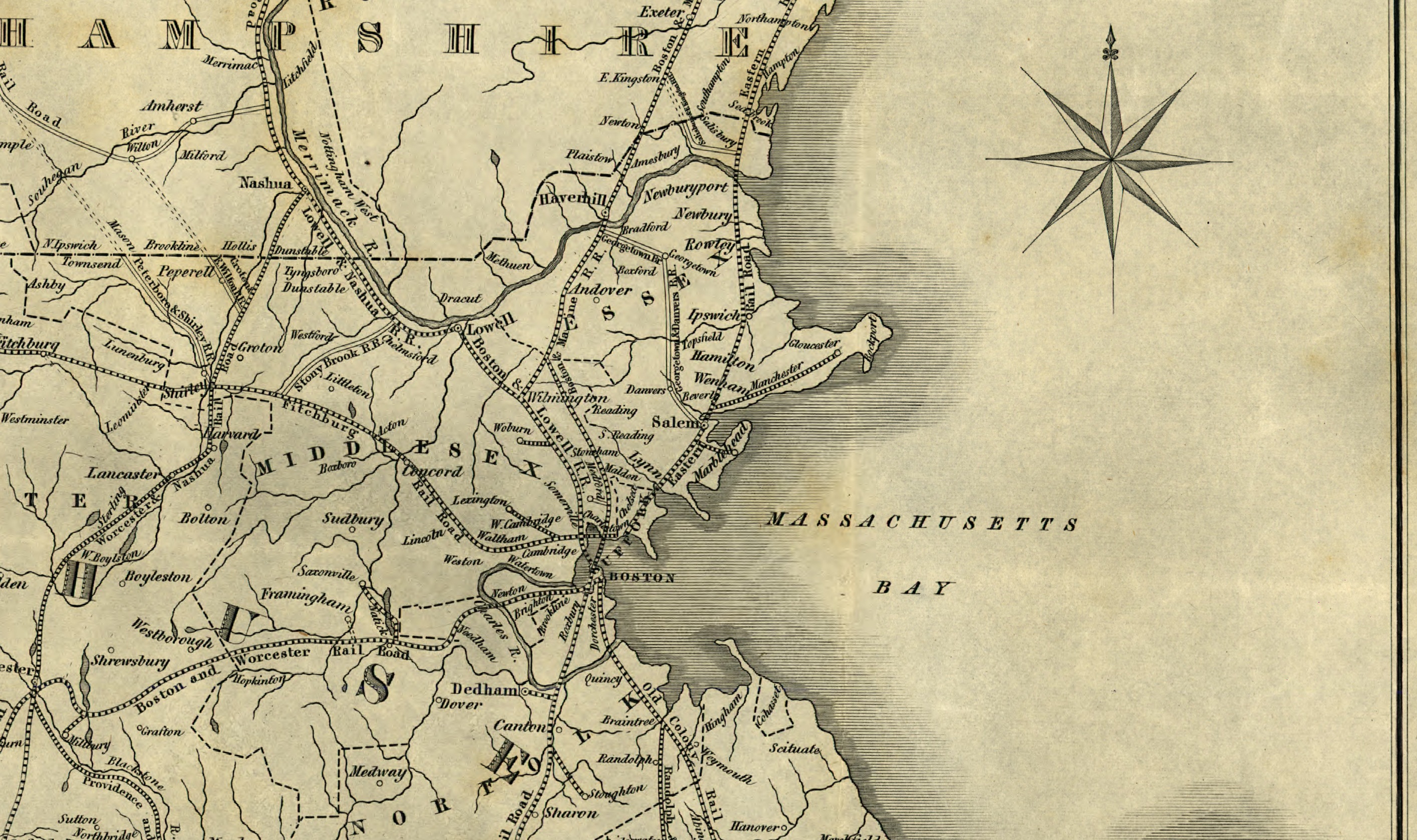 Reproduction of a detail from Sketch of the states of Massachusetts, Connecticut, and Rhode Island, and parts of New Hampshire & New York exhibiting the several rail road routes completed, constructing, chartered & contemplated; published by order of the Legislature of Massachusetts; Archibald Kennedy; Boston: [s.n.], 1846; Library of Congress, Geography and Map Division 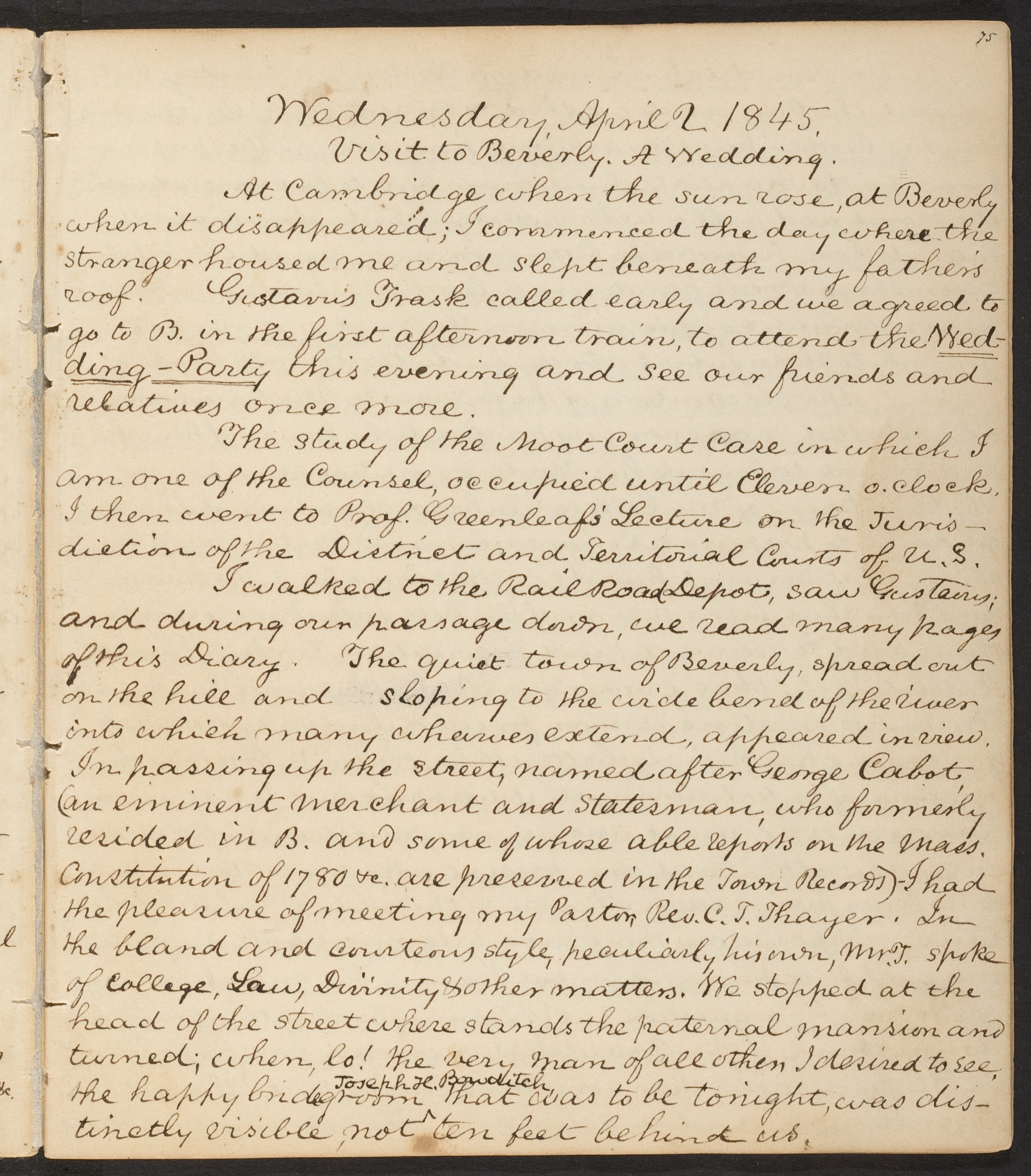 During his stay in the States, British citizen Robert Jennings (Choate fellow 1936-37) made a number of excursions. He went north to Salem, west to Worcester, and spent a weekend in October 1936 driving through Massachusetts, New Hampshire, and Maine. During winter recess he and two friends took a three week road trip to Florida and back. He recounted the trip to his parents over a series of letters that included observations on Washington, South Carolina, and Florida, which he found “full of rich people with nothing in particular to do except to be snooty.”

"This may seem strange after what I said last time about the charming southern people, but the truth is that there are at least 3 souths. There are the altogether lovable people of Virginia and North Carolina. . . . Then there is the barbaric and primitive S. Carolina and Georgia, where the whites are all virtual slave owners. . . . Then there is Florida, which is full of rich people with nothing in particular to do except to be snooty.”