Concerts and shows across the Boston and Cambridge area may have satisfied the urge to see and hear professionals, but many law students are artists and musicians in their own right. Students who play music, act, sing, and dance have often shared their talents with friends and classmates closer to home. Albert Burt wrote to his brother Farlow in March 1912 that “there must be something about the feeling of descending water that makes the folks under it want to sing for the majority of the fellows tune up when they get into the shower.” From singing in the shower and impromptu sessions in the dorms to formal concerts in off-campus venues, HLS students have performed for their friends and colleagues since the earliest days of the Law School. 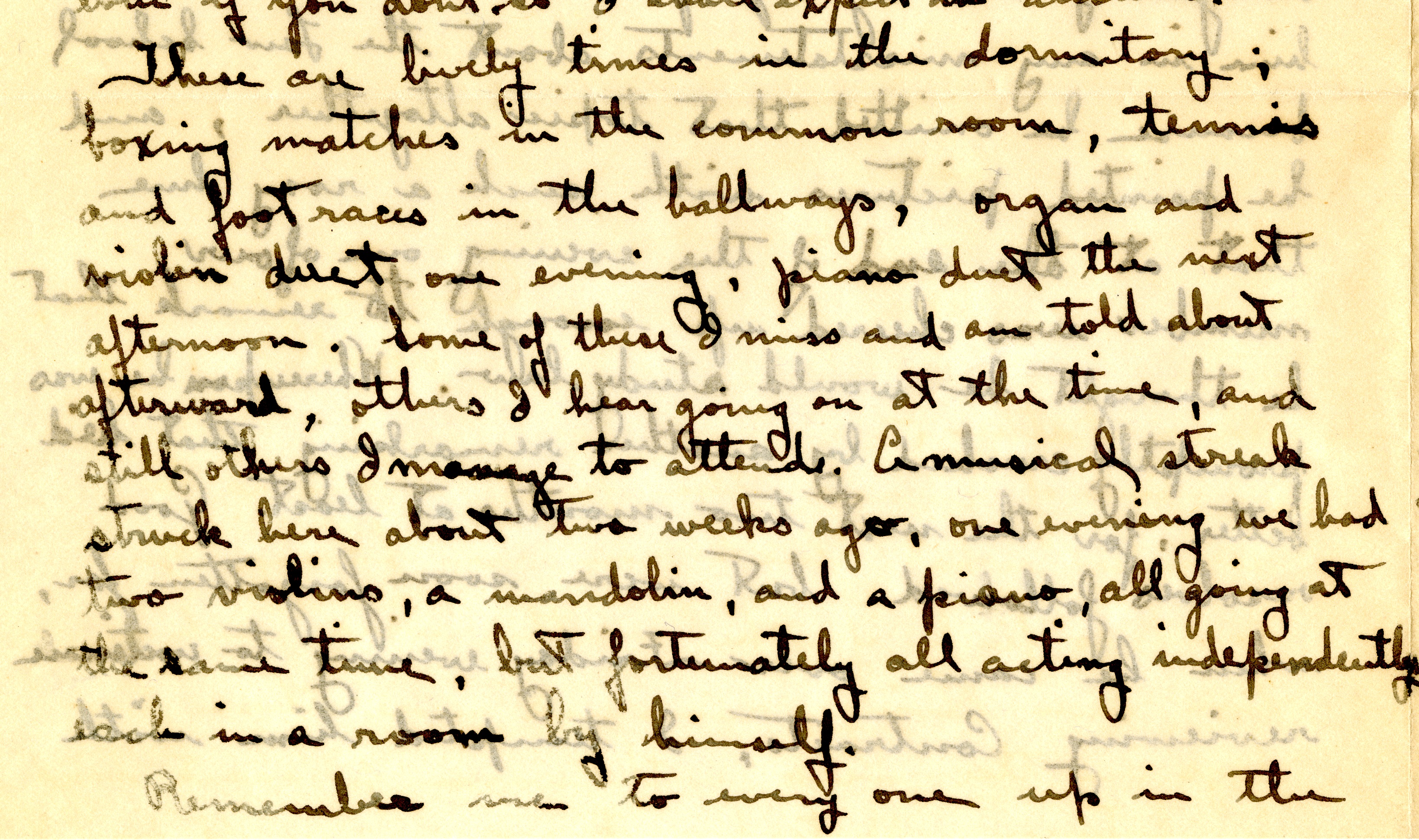 "These are lively times in the dormitory; boxing matches in the common room, tennis and foot races in the hallways, organ and violent duet one evening, piano duet the next afternoon. Some of these I miss and am told about afterward, others I hear going on at the time, and still otehrs I manage to attend. A musical streak struck here about two weeks ago, one evening we had two violins, a mandolin, and a piano, all going at the same time, but fortunately all acting independing each in a room by himself." 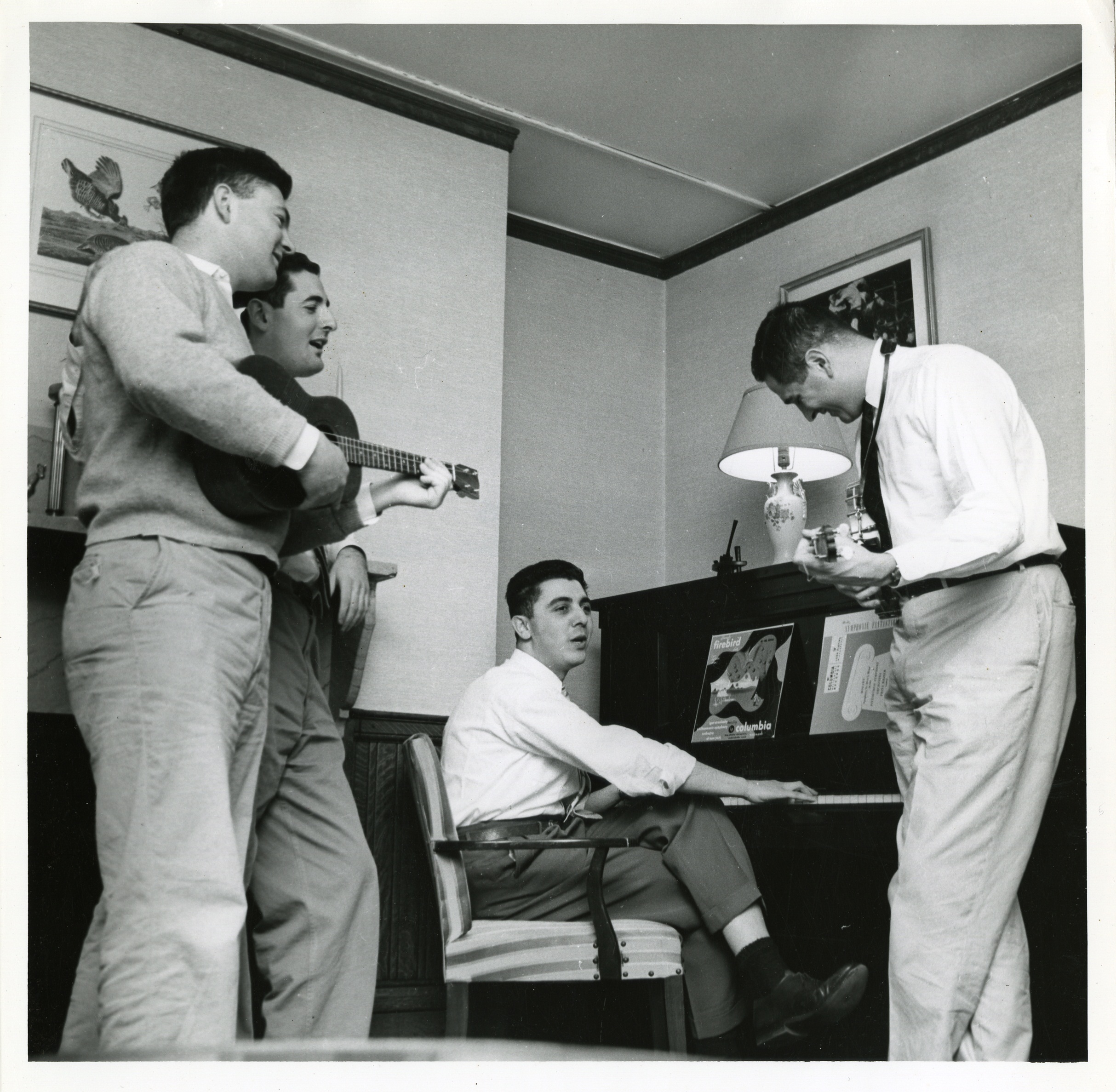 Celebrations of the arts were sometimes part of formal school-sponsored events but have also come from law students themselves.  As one student wrote in a semester preview of arts events in the Harvard Law Record, “Although it is fun to simply explore the cultural life of Harvard, it is special to support HLS students as they find lives outside the narrow limits of the law.” 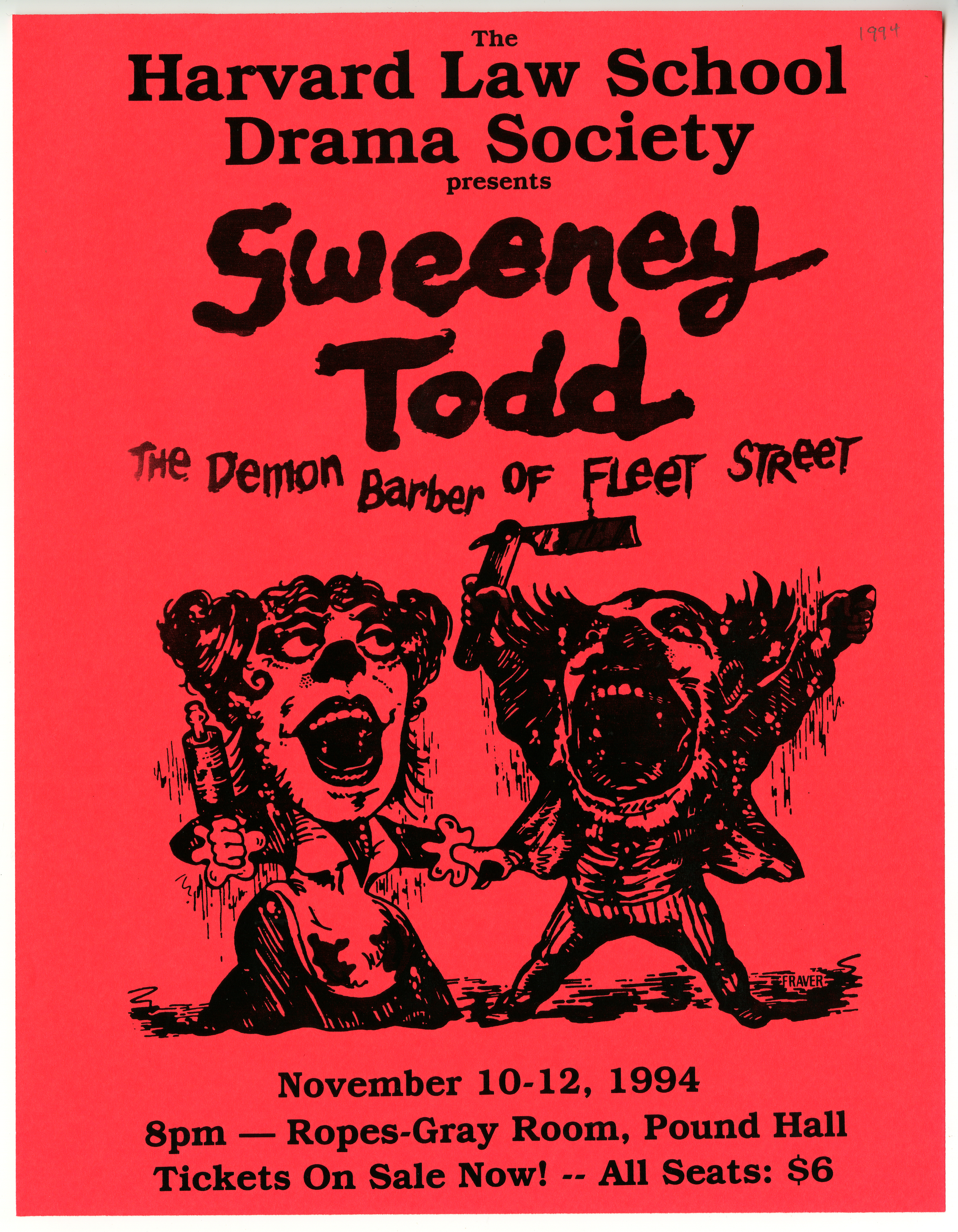 However, students have also taken it upon themselves to celebrate their colleagues' artistic talents. As one student wrote in February 1998 in a semester preview of arts events in the Harvard Law Record, “Although it is fun to simply explore the cultural life of Harvard, it is special to support HLS students as they find lives outside the narrow limits of the law.”

Robert Jennings and "The Lion and Albert"

Robert Jennings, a Choate fellow who attended Harvard Law School during the 1936-1937 academic year, performed in a Winthrop House show in April 1937. Winthrop House residents, of which Jennings was one for the duration of his time in Cambridge, have long staged performances as part of their regular activities during the school year. In this particular show, Jennings performed an entr’acte. Meaning “between the acts,” “entr’acte” refers to a short piece performed between two acts of a larger production. Jennings performed a popular, humorous monologue called “The Lion and Albert.” The piece was written by Scottish poet, scriptwriter, and comedian Marriot Edgar and first performed by English actor Stanley Holloway. The monologue is about a couple who takes their son to the zoo only to see him eaten by a lion.

“I gave the “Lion and Albert” (text gleaned from a gramophone record) and “Sam, Sam”. Both nights it was a great success. Most people, to my amazement, said it was the high light of their evening and I even had the congratulations from the House Masters. . . . I seem to have discovered, quite by accident, a histrionic gift, which I had no idea that I possessed. I am rather pleased about it because it is quite an asset socially, to be able to do things like that rather well.” 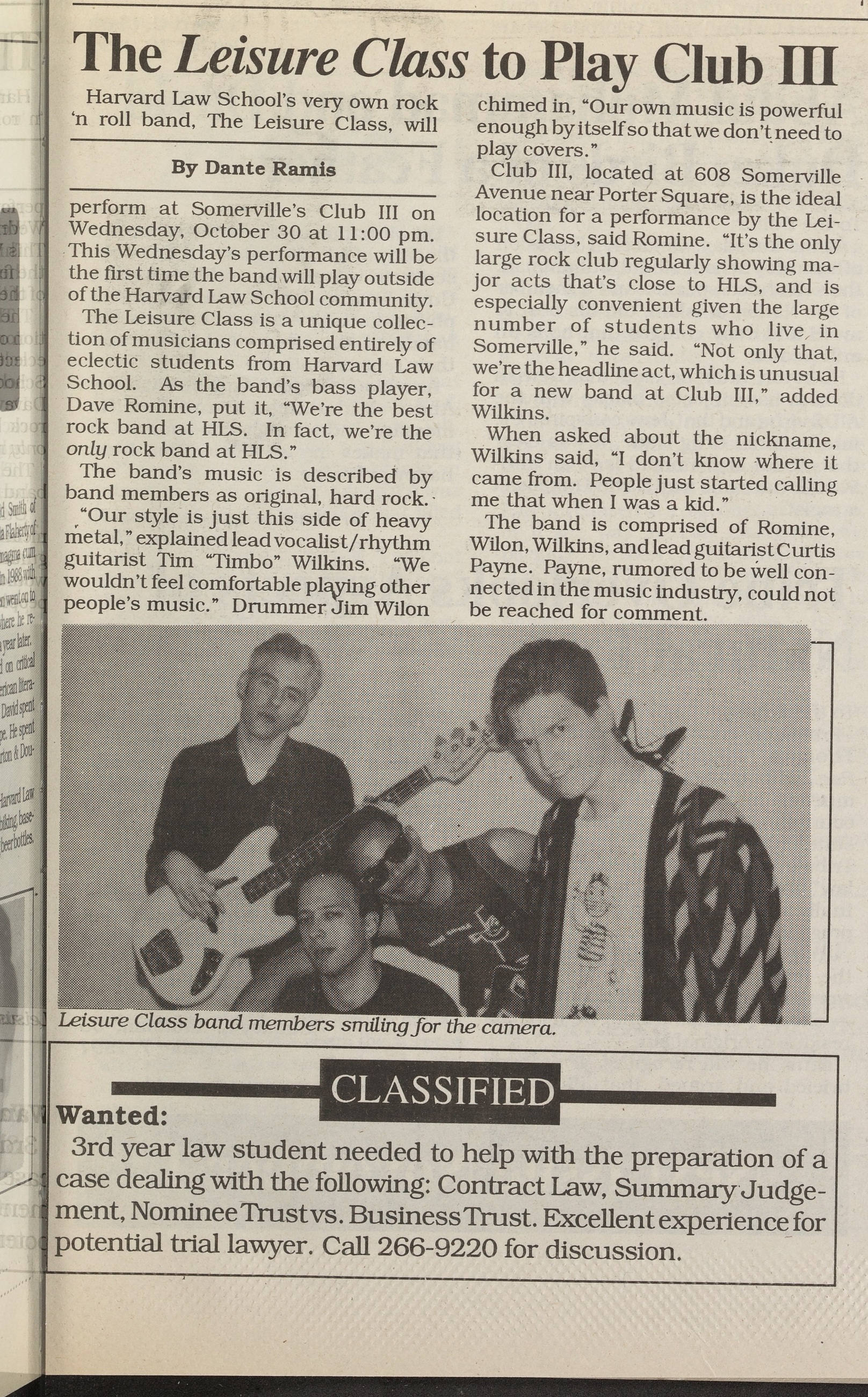