Just like any other students, law students spend much of their free time socializing with friends. Parties, dinners, and teas abound in students’ personal accounts of their time at Harvard Law School. Austin Scott (LL.B. 1909), whose letters and photograph are shown in this case, wrote to his father in December 1906 to share that he was “invited to Miss Julia Russell’s coming out reception,” in addition to two sets of dances, invitations which he chose to decline. At the same time, social gatherings at HLS are often affiliated with organized campus groups. The distinctions between purely social events and academically-oriented events may be hazy. For instance, reports in early letters and diaries, such as reflections penned by James Woodbury Boyden (LL.B. 1846), whose diary is displayed in the “Off-Campus Pursuits” section of this exhibit, highlight the quality of conversation at informal gatherings. Boyden wrote in March 1845, “Over our Tea, Bread, Butter, Cake and Apples, we enjoyed ourselves, as students should. Not in idle talk, nonsense and garrulity; but in mutual interchange of ideas relative to our Studies, our Privileges and Duties.” Though Boyden’s tone is often highfalutin, he aptly makes the point that, as a student, engaging conversation is often influenced by academics. 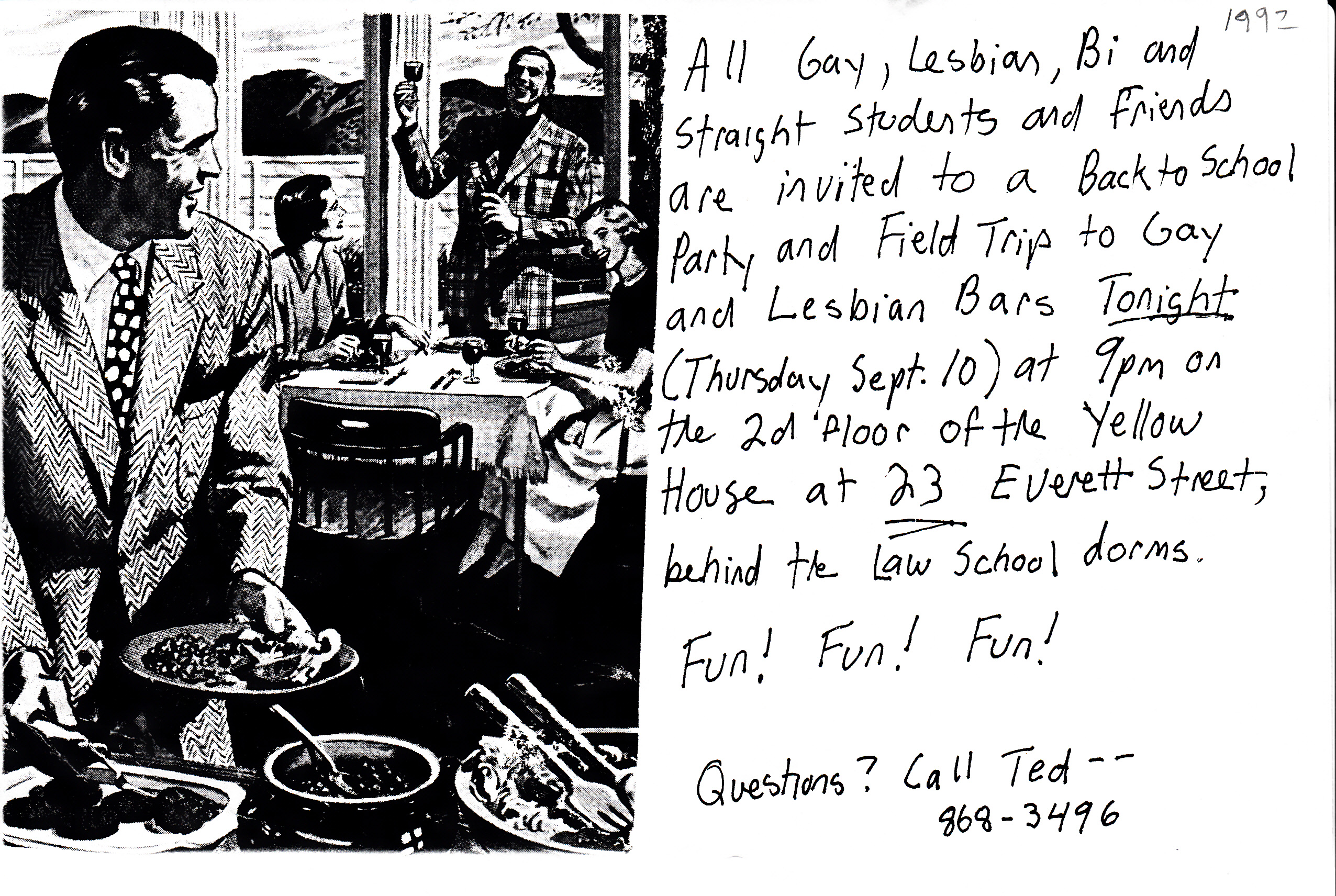 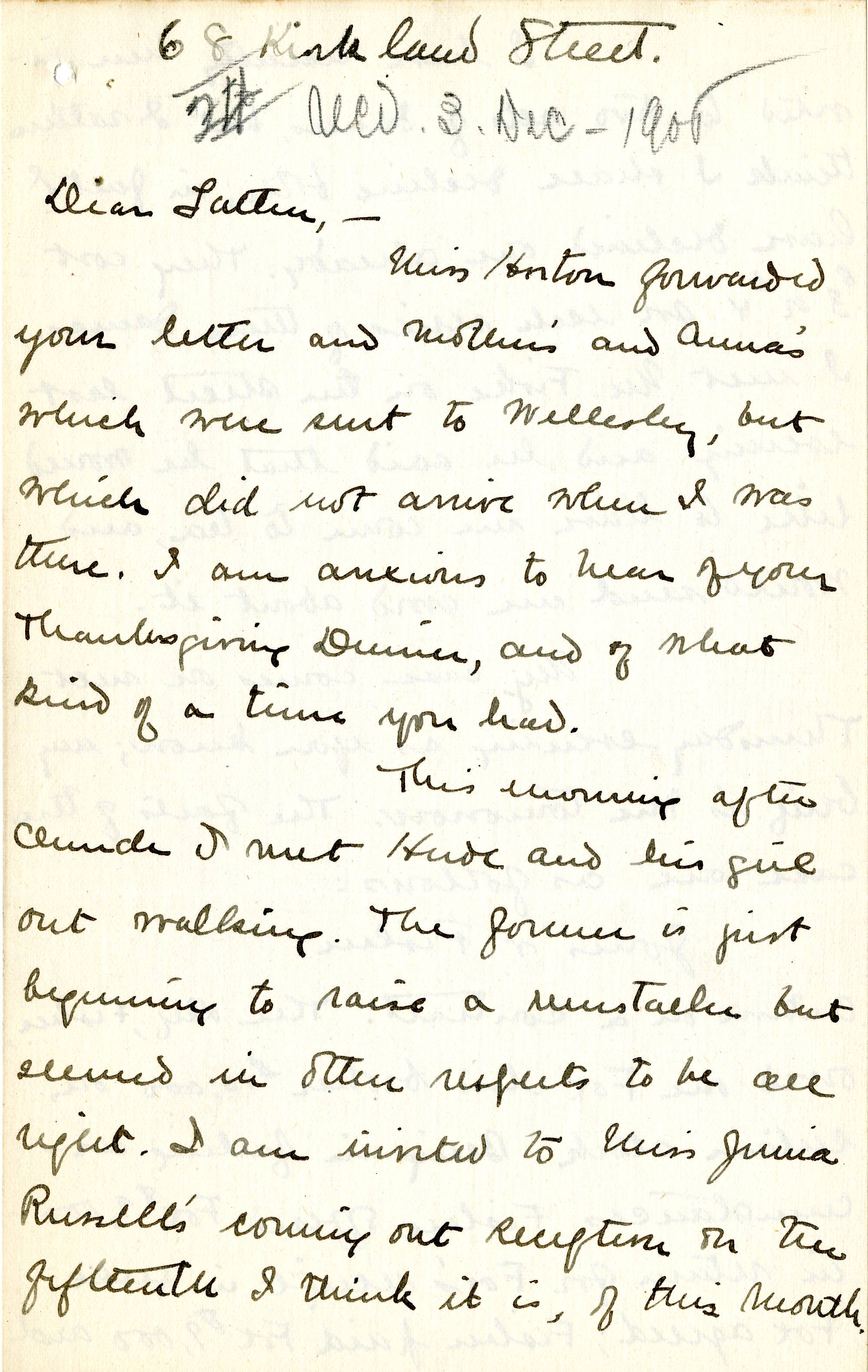 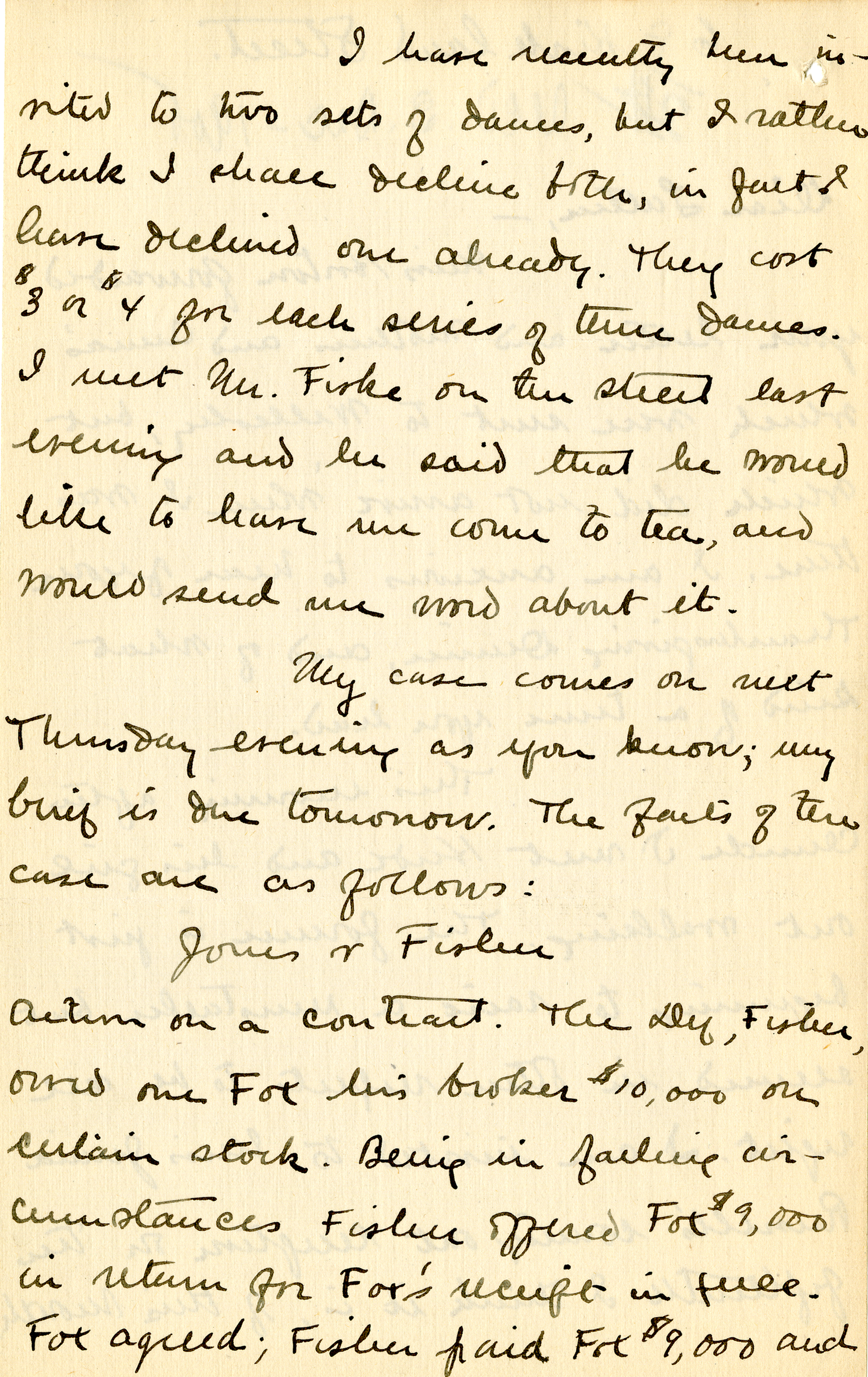 "I am invited to Miss Julie Russell's coming out Reception on the fifteenth I think it is, of this month. I have recently been invited to two sets of dances, but I rather think I shall decline both, in fact I declined one already. They cost $3 or $4 for each series of three dances. I met Mr. Fiske on the street last evening and he said that he would like to have me come to tea, and would send me word about it." 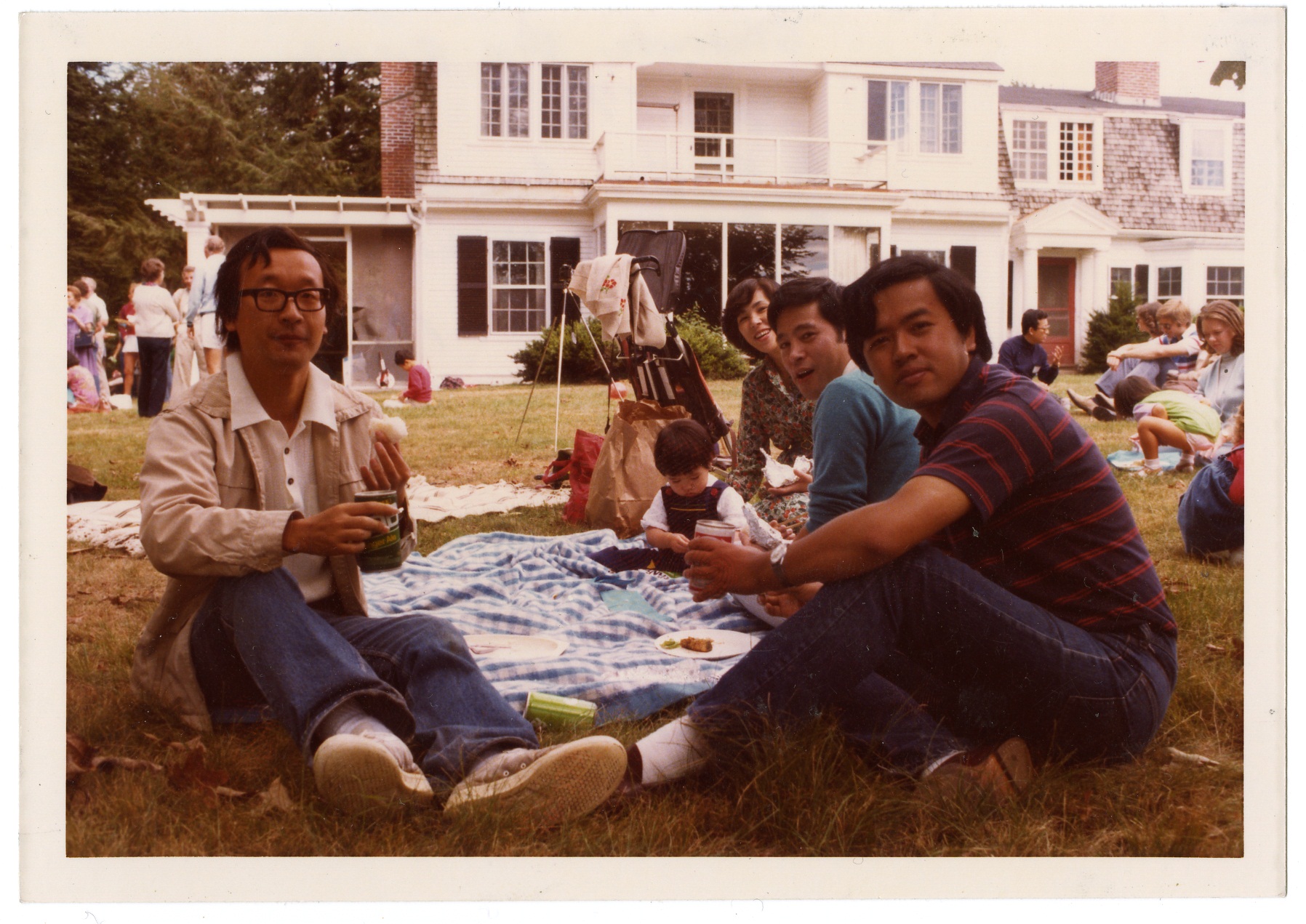 The assorted events calendars shown here highlight the multiplicity of events that occur on campus at any given time and how the boundaries between academics and social life often blur. The events calendars from the 1940s and 1950s printed in the Harvard Law School Record juxtapose the “outer world” and “outside world” with the “university world” and “legal world.” Though the distinctions between these worlds may sometimes be unclear, the intent of their events is often the same—to allow law students some release from the pressure of their studies. As the demographics of the school have changed, so too have the types of social gatherings and events that students participate in. 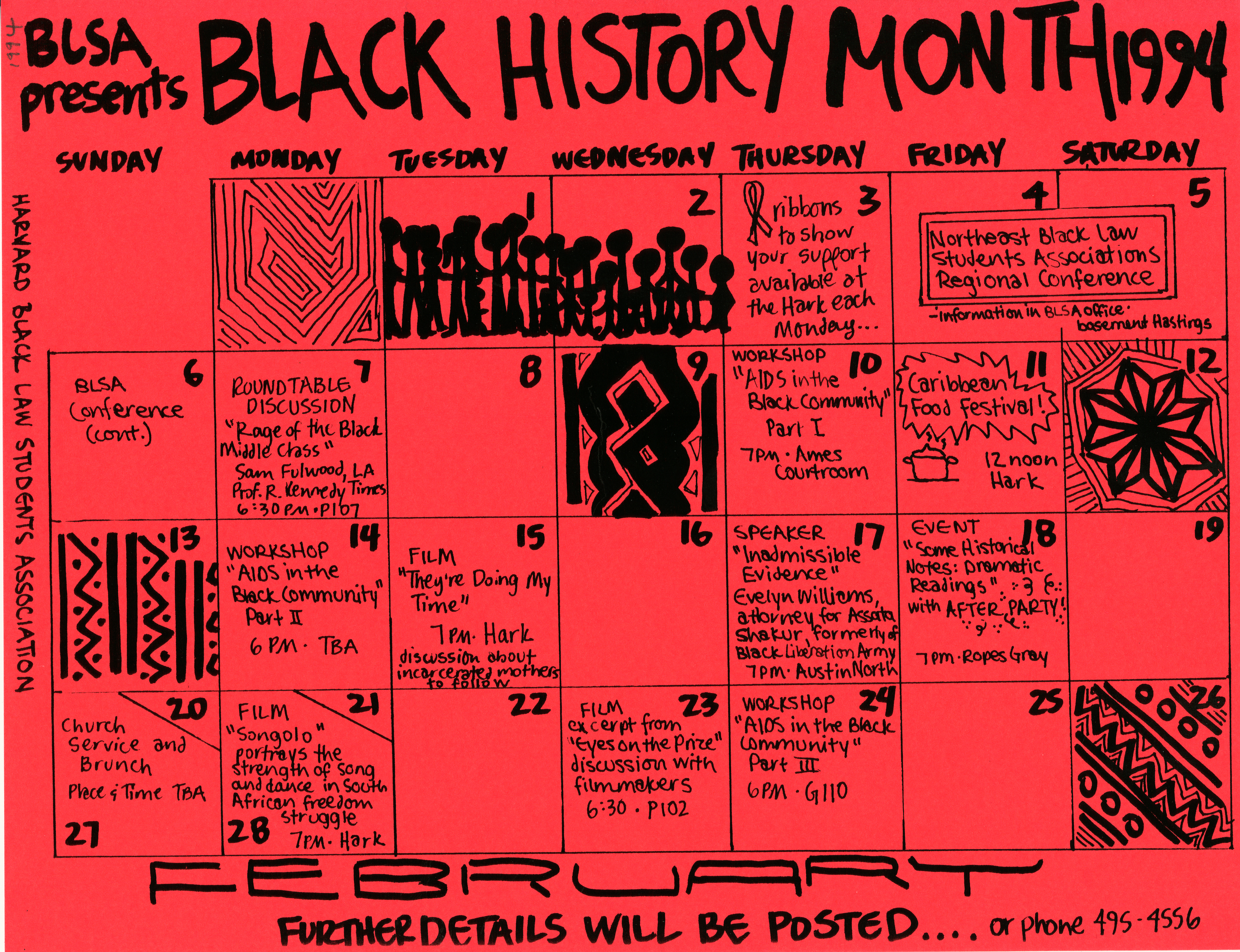 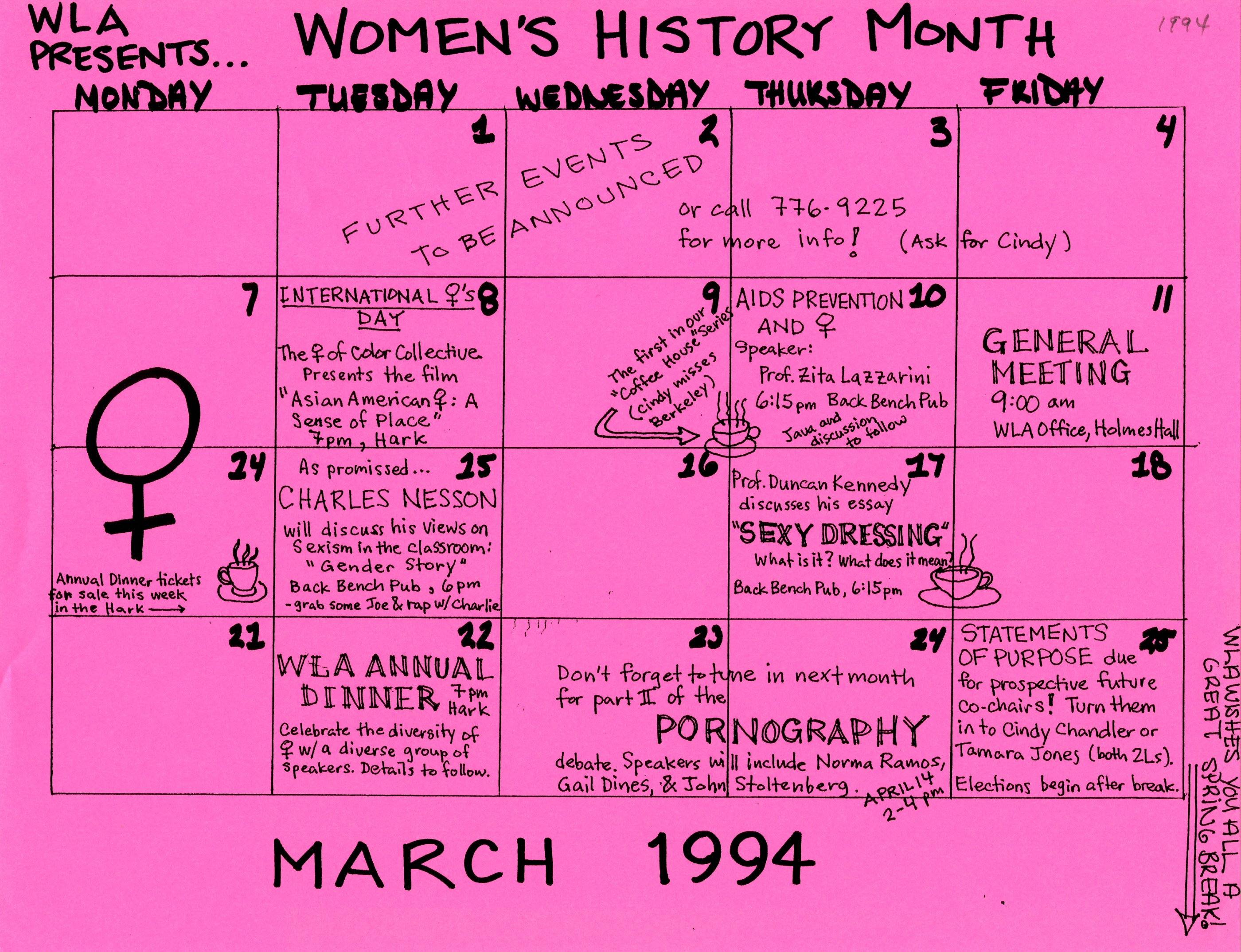