Learn about citation-based metrics, altmetrics, managing your publications, and more

iCite is a NIH-developed tool that provides metrics (traditional metrics, as well as metrics and visualizations developed by the NIH Office of Portfolio Analysis) about journal articles that are included in PubMed. You can search using author names, MeSH terms, or PubMed IDs -- you can search, using up to 10,000 PubMed IDs, for articles published as early as 1980. You can also upload a spreadsheet of PubMed IDs.

Results can be downloaded as a customized report for further use or visualization. You can use iCite to get a view of how the influence of your publications compares against other articles coming from NIH-funded research, or to demonstrate their actual and potential translation into clinical trials and guidelines.

These metrics include the following: 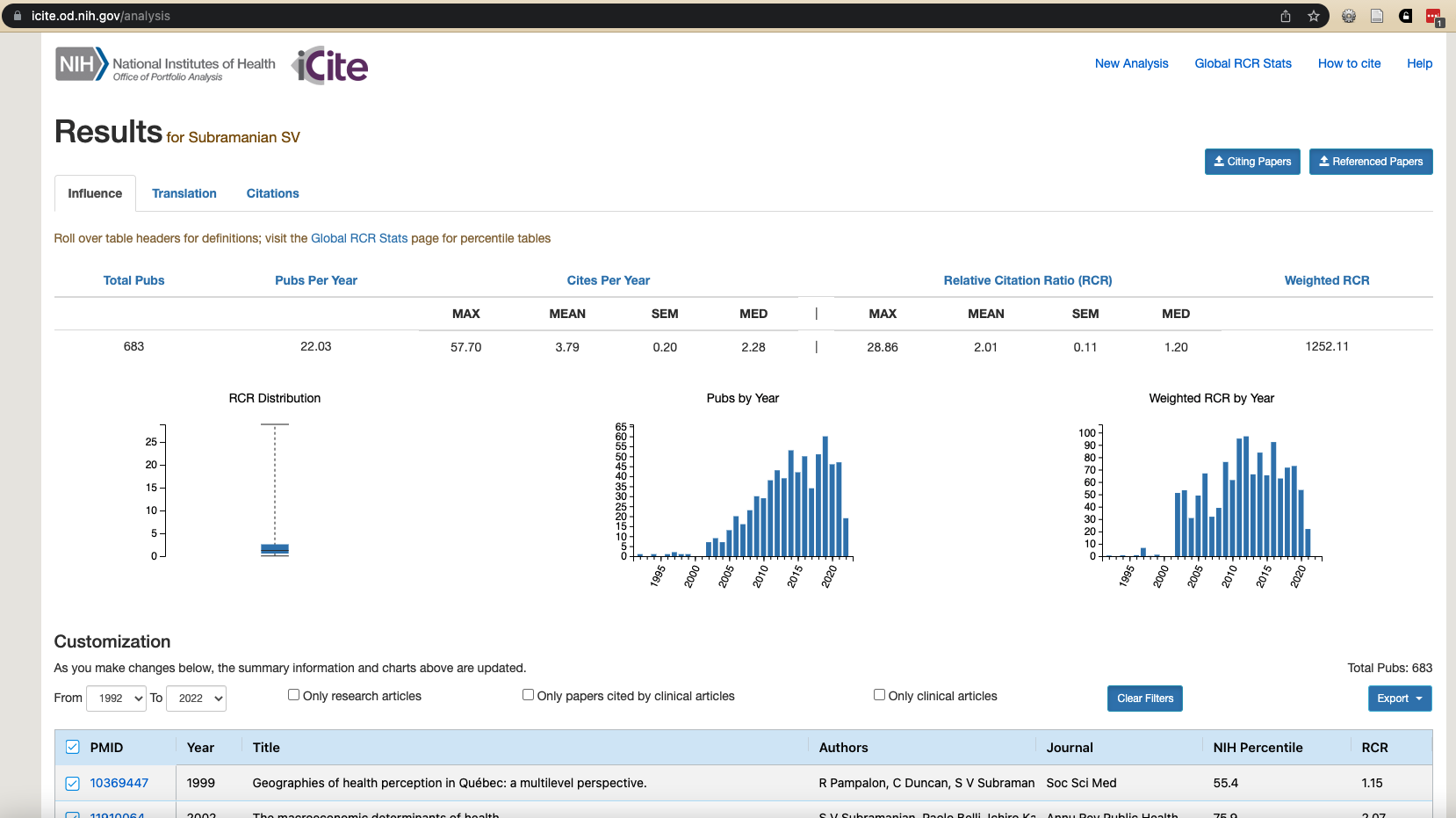 Publication in traditional venues are not the only way to share your work. Consider depositing copies of your publications in open access repositories such as DASH, in pre-print servers such as bioRxiv or medRxiv, and/or sharing your data via depositories like Dataverse. This helps your scholarship reach a broader audience, and thus leads to an increase in your research's impact.