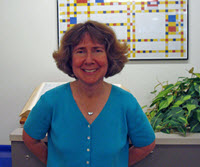 What is the Census?

The United States has conducted one national census every ten years beginning in 1790.  The U.S. Constitution mandates a decennial Census for the purpose of Congressional reapportionment.  The data collected have changed over the decades, and it is important to note these changes when comparing data over time.  An additional nationwide survey, the American Community Survey (ACS), began in 2005 in an effort to provide detailed information more frequently.

Here are some useful tools for finding both summary level and individual level census data, with context on when you might choose one tool over another.

Social Explorer
Presents current and historical census data for the United States through the use of interactive maps and reports. Currently provides access to data from 1790 to present at census tract, county, state and national level. They also pull in data on a number of specialty topics, such as US business patterns, housing price index, crime data, employer household dynamics and more. Social Explorer is particularly good for historical census data.

SimplyAnalytics (Geographic Research, Inc.)
Enables creation of maps and tables for the United States that incorporate data such as population, age, race, income, employment, and education.Harvard subscribes to premium content including Experian Simmons Local for market research data and D&B for business demographics.

Integrated Public Use Microdata Series (IPUMS-USA)
The Minnesota Population Center at the University of Minnesota collects, preserves and harmonizes U.S. census microdata and provides easy access to this data with enhanced documentation. Data includes decennial censuses from 1790 to 2010 and American Community Surveys (ACS) from 2000 to the present.