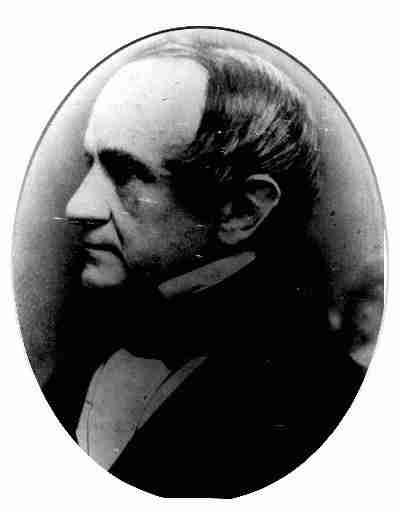 "I had been born in his absence."
--Manuscript Autobiography

John Gorham Palfrey was born May 2, 1796, the son of John and Mary Sturgis Gorham Palfrey. His grandfather, William Palfrey, had been a successful merchant, the secretary of the Sons of Liberty, and Paymaster General of the Continental Army; in 1780, he was appointed Consul General to France, but his ship sank en route. John’s father pursued careers in commerce and agriculture in Guyana, Boston, Baltimore, and Louisiana. John was born when his father was on a business voyage to South Carolina and the Baltic.

"Success in scholarship was my only chance for success in life."
--Manuscript Autobiography

He studied Greek and Latin with William Ellery Channing. With Jared Sparks, he was a "charity student" at Exeter. With Sparks and Convers Francis, he was a member of the Class of 1815 at Harvard and of the second class at the Divinity School.