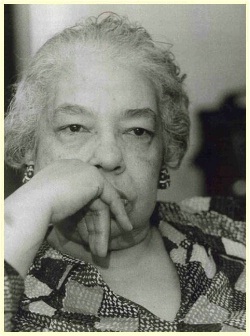 The granddaughter of former slaves and a native of Kentucky, Alice Dunnigan was a journalist, Capitol Hill reporter, author, and civil rights activist.  She worked for the Associated Negro Press and was the first African American woman journalist to have White House press credentials.  In 2013, the National Association of Black Journalists inducted Dunnigan into its Hall of Fame. 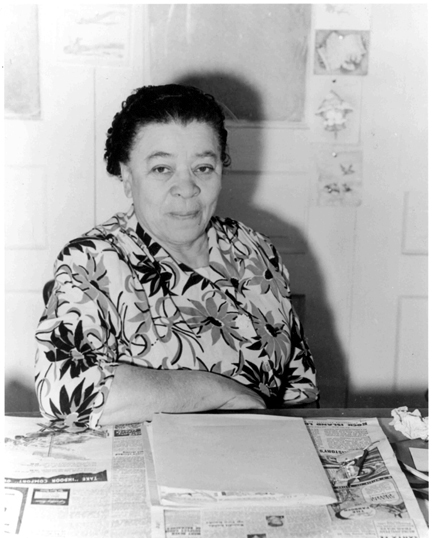 Born in Sumter, North Carolina, Spears Bass spent 10 years in Providence, RI writing for the Providence Watchman and then moved to California, where she wrote for, edited and later managed  the California Eagle. Its pages attacked D.W. Griffiths' Birth of a Nation for its glorification of the KKK, supported  the infantrymen involved in the Houston Race Riot in 1917, and covered the Scottboro Boys in 1931.  She helped to found the Progressive Party and in 1952, was their nominee for vice-president of the United States. 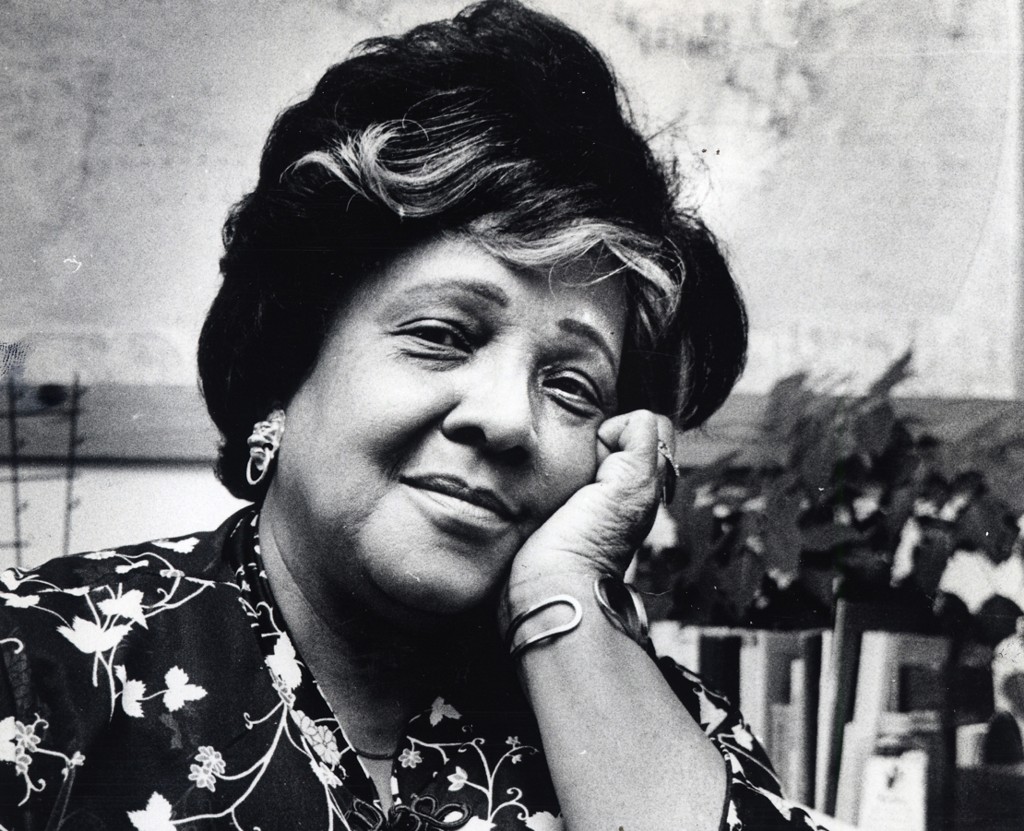 Known as "First Lady of the Black Press," Ethel Payne wrote for the Chicago Defender. Her eloquent reporting combined with civil rights advocacy and also with political acumen: eventually, she became the Defender's  Washington correspondent and bureau chief, covering the White House, Senate, State Department, and Pentagon. Payne was the paper's foreign correspondent for a time, too: reporting from Vietnam (1966), Nigeria (during the civil war in 1969), China (1972) and Africa (1976, during Secretary of State Henry Kissinger's visit). In 2002, the US Postal Service issued a commemorative stamp in her honor, as part of its "Women Journalists" series. Read more in the African American National Biography 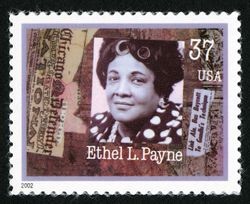 African American Studies Center: Produced by Oxford University Press and overseen by Harvard's Henry Louis Gates, Jr., the AASC bills itself as the "online authority on the African American experience." It draws its content from some of the most important reference works in the field and is continually updated.  At present, it contains more than 10,000 articles by top scholars from around the world, over 1,750 images, more than 300 primary sources with specially written commentaries, maps, charts, tables, timelines, and 6,000 biographies.  A key feature of the AASC is the "At a Glance" page, which brings together multiple entries on a subject or an individual for browsing.  See, for example:

Encyclopedia of African-American culture and history: the Black experience in the Americas. 2nd ed. Detroit: Macmillan Reference USA, c2006. 6 volumes.  Produced under the aegis of the Schomburg Center, the encyclopedia Includes a thorough introduction to the history of African American newspapers (see volume3, "Journalism, pp. 1203-1220).

The Afro-American Press and its Editors. A facsimile of the 1891 publication by Irvine Garland Penn, this was the first published study of the black press in the U.S. See the table of contents

The Black Press: Soldiers without Swords: Produced and directed by Stanley Nelson, this 1998 award-winning documentary was the first film to chronicle the history of the black press, including its central role in the construction of modern African American identity. The companion website provides a timeline, profiles of four major papers, information on black journalists of note (past and present), and a bibliography.

A full transcript of the film is available online via California Newsreel .

State of the News Media: Since 2004, the Pew Center's Project for Excellence in Journalism has produced an annual report on American journalism in all its formats and across the mainstream, alternative, and ethnic press industries.  African American newspapers, listed under the "Ethnic Press" category, are covered in the 2004 report and from 2007-forward.

E-resources for scholarly discussions of the Black press

One of the primary functions of Harvard's E-Resources (also know as "library databases") is to open up -- "un-cover"-- the contents of periodical literature (magazines, journals, newspapers), where important scholarship can lie hidden.  A search in HOLLIS will not identify journal articles, so E-Resources are an important complement to your catalog searches.

Good options  for locating research and discussions of African American newspapers include:

Academic Search Premier: A large, curated collection of content drawn from key academic journals across the disciplinary spectrum, along with important and widely-circulating general interest magazines.

Communication Abstracts: A database of more than 300 important journals that treat mass media and relateld fields.

America: History and Life: The premier e-resource for research and historical scholarship on the U.S. and Canada, from prehistory to the present.

International Index to Black Periodicals: IIBP provides citations to and summaries of articles from scholarly journals and newsletters published in the United States, Africa and the Caribbean. IIBP  also provides full-text access to the contents of core periodicals in Black Studies.

The HOLLIS catalog is vast -- according to the latest counts, more than 17 million items are listed there.

If searching it seems overwhelming, remember that you can streamline your results, using one or more of the facets that appear on the right-hand side of your results scree.

Simple words or phrases added to a search can power up your results as well.  Consider adding

Whenever you can, try to reformulate your keyword searches with the subject terms you'll find linked to every item in the HOLLIS catalog. Some examples:

When you are searching HOLLIS for certain types of research materials -- some African-American newspapers among them -- you may see the designation CRL or "Center for Research Libraries."  Here's what you need to know:

The Center for Research Libraries (CRL) is an international consortium of university, college, and independent research libraries, founded in 1949. The consortium acquires and preserves primary source materials in the humanities, sciences, and social sciences that are critical to advanced research. Newspapers, journals, documents, achives, and other traditional and digital resources, often too rare or too expensive to be widely held by many libraries are made available through CRL.

Materials that are originate from the CRL and that you find listed in HOLLIS may have an online link; those that don't can be requested by Harvard affiliates through Interlibrary Loan.