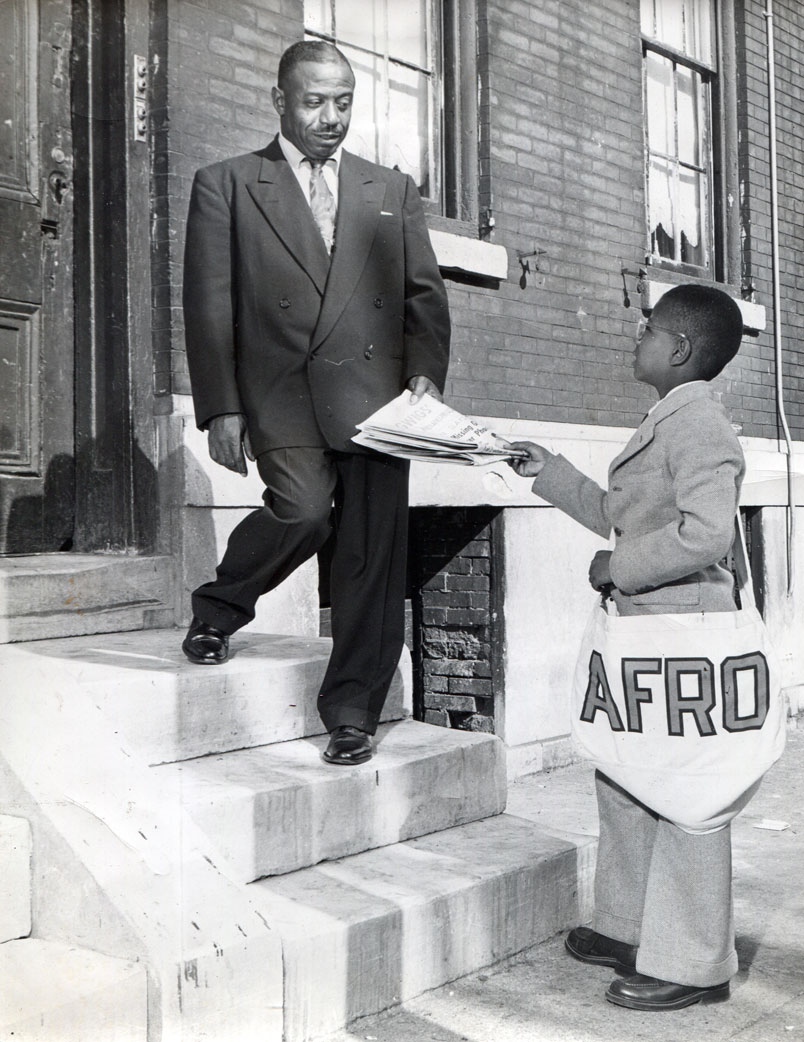 Newsboy Oliver E. Boykins on his route in 1953.  From a 2012 exhibition, "Growing Up AFRO: Snapshots of Black Childhood from the Afro-American Newspaper," at the  Reginald F. Lewis Museum of Maryland African American History and Culture

These guides typically identify newspaper titles, their geographic location/reach, and the libraries and repositories which have original or microform copies. Some of these guides will also provide brief publication histories, identify the subject focus of the newspaper, and list its editors.

These print resources can identify item-level contents of newspapers.