Medieval Studies in Microform to 1500

Guide: [INDEX Film A 532]. This materials is described in detail in: List of Ancient Correspondence of the Chancery and Exchequer Preserved in the Public Record Office. rev. ed. London, 1968 [Br Doc 40.7 (15) F]; and, Index to Ancient Correspondence of the Chancery and the Exchequer. London, 1969, 2 v. [Br Doc 40.8 (15) F]. This is a comprehensive index of persons and places contained in the PRO Class SCI. Spanning the reigns of King John to King Henry VII, the collection includes the correspondence of kings, bishops, Popes, noblemen, royal servants, and Lord Chancellors. Some topics covered are diplomatic relations between Britian and France; the political struggles between king and barons; ecclesiastical elections; the siege of castles; and trade. HOLLIS Record

Guide: [INDEX Film A 151] Description of contents and index of reels. These registers consist of documents issued by or directly concerning the Archbishops in their capacities as ordinary, metropolitan, and until the Reformation, papal legates.

Guide: [INDEX Film A 458]. In addition to the reel guide, a complete list of the contents of each reels is given at the beginning of the first reel. Scholars are also referred to DDavidM. Smith: Guide to the Bishops' Register of England and Wales: A Survey from the Middle Ages to the Abolition of the Episcopacy in 1646. London, 1981. [INDEX Film A 458.1] [WID-LC CD 1068.A S64x] This is a basic record of church activities: visitations, inquisitions, division of tithes, administration of the clergy's estates, royal and papal decrees, activity of Churh courts.

Guide: [Index Film A 616] Court and compotus rolls, dating from the 13th to the 16th century, housed at Longleat.

Guide: [INDEX Film A 566] These manuscripts provide the working records of the ecclesiastical jurisdiction and illustrate such issues as the morality of the laity and their religious behavior; marriage and illegitimacy; wills and the administration of intestates; church patronage and revenue. HOLLIS Record

Guide: The Hustings Rolls contain transcripts of deed of title read, and of testaments proved in the Court of Hustings, which was the principal court of medieval London. This collection presents the contents of the surviving 214 rolls and is organized as follows:

These documents reveal the workings of the court and allow one to trace the history of individual properties, and of the streets, markets and other features of London.

Guide: [INDEX Film A 239] Catalogue of manuscripts in the Library of the Honourable Society of the Inner Temple, edited by J. Conway Davies. London, 1972. 3 v. The microfilm set follows the catalogue directly.

List of contents of the microfilm: INDEX Film A 239.1

The medieval items in this large and varied collection include cartularies from the Augustinian Priory of Dunstable (c. 1331) and from the Cathedral Church of Salisbury; statues, legal tracts; yearbooks from the reigns of Edward I (Michaelmas Term 26-7 (1297) and Edward III.

This collection documents the activities of three courts at Tamworth: the View of Frankpledge or Great Court of Tamworth (Magna Curia); the Portmanmoot or Little Court (Curia parva); and the Piepowder Court. The Great Court dealt with offenses which were not regarded as serious enough to place before the King's courts and fell short of felony: theft, assault, offenses against the peace, and violations of acceptable trading practices; trespass. The Little Court dealt with personal pleas of trespass, land transactions and general common suits. The primary function of the Piepowder Court was to provide travelling merchants with quick and binding judgements on grievances they might raise. The records illustrate the emergence of Tamworth from a manorial concern to a self-governing urban community.

The law manuscripts cover a wide range of cononical, ecclesiastical and civil law texts, including Anglo-Saxon law terms. Also included is a Decreta pontificium of the 12th centiry from Christ Church, Canterbury, which contains a letter of Pope Alexander to Langfranc.

Property and Privilege in Medieval and Early Modern England and Wales: Cartularies and Other Registers, ca. 1000 - ca. 1600. [Film A 572] HOLLIS Record

Guides: For a general survey, see G. R. C. Davis: Medieval Cartularies of Great Britain. London, 1958. The cartularies in the British Library account for about half of all the cartularies to be found in public ownership. These are described in: [INDEX A 572; Br 58.12]. Index to the Charters and Rolls in the Department of Manuscripts, British Museum, edited by H. J. Ellis and P. B. Bickley. London, 1910-1912. 2 v. (Also known as the Index locorum.) and calendared in: Calendars of Charters and Rolls in the Manuscript Collections of the British Library. 18 reels. (See item no. 2 of this guide.) The cartularies include title deeds, charters of privilege and other documents kept by medieval landowners as evidence of their rights. They illustrate the power of monasteries and ecclesiastical landowners, and the growth and influence of the great noble families.

Guide: [INDEX Microfiche W 3040] This is not a set of primary source materials but rather a group of minutely detailed histories based on records kept by religious houses, livery companies, parishes and other property holders from 1200 to 1666. The gazetteers are arranged parish by parish and include maps, reconstruction plans of all the houses, churches and other properties. The primary sources used to compile the gazetteers are listed in: A Survey of Documentary Sources for Property Holding in London Before the Great Fire by Derek Keene and Vanessa Harding. London, 1985. Extensive use has been made of the deeds and wills enrolled in the Court of Hustings described in item no. 36 below. [Br 4305.30 (22)] HOLLIS Record

Guide: [*]
The Hustings Rolls contain transcripts of deeds of title read, and of testaments proved in the Court of Hustings, which was the principal court of medieval London. This collection presents the contents of the surviving 214 rolls and is organized as follows:

These documents allow one to trace the history of individual properties, and of the streets, markets and other features of London. The deeds regularly specify parishes, street names, and the names of abutting tenements and frequently give measurements and other details of the property.

The role of the livery companies was central to the increasing economic dominance of the City of London between the 14th and the 17th centuries. These records trace the development of numerous trades and crafts as well as provide detailed social and biographical information about the inhabitants of the City and the religious and educational works in which the livery companies were involved. The collection includes records of the charitable foundatios, schools, almshouses and hospitals instituted or funded by the companies.

The Manor in Medieval England: A Record of Economic and Social Life. Series 1: Records of Durham Cathedral Priory, 1235-1700. [*]

Guide: [INDEX Microfiche W 1917]. The Essex Village of Earls Colne is the most fully documented village in England. Surviving records include a good series of manorial records, account books, a diary and an early 16th century map. The transcribed documents (numbering 7,000 pages) are divided into three sections: the Church, the State, the Estate, each of which is accompanied by a printed guide. In addition, there are five indexes: date (chronological listing); name; subject; land; place.

Guides: [INDEX Microfiche W 3066.1]. Index by reign and by fiche. [INDEX Microfiche W 3066.2]. Introduction by Robin Studd.
This collection documents the activities of three courts at Tamworth: the View of Frankpledge or Creat Court of Tamworth (Magna curia); the Portmanmoot or Little Court (Curia parva); and the Piedpowder Court. The records illustrate the emergence of Tamworth from a manorial concern to a self-governing community and shed light on the effectiveness of the rule of law and local government. (See also the description of this collection in item no. 31.)

All Cambridge University Library manuscripts are described in:

Guide: Contents and full description of each manuscript are given of the first reels of each part.

Guide: [INDEX Film A 570] HOLLIS Record list of contents by reel.
This large and varied collection includes warrants from Richard II to his Chancellor; documents dealing with Church lands, manorial estates and appointments; the Black Book of the Abbey of Bury St. Edmunds, 12th - 15th century (Mm IV 19); a cartulary of the Priory of St. Grefory at Canterbury (L1 II 15); a formulary from the Monastery of St. Albans (Ee IV 20). The chronicles include various examples of Geoffrey of Monmouth's History of Britian; a brief sketch of the kings of England from William I to Richard I; a history of the Dukes of Normandy, La geste de France.

Guides: [INDEX Film A 587] reel guide. There is also an index on reel 1 of each part. [INDEX Film A 587.1]. The manuscript are described in A Catalog of the Manuscripts in the Cottonian Library Deposited in the British Museum. Hildesheim, 1974 (reprint of the 1802 edition). 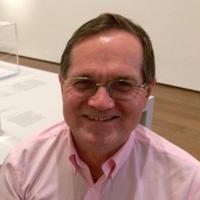