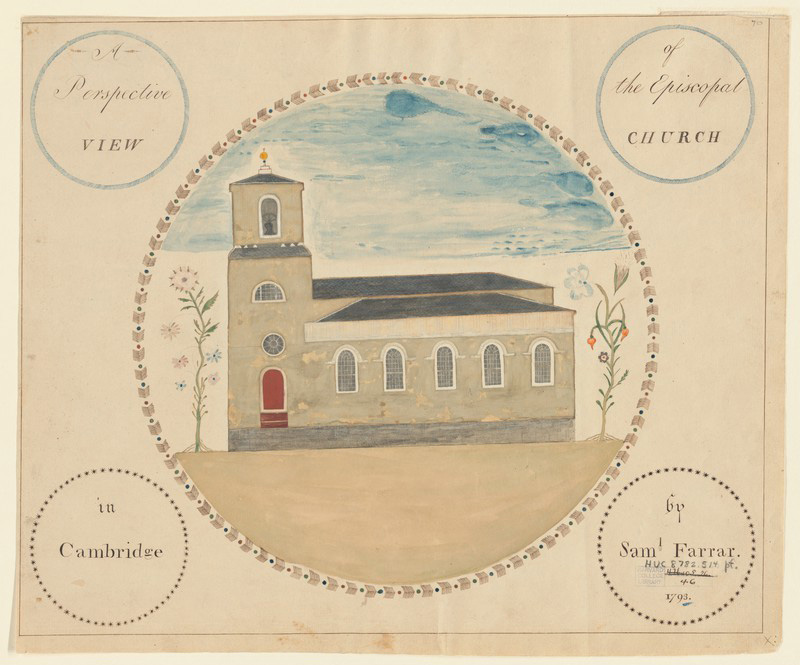 Harvard was founded by an act of the Massachusetts General Court to train and educate clergy for service in the new, English-speaking world. As a result, religion played a large role in life at Harvard throughout the 17th and 18th centuries. This role is evidenced in early University records, lectures, and personal papers, and it is documented in a curriculum largely focused on religion, with an emphasis on the study of Greek, Latin, and Hebrew to advance the reading and interpretation of scripture.

All of Harvard's 17th-century presidents were clergymen, and Harvard's sixth president, Increase Mather, attempted to alter Harvard's charter to reflect his orthodox puritan beliefs; he also emphasized the use of Biblical and Christian writings in the teaching of ethics. College administrators regularly debated the role that religion should play, and faculty—even those teaching science, such as Samuel Williams in the late 18th century—gave sermons to their students.

To accept his position as Harvard's first instructor of Hebrew in 1722, Judah Monis converted from Judaism to Christianity, and was baptized in a public ceremony. Before being installed as the Hollis Professor of Divinity in 1722, Edward Wigglesworth was asked to confirm his belief in the "divine right of infant baptism."

Donations to the College often included religious stipulations. A 1750 donation from Paul Dudley, Chief Justice of the Massachusetts Supreme Court, bequeathed funds to Harvard to support a yearly sermon on one of four themes: natural religion, revealed religion, the "Romish church," and the validity of ministers. The ensuing Dudleian lecture continues to the present, and is the oldest endowed lecture at Harvard.

Harvard received financial support from the Scottish Society for Propagating Christian Knowledge, an organization chartered for the purpose of converting the New England Indians to Christianity. Harvard administered funds for missionary activities chiefly in western Massachusetts and eastern New York state. In return, Harvard received financial support for the College. Notable Harvard missionaries included John Sergeant and Samuel Kirkland, whose journals are located in the records of grants for work among the Indians.

Search HOLLIS, the Harvard Library catalog, to find descriptions and links to online content for 17th and 18th century collections in the Harvard University Archives.

See also Colonial North America at Harvard Library for online access to 17th and 18th century collections held by the Harvard University Archives and other special collections and archives at Harvard.