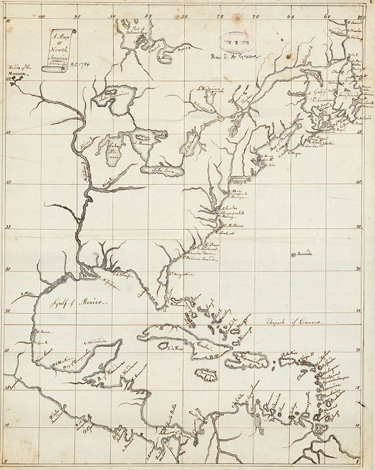 Harvard's status as the oldest corporation in the Western Hemisphere had been augmented by continuous interactions with political and governmental leaders. As a result, Harvard's role expanded beyond the realm of education and onto the international stage as the 17th and 18th centuries progressed.

Harvard's presidents, or their representatives, frequently traveled to England to convey developments at the College and to solicit donations from benefactors. Harvard's faculty, including scientist John Winthrop, presented their scientific and astronomical work to the Royal Society and to the larger scientific community.

As evidenced in the John Hancock Collection, the Harvard treasurer created a tenuous situation for the College when he took the institution's financial records with him to Philadelphia for meetings of the Continental Congress in 1776. During the Revolutionary War, the College served as a barracks for the Continental army, housing soldiers in Hollis, Stoughton, and Massachusetts halls. Though the College itself relocated to Concord during the conflict, the revolutionary fervor sweeping the colonies was evident in the riotous student conduct.

Search HOLLIS, the Harvard Library catalog, to find descriptions and links to online content for 17th and 18th century collections in the Harvard University Archives.

See also Colonial North America at Harvard Library for online access to 17th and 18th century collections held by the Harvard University Archives and other special collections and archives at Harvard.