A guide to material relating to W.E.B. Du Bois in the collections of the Harvard University Archives 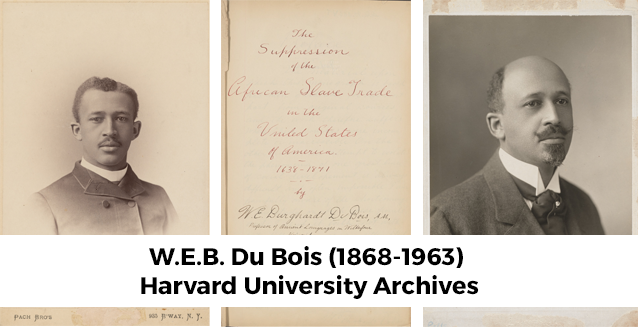 William Edward Burghardt Du Bois (1868-1963) was an American historian, sociologist, and civil rights activist. After receiving a bachelor's degree from Fisk University in 1888, Du Bois entered Harvard College as a junior and received his second bachelor's degree in 1890. He completed his graduate work at Harvard in 1895, where he was the first African American to receive a PhD.

A number of collections in the Harvard University Archives include materials that relate to Du Bois’s student experiences at Harvard and his later career.