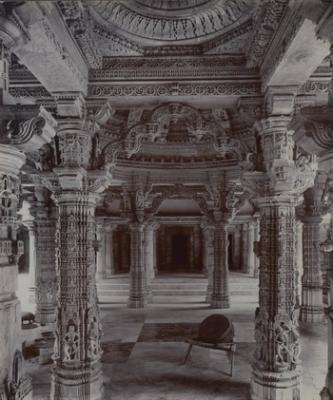 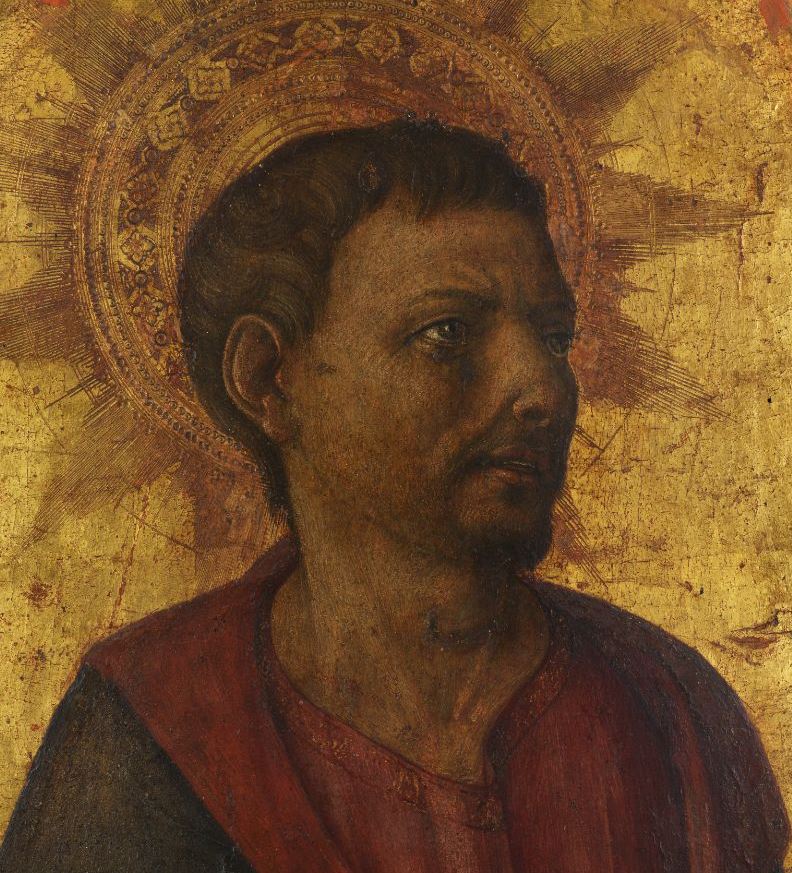 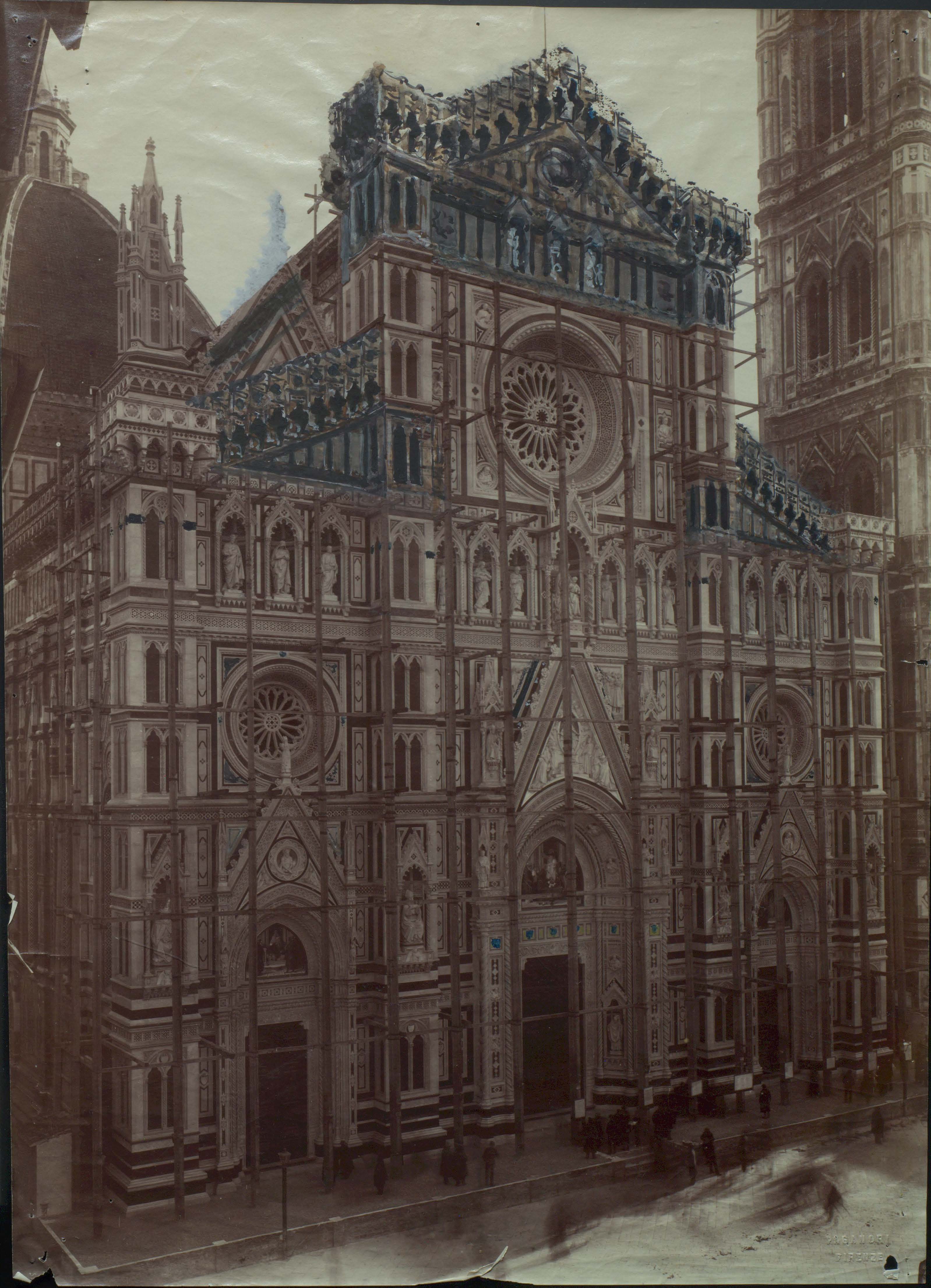 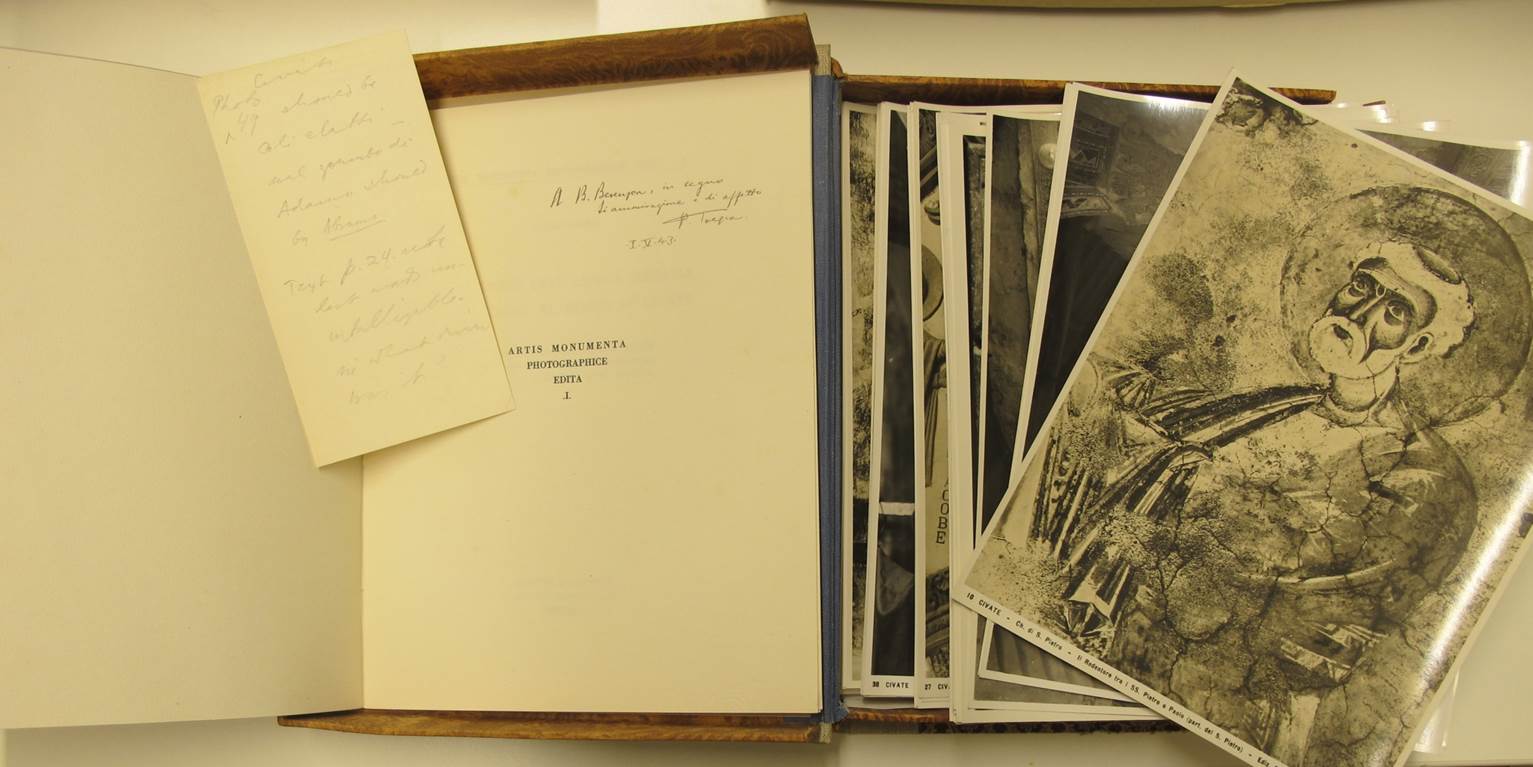 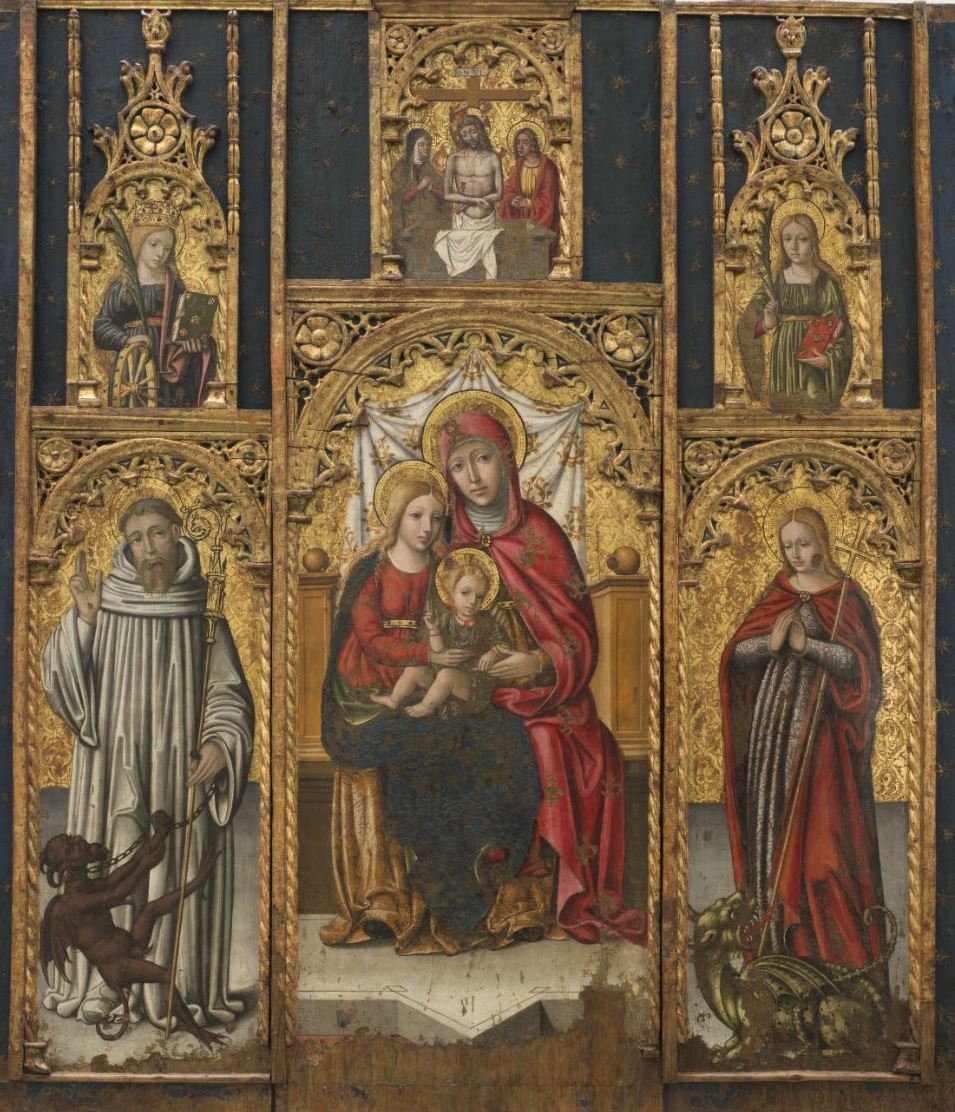 The bulk of the library's core photograph collection focuses on Italian painting and drawing of the late Middle Ages and Renaissance from 1250 to 1600. There is a vast documentation for this part of the collection, as a single artwork is often represented by multiple prints from different periods. The collection was created by Bernard Berenson (1865-1959). After his death many study photograph collections once belonging to other art historians or conservators were added to the original nucleus. These include, for example, photographs from Hermann Voss (1884-1969), George Kaftal (1897-1987), Henry P. Clifford (1904-1975), Giuseppe Marchini (1914-1986), Frederick Hartt (1914-1991), Gerhard Ewald (1927-1997), Andrea Rothe, and Studio Cabras.

The collection is arranged geographically and then by artist in chronological order. The Florentine, Sienese, Venetian, North, Central and South Italian schools now are represented by more than 153,000 photographs. An additional 17,000 photographs document Later Italian painting (17th - 20th cent.) and Italian sculpture.

For all artists within these groups, collection-level records for individual artists or distinct groups  have been created and are available through Hollis+. These artist files provide a summary description of the holdings in order to facilitate users' research. A significant number of the photographs has been cataloged individually and images and catalog accessible through Harvard Library's catalogs. Check the Digital Images section of this guide to have an overview of digitized and born-digital images.

The Frederick Mason Perkins photographs and papers include vintage 7,727 photographic prints reproducing European artworks dated from the 13th to the 18th century. The bulk of the collection documents Italian painting mainly from the regions of Florence, Siena, and parts of Central Italy.

The collection provides detailed documentation of paintings and sculptures in American and European private collections and museums during the late 19th and early 20th century, offering an overview of collectors' preferences and taste in that period. On the versos of the photos there are notes by Mason Perkins and Vavasour Elder related to the attribution, date, and literature of the artworks, but most importantly, notes include rich provenance information for the paintings. The materials extensively document some of the most important collections of the time and they also record the activity of numerous art dealers in Europe and the U.S. Some interesting photographs show art forgeries that were once accepted as genuine.

In addition to the photographs, the collection contains also a limited number of other materials forming series II and III and including notes, photographers' receipts, and scholarly and personal correspondence (258 letters) of interest for art historiography and the history of photography.

The 2,788 black-and-white photographic prints of this collection were produced by Keppel Archibald Cameron Creswell (1879-1974), a pioneer in Islamic architectural history, from around 1919 to the 1960's. The photographs were sent to art historian Bernard Berenson, a friend of Creswell and possibly a patron. They include general and detailed views of architecture and sites in present day Iraq, Syria, Palestine, Israel, Tunisia, Turkey, and Egypt. The Berenson collection overlaps somewhat with the 2,690 Creswell photographs held at Harvard University's Fine Arts Library.

The digitized images can be accessed here.

The collection includes photographic materials (prints and transparencies) as well as letters, clippings, offprints and exhibitions brochures related to Nancy Ward Neilson's research activities. The bulk of the collection is about late 16th - early 17th century paintings and drawings of the lombard school, and especially the painters Cerano (Giovani Battista Crespi), Daniele Crespi, Giulio Cesare Procaccini, and Camillo Procaccini. Photographs reproduce also paintings of other Italian, French, and Flemish schools. A vast quantity of clippings from auction catalogs document the activity of the Sotheby's branch in Milan and other auction houses and art dealers activity in Italy and the US from the 1970's to 2017.

The Committee to Rescue Italian Art (CRIA) was founded to restore cultural heritage damaged by the 1966 Florentine flood. Villa I Tatti was one of the Committee's two headquarters in Florence (the other was in Palazzo Pitti).
The photographs series of the collection consists of 162 folders containing visual documentation on the damage to Florence's cultural heritage and the Committee's efforts to rescue and restore these works. Records are divided into five subseries: Florentine Flood Scenes; Florentine Flooded Monuments, Documents and Works of Art; Florence CRIA projects Allocations; Marche; and Venice.

All images have been digitized and are now available through the online exhibition for the 50th anniversary of the 1966 flood.

Photographic prints of Italian drawings from the Uffizi Gallery in Florence. The original negatives are kept in the Gabinetto Fotografico, Florence. The bulk of the collection (2,769 photographs) consists of reproductions of architectural drawings of the 15th-17th centuries. Most of the photographs were taken by the Florentine photographer Paolo Nannoni (1948-2008). Other additions include photographs donated by art historians Giuseppe Marchini (1997) and Sabine Eiche (2006).

The collection, mostly part of Bernard Berenson's original photo archive, consists of 3,829 images of Early Christian and Byzantine monuments in various countries in the eastern Mediterranean. Most of the photographs show churches, paintings, and mosaics in Cyprus, Greece, Italy, and Turkey as they were before 1930. Most of them were acquired by Berenson from art historians Arthur Kingsley Porter (1883-1933) and Gabriel Millet (1867-1953), while other photos of icons, ivories, jewelry and textiles were sent by American and European art collectors. A significant number of photographs was taken by Josephine Powell (1919-2007) and the Istanbul based photograph studio of Sebah & Joaillier.

This rich visual documentation of south Asia, quite rare in Italy, came to I Tatti in the years around 1914, when a receipt documents a purchase by Berenson of a number of photographs from the studio of Johnston & Hoffmann. P.A. Johnston (d.1891) and Theodore Julius Hoffmann (1855-1921) began working in Calcutta in 1880 and they soon became one of the most successful studios for commercial photography in India in the late 19th and early 20th centuries. The collection contains 2,201 gelatin prints that illustrate monuments in India, Sri Lanka and other parts of south Asia. They are classified as part of the Asian and Islamic collection of the Photo Archive.

The activity and interests of the architect and art historian Roberto Papini (1883-1957) are documented in the 568 photographic prints that are part of this collection. Of particular interest is the material documenting interiors, furniture and objects shown in various Italian and foreign exhibitions (1920's-1930's).

Photographs and glass negatives representing works of art that have been treated by the conservator Giannino Marchig (1897-1983) between 1930 and 1949. The collection includes Italian and non-Italian artworks, mainly sacred but also profane subjects, numerous portraits, and a small group of still life paintings. A wide range of artists and schools from the XII up to XIX centuries is represented, including large number of Venetian paintings, a school about which Marchig had considerable expertise.

The materials highlight Emilio Marcucci’s (1837-1890) activity as an amateur architect and the special use of photographs he made while working in his architectural projects. He was keen to cut photos representing monuments or sculptures and assembling the various pieces in different ways while working on his projects. The collection offers an important documentation of the revival of Gothic and Renaissance styles in 19th-century architecture in Italy. It includes vintage photographs, drawings and architectural plans of churches and palazzi in Tuscany. In addition to that there is a large number of files about various places in Italy, such as Milan, Bologna, Genoa, Rome, the Apulia region, and others.

The collection, part of Bernard Berenson's original photo archive, includes 982 reproductions of paintings, sculptures, bronzes, porcelain, jades, textiles and ambers held in museums or private collections in America, Europe and Australia. Most are artifacts in the British Museum in London, Fogg Museum of Art (Cambridge), Metropolitan Museum (New York), Freer Gallery of Art (Washington D.C.), Nelson-Atkins Museum of Art (Kansas City), and the Museum of Fine Arts (Boston). Of particular interest are 8 panoramic photographs and the rubbings of Han tombstones.

The collection, part of Bernard Berenson's original photo archive, includes 149 reproductions of Japanese paintings and sculptures held in museums or private collections in America, Europe and Japan. Most are artifacts in the Fogg Museum (Cambridge), Museo d'arte Orientale E. Chiossone (Genoa) and in Japanese collections in Hyōgo, Kanagawa, Kyoto, Nara, and Tokyo. There are images from various identified and unidentified artists. Many photographs were obtained during the exhibition of Japanese painting and sculpture, January 15 – February 15 1953, National Gallery Washington D.C.

The collection comprises photographs taken by Freya Stark in her 1954 trip in the western and southern coasts of Turkey. The photos depict Classical ruins, Islamic architecture, landscapes, and local people. They document Freya Stark's activity as an explorer and travel writer and her love for the Muslim world. During that journey Stark prepared her books Ionia a Quest, The Lycian Shore, Alexander's Path.

The collection includes black-and-white photographic prints depicting Byzantine, Seljuk, and Ottoman monuments in Turkey and Syria. Most of the photographs show decorative elements such as reliefs, mihrabs, brick surfaces, and tileworks. Some additional images depict everyday life scenes. The images are examples of Fine-art photography and not mere documentary reproductions of specific subjects, as Hill tried to express his emotions and ideas about the places he visited. Some of them were published in Derek Hill's publications.

The collection includes 177 photographs sent to Bernard Berenson by Alessandro Contini Bonacossi (1878-1955). All represent Italian and Spanish old master paintings, apart from two images of two 15th c. marble reliefs. Some photographs offer views of Villa Vittoria in Florence with the Contini Bonacossi collection exhibited in the various rooms. Handwritten notes on the verso of the photographs provide information on early attributions. Most of the carbon prints were made by the photographer Vittorio Jacquier (1865-1935) while numerous gelatin silver prints are from the Foto Reali firm.

Giorgio Castelfranco (1896-1978) was an art historian and officer of the Italian Fine Arts Admnistration. His professional papers collection include 12 boxes of photographs and 196 glass plates documenting his art historical interests. A significant number of photographs represent paintings of Leonardo da Vinci and Giorgio de Chirico.