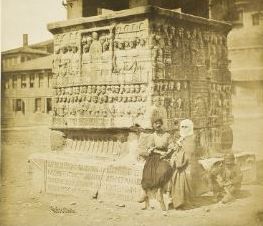 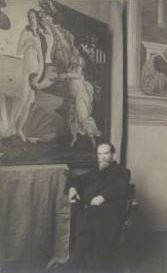 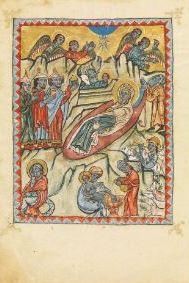 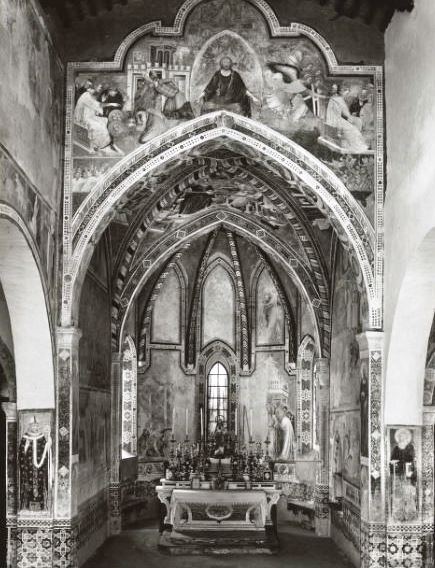 The Artis monumenta photographice edita is a monograph series edited by art historian Pietro Toesca in the 1940's. Brief explanatory texts are accompanied by photographs taken by photographers Bencini & Sansoni.

This rare volume was published in 1853 and consists of 20 salted paper prints representing views of Byzantine and Ottoman monuments, panoramic views across the Bosphorus and scenes of street life as seen by the English photographer James Robertson (1813-1888).

Album of black-and-white photographs created by Nicky Mariano in 1942. Most images document Berenson's art collection at his residence Villa I Tatti in Florence, Italy. The bulk of them are Italian old master paintings and Asian sculpture. A few images show the villa's library and gardens. Click here for the digital copy of the album.

The two photograph albums document the famous collection of the Cini Foundation in Venice. The collection was created after World War II by the businessman and politician Vittorio Cini, a friend of Bernard Berenson.

This album created by Mary Berenson in 1930's includes photos of Nicholas Lochoff's copies of famous Italian paintings. The works include copies by Simone Martini and Sandro Botticelli, among others.

This volume consists of 80 albumen prints made by Eugene Clutterbuck Impey (1830-1904). Impey was an amateur photographer and member of the Committee of the Photographic Society of Bengal, in service of the British administration in India in the 19th century. The book was published in 1865 and inlcudes views of temples, palaces and other monuments in Agra, Delhi and Rajpootana.

This 19th century facsimile was acquired (without the text volume) in 2010 through the bequest of Elizabeth MacGillivray Voli and the generosity of Houghton Library. The volume includes 110 albumen prints made by photographer Antonio Perini (1830-1879) in 1862. The photographs represent miniatures variously attributed to Gerard van der Meire, Alexander Bening, Gerard Horebout, Lievin van Lathem, Jan Grossaert, and others. Recently it underwent conservation treatment and is now available for consultation.

Extensive photograph campaign of Byzantine art undertaken by Georgios Tsimas and Pericles Papahadjidakis (1905-1990). In 1930 the two photographers published the mosaics of the monastery Nea Moni on Chios. They continued their collaboration with the documentation of architecture, paintings and manuscripts in monasteries of Mount Athos.
The Berenson Library owns twenty handmade portfolios of this series. Each of them includes 60 gelatin silver prints mount on cardboard with Tsimas's handwritten notes.

Photographs of the frescoes in the church of St. Panteleimon in Gorno Nerezi, a small 12th century Byzantine church located in a monastery complex. The frescoes are famous examples of Byzantine art of the Comnenian period, depicting scenes from the Passion of Christ and various hagiographical illustrations.

The two albums are the product of the photo campaign commissioned by the Civil Engineering office (Genio Civile) in Rome from the D’Alessandri brothers, in order to document the state of the Tiber before and after the construction of the river’s banks (1876-1926). The 96 albumen prints show the Tiber before and during the progress of the work.

Two albums documenting Bernard Berenson's trip in Yugoslavia in 1936. The first album includes external views of the monasteries with special attention to the surrounding landscapes. The reproductions of the second album offer general and detailed views of mural paintings.

The twenty one photographs of this album document the mural paintings in the 15th century church of San Giacomo Livo in Lombardy.

A photo album with 100 reproductions of objects from the collection of the Hungarian art dealer Joseph Brummer (1883-1947). After his death the collection was acquired by the Metropolitan Museum in New York. The core of the collection consisted of Classical and Renaissance art.

Laurance Roberts (1907-2002) was director of the Brooklyn Museum and director of the American Academy in Rome. The more than 40 albums created by his wife Isabel spanning the years 1910-1978 document the Roberts’s life, with their international travels, and their intense social life, noting with precision names of places, dates, and people. Sometimes the photographs show important sites and monuments that no longer exist.