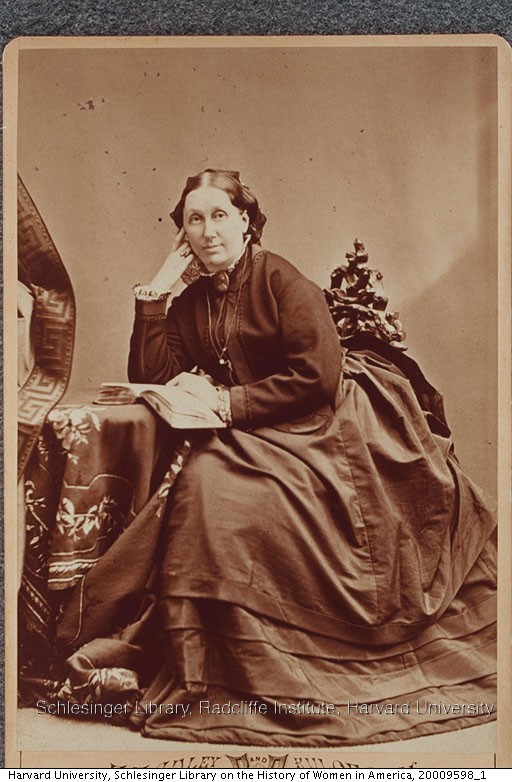 Elizabeth Cabot Cary Agassiz (1822-1907) was an author and educator who was instrumental in the founding of Radcliffe College.  She is also known as the wife of Louis Agassiz (1807-1873), well-known Swiss naturalist and founder of the MCZ.

Elizabeth Agassiz' father was a successful businessman and her mother came from a prominent Boston family. She married Louis Agassiz in 1850. In 1855 the Agassiz family opened a day school for girls in their home; Harvard professors including James Lowell and Benjamin Pierce taught classes as did Louis Agassiz himself. Elizabeth Agassiz' stepchildren, Alexander Agassiz (1834-1910), Ida Agassiz Higginson (1837-1935) and Pauline Agassiz Shaw (1841-1917), also taught at the school. In 1873, Louis and Elizabeth Agassiz founded the Anderson School of Natural History, a coeducational school of marine science on Penikese Island in Buzzard's Bay, Massachusetts.

Elizabeth helped organize and manage several of Louis's expeditions and she co-authored with Louis an account of their trip to the Amazon. She was the official record keeper for the Hassler Expedition to South America and wrote articles about it for the Atlantic Monthly.  She collaborated with Alexander Agassiz on Seaside Studies in Natural History, a marine biology primer for a general audience.

An advocate for women's education, Elizabeth Agassiz was instrumental in establishing what became Radcliffe College and served as its first president, 1882-1892.