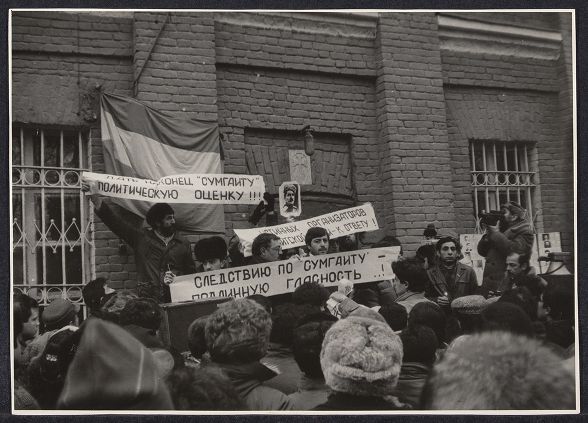 The collection contains leaflets, posters, newspapers, photographs etc. relating to the political events and ethnic relations in the Soviet republics (except Russia, Ukraine, Kyrgyzstan and Turkmenistan) and subsequently, the countries of the Former Soviet Union in the late 1980-s-1990s. It reflects many tendencies in the relations between the nationalities of the Soviet Union in its last years of existence and later, the independence movements and conflicts. The materials were produced in those territories as well as in Russia, in local languages or in Russian. The online collection has 835 images.