Documents released as a result of this Freedom of Information Act have been collected and made available in microfiche in the collection called Declassified Documents.

Please note:  The declassified documents gathered in this collection are those requested via the FOIA from Presidential Libraries (either by the libraries themselves or by researchers visiting them). They include documents from various government agencies including the White House, CIA, FBI, State Department and others.

From the presidential libraries, the C.I.A., the F.B.I. and a host of other agencies comes this collection of U.S. government documents. The major domestic and international events of the post-World War II world are covered in information by and for presidents, senators, and congress members. All were classified. Some were top secret. View a digital facsimile to see what was removed -- and what was left in. A tool for international relations specialists, political scientists, economists, journalists, historians, anyone interested in how a government thinks and acts.. However, not all post 1975 declassified documents are included.

This collection was released through Carrollton Press until 1980.  The indexing is detailed and very good.  In 1981 Research Publications took over and that year they continued the Carrollton Press indexing system.  Since 1982 indexing provided by Primary Source Media (earlier Research Publications) is rudimentary and relatively poorly done.  The ease of using electronic searching (via web or CD-ROM) makes the searching much easier, but care must be taken that the documents needed are included in the electronic product  (i.e. use this index for material declassified pre 1976).

Some declassified documents can be found in the National Archives.  Use the following guides.

Guide to the National Archives of the United States

1. Published by the National Archives.  Indexes those files available on Microfilm. Also available online at:  http://www.archives.gov/publications/microfilm-catalogs.html

The National Security Archive is an independent non-governmental research institute and library located at George Washington University in Washington, D.C.  The Archive collects and publishes declassified documents acquired through the Freedom of Information Act (FOIA).  “The Archive receives no U.S. government funding.”

Digital National Security Archive. The Digital National Security Archive contains the most comprehensive set of declassified government documents available. The resource now includes 42 collections consisting of over 103,000 meticulously indexed documents, with more than 719,000 total pages. Each of these collections, compiled by top scholars and experts, exhaustively covers the most critical world events, countries, and U.S. policy decisions from post World War II through the 21st century. Together, these collections offer unparalleled access to the defining international strategies of our time. Glossaries, chronologies, bibliographies, overviews, and photographs are included.

Documents on Microfiche from the National Security Archive

The Bay of Pigs Declassified

The Iran-Contra scandal : the declassified history

South Africa and the United States : the declassified history 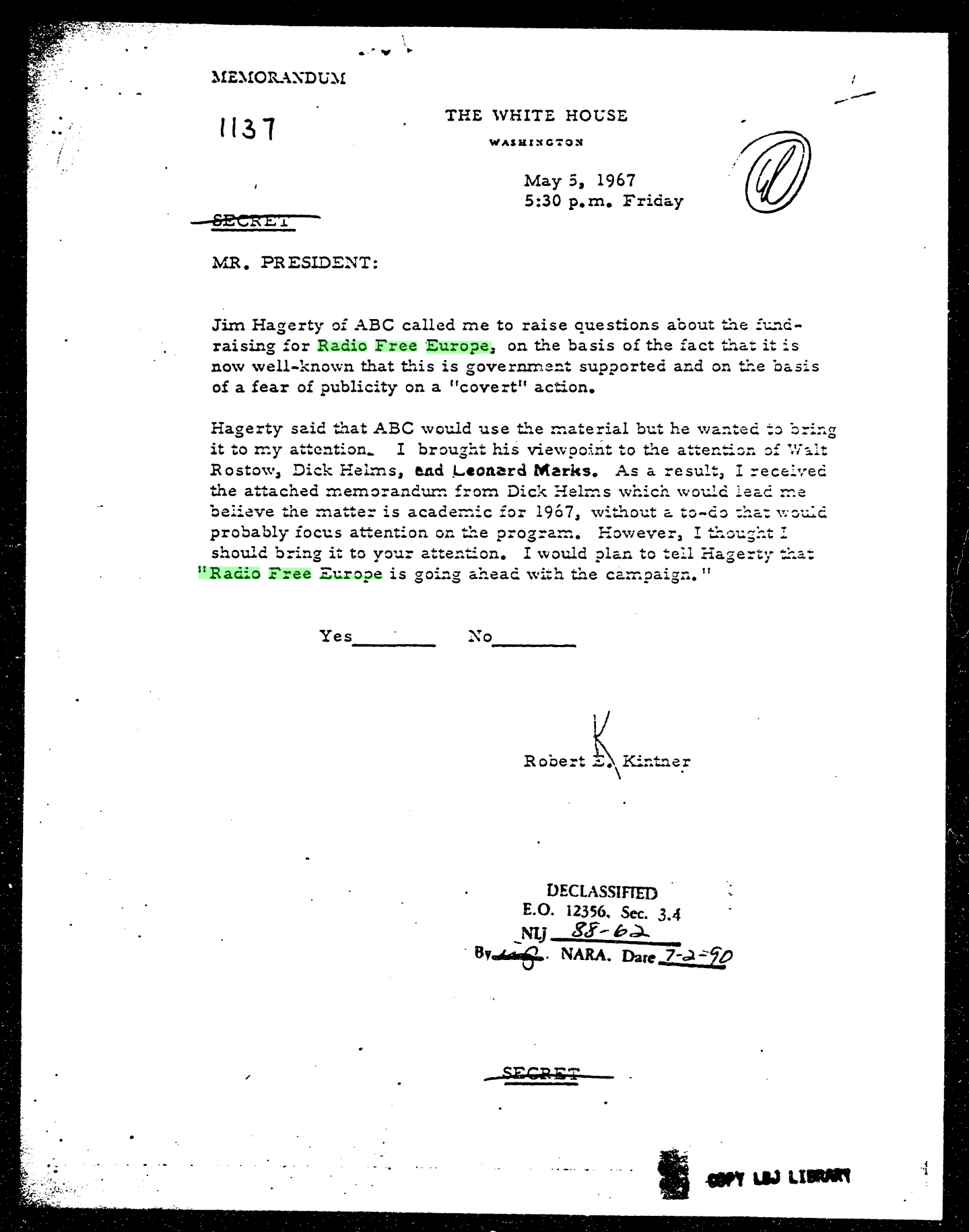