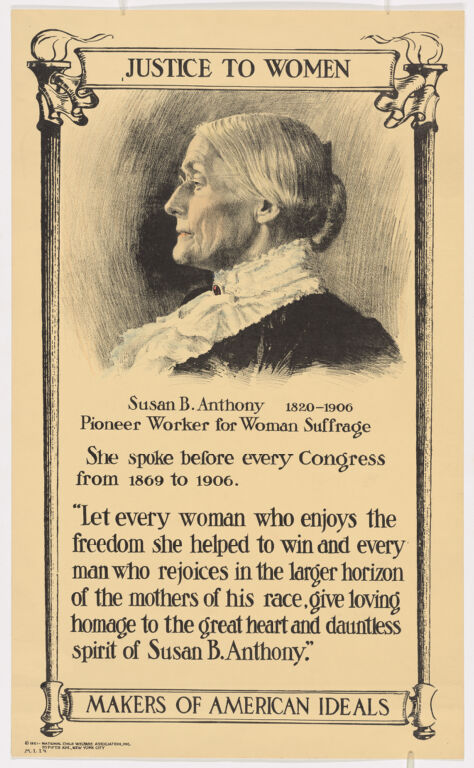 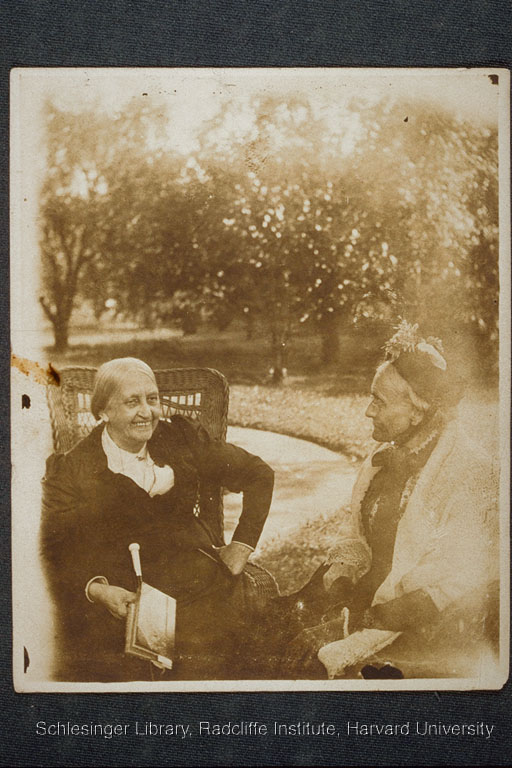 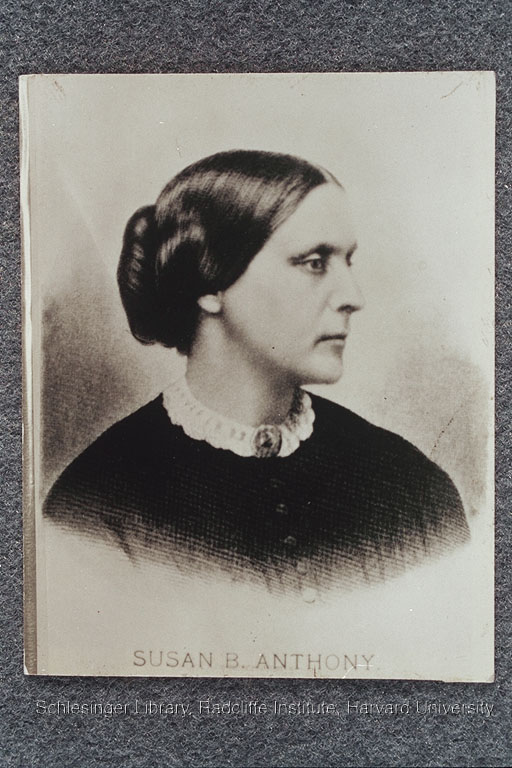 Susan B. Anthony is best known for her key role in the campaign for women’s suffrage. Anthony’s activism began with her work in the anti-slavery and temperance movements. In the 1850s she made speeches and helped publicize events for the American Anti-Slavery Society, with her activities often being met with threats and hostility. She also worked with the Underground Railroad and campaigned for the passage of the Thirteenth, Fourteenth, and Fifteenth Amendments, although she was disillusioned when the rights of women were excluded from the Fifteenth Amendment.

Raised as a Quaker, Anthony believed that consuming alcohol was sinful and in 1853 she and Elizabeth Cady Stanton founded the Women's State Temperance Society. The Society petitioned the New York State legislature to pass a law limiting the sale of liquor, but the petition was rejected on the grounds that it had been signed primarily by women and children. This, and similar experiences in the temperance movement, convinced her that women could not participate in social movements in any meaningful way until they had equal rights with men, in particular the right to vote.

In November 1872, Anthony and a group of other women were arrested for voting in a federal election. Anthony was put on trial and before the case began, she gave speeches throughout the New York State county in which the trial was to be held, claiming that the Fourteenth Amendment gave her the right to vote. The judge sentenced her to pay a fine of $100, which she refused to pay.