Divinity Hall, built on land reclaimed from Cambridge marshes, was the first Harvard building outside the Yard, at a time when the site was surrounded by nothing but rustic woodlands, straggling Harvard outbuildings, and playing fields. The architecture represents a transition between Federal and Greek Revival styles. The design is symmetrical and spare, and the building is "a scarce surviving example of typical nineteenth century institutional building." It [was] used to serve all the functions of the School, housing, the library, chapel, classroom, and student rooms.

... In 1922 the architect Charles A. Coolidge proposed to demolish the building when working on a master plan for President Lowell. At the turn of the [Twentieth] century it was described as "old Divinity Hall, in all its blank monotony--as prosaic a pile of brick as was ever laid up with mortar, but not without its rich associations."

From: Foundations for a Learned Ministry: Catalogue of an Exhibition on the Occasion of the One Hundred Seventy-fifth Anniversary of the Divinity School, Harvard University. Cambridge, Mass., 1992.

The new building for the Divinity School was commissioned and paid for by an independent group, the Society for Promoting Theological Education in Harvard College. Designed by Solomon Willard but adapted by Thomas Sumner, who took charge of the commission at an early stage, the building is related to the Bulfinch tradition but with stylistic indications of the approaching Greek Revival. It has in common with University Hall the use of two entrances separated by a middle portion whose long, round-headed windows contrast with smaller rectangular fenestration elsewhere, as well as variation in floor levels and a chapel as the prominent center space. Quite dissimilar to University Hall, however, is the manner in which the pedimented center of Divinity Hall breaks free of the block. 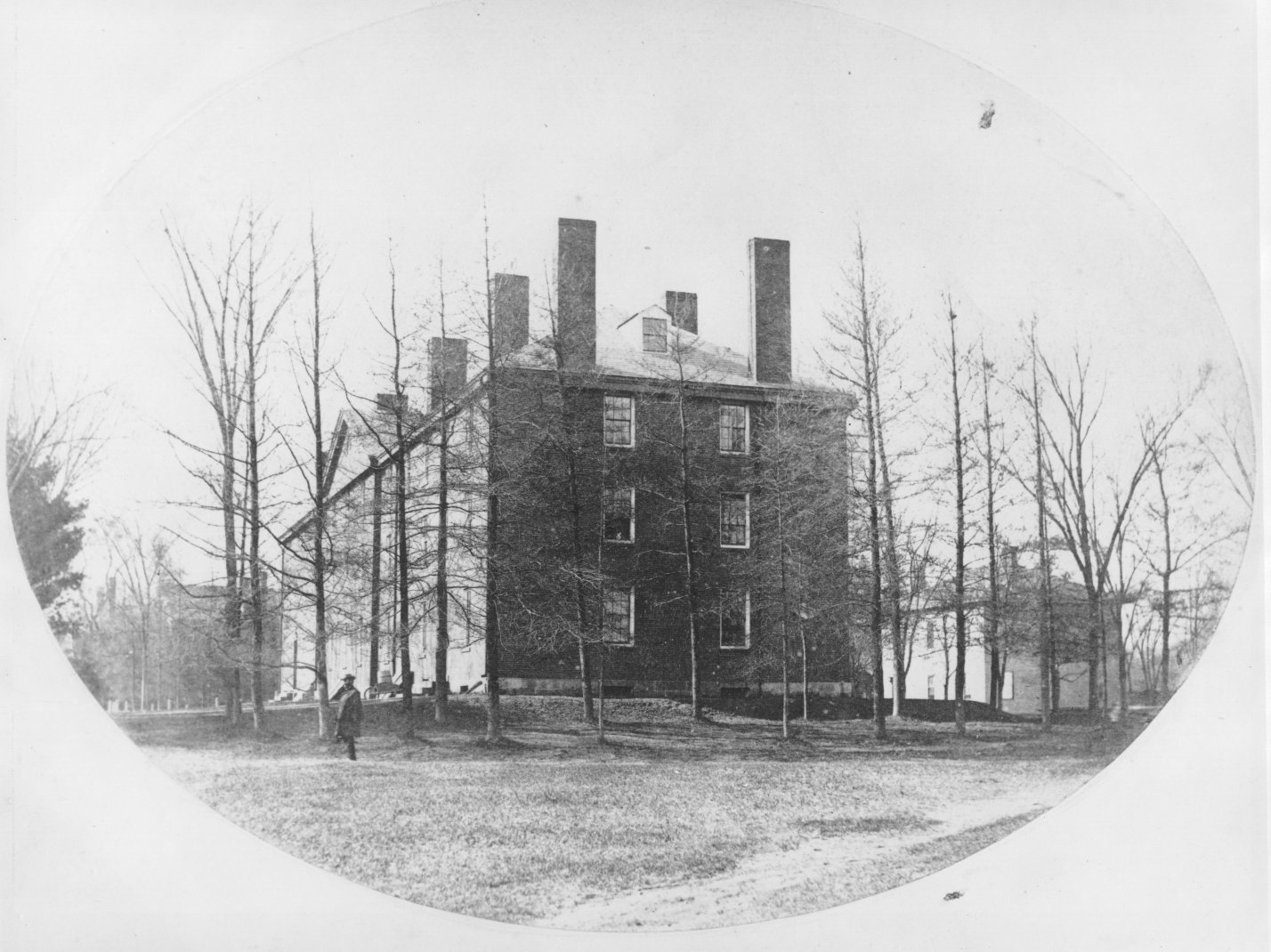 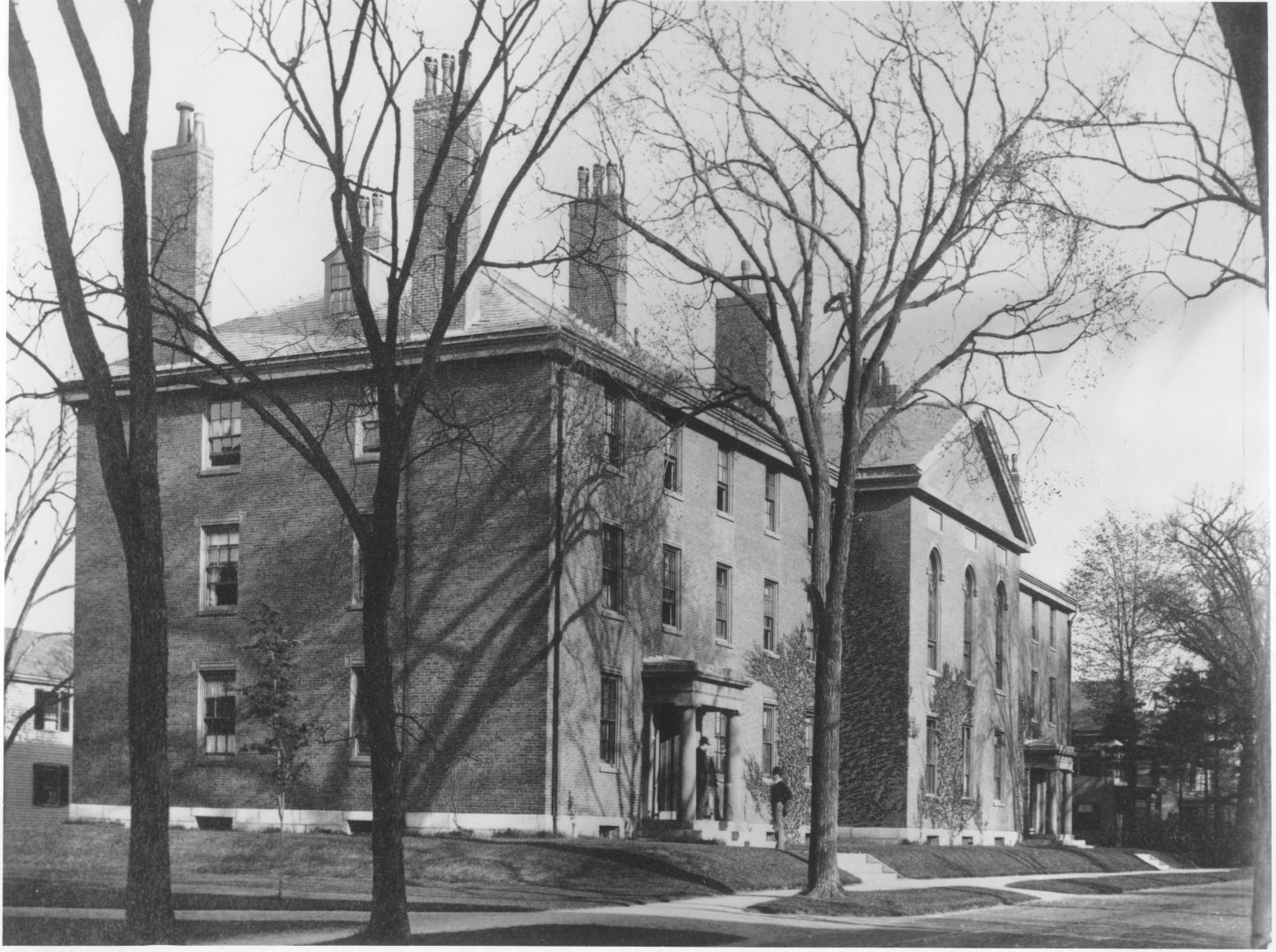 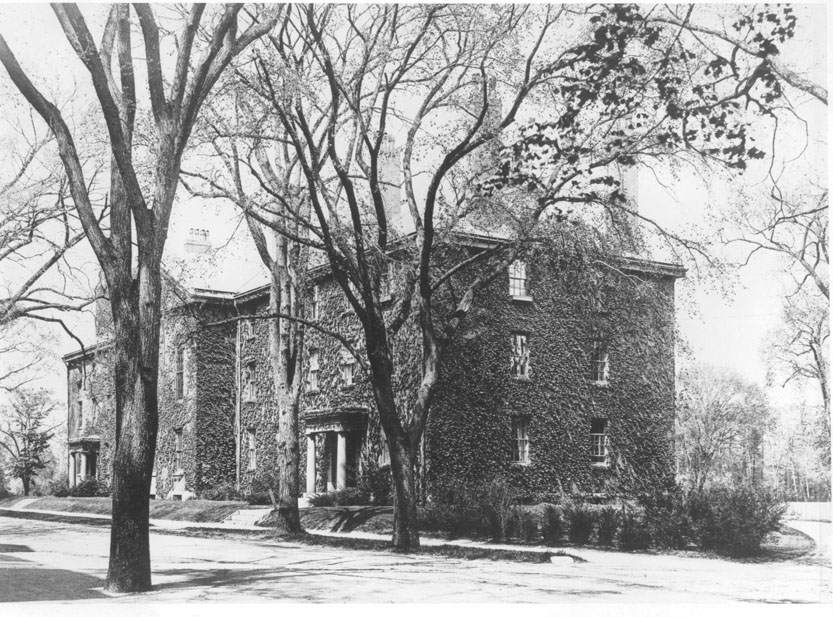 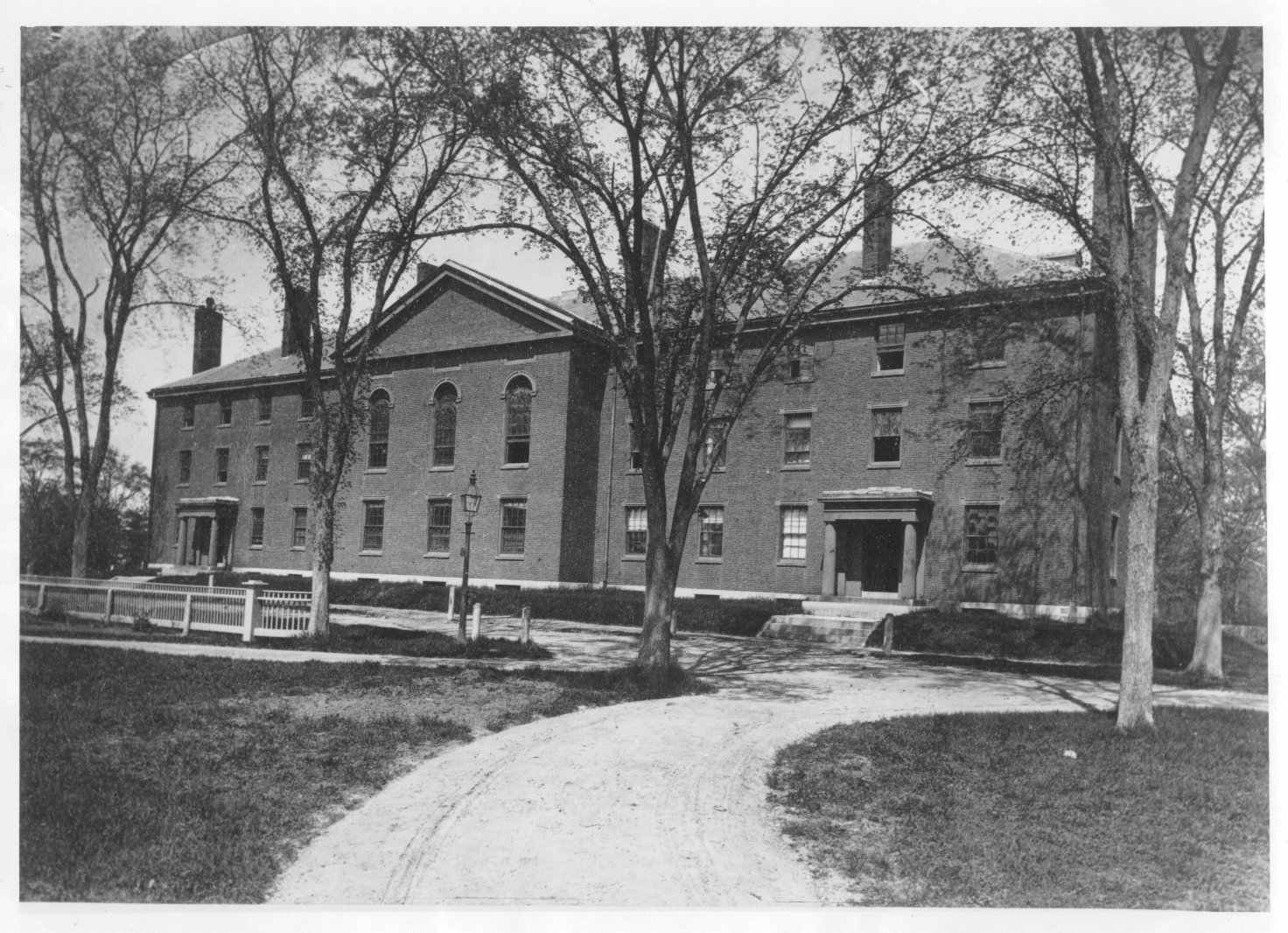 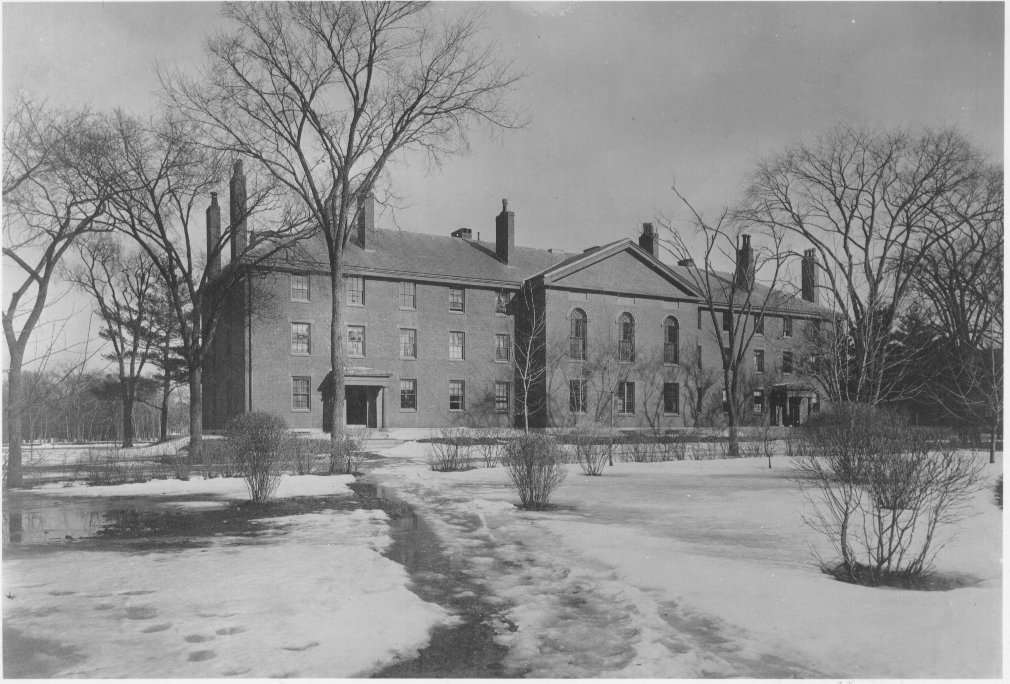