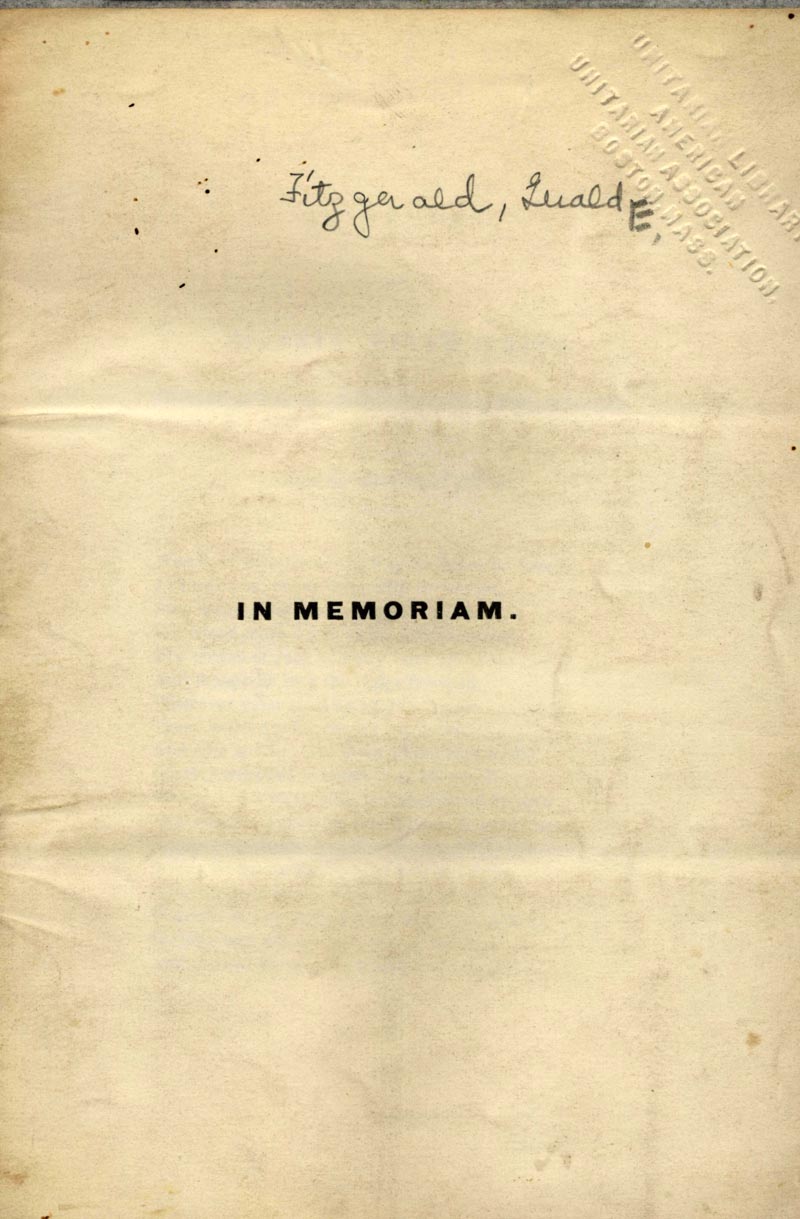 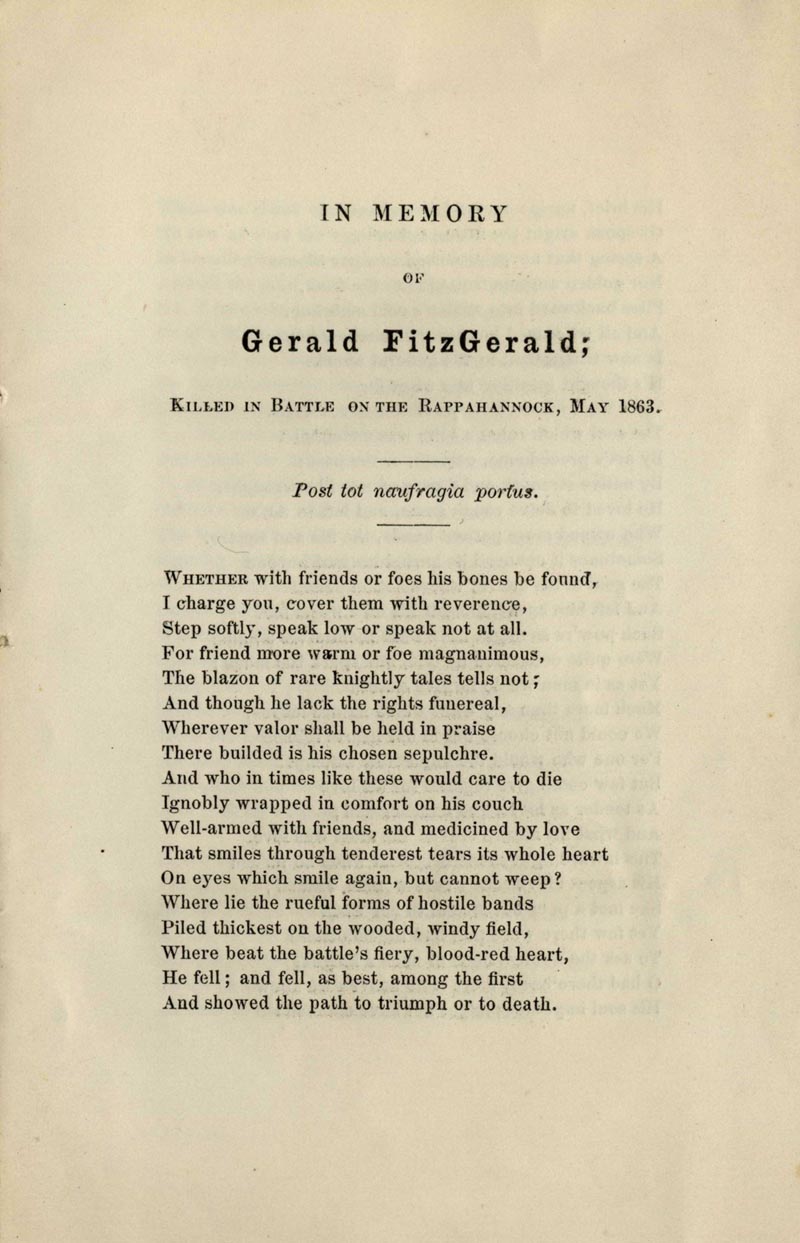 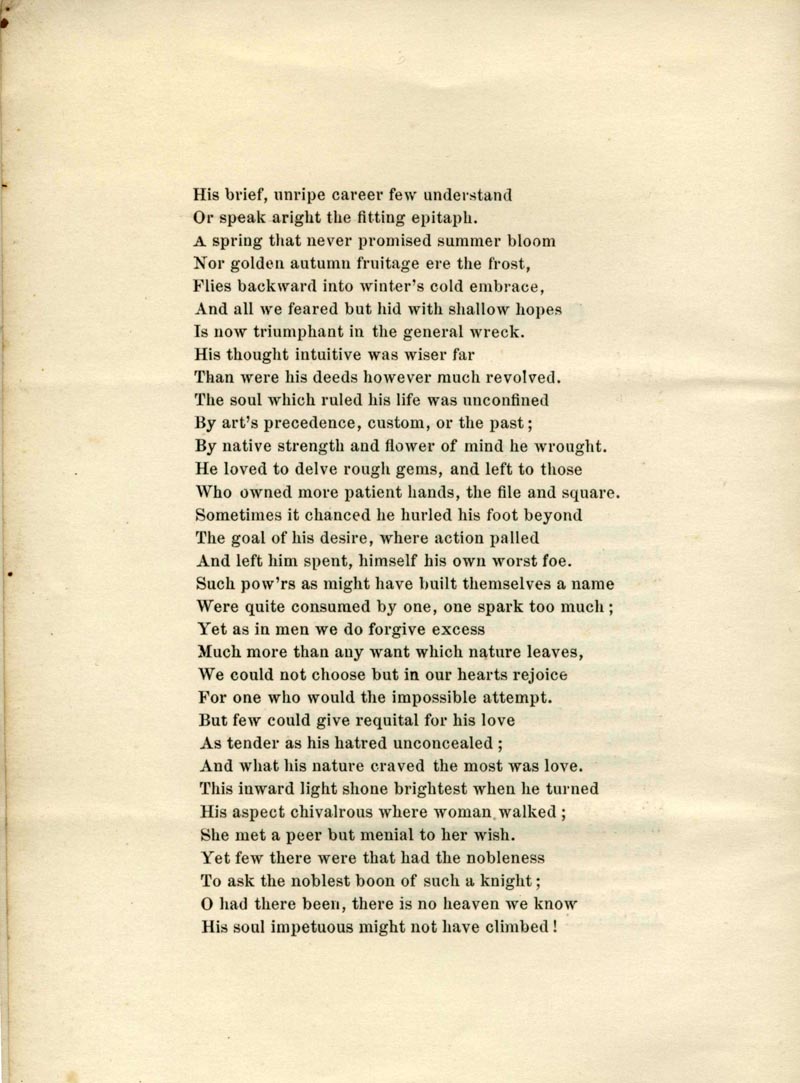 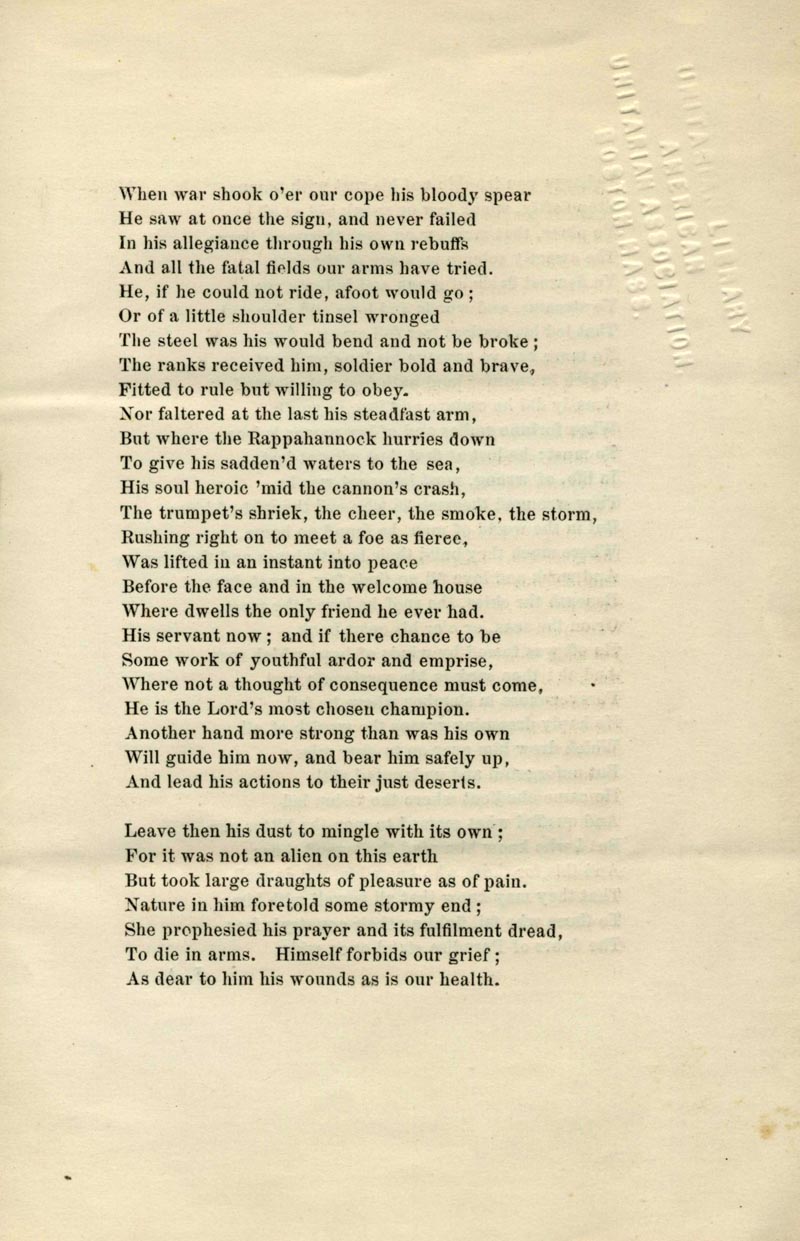 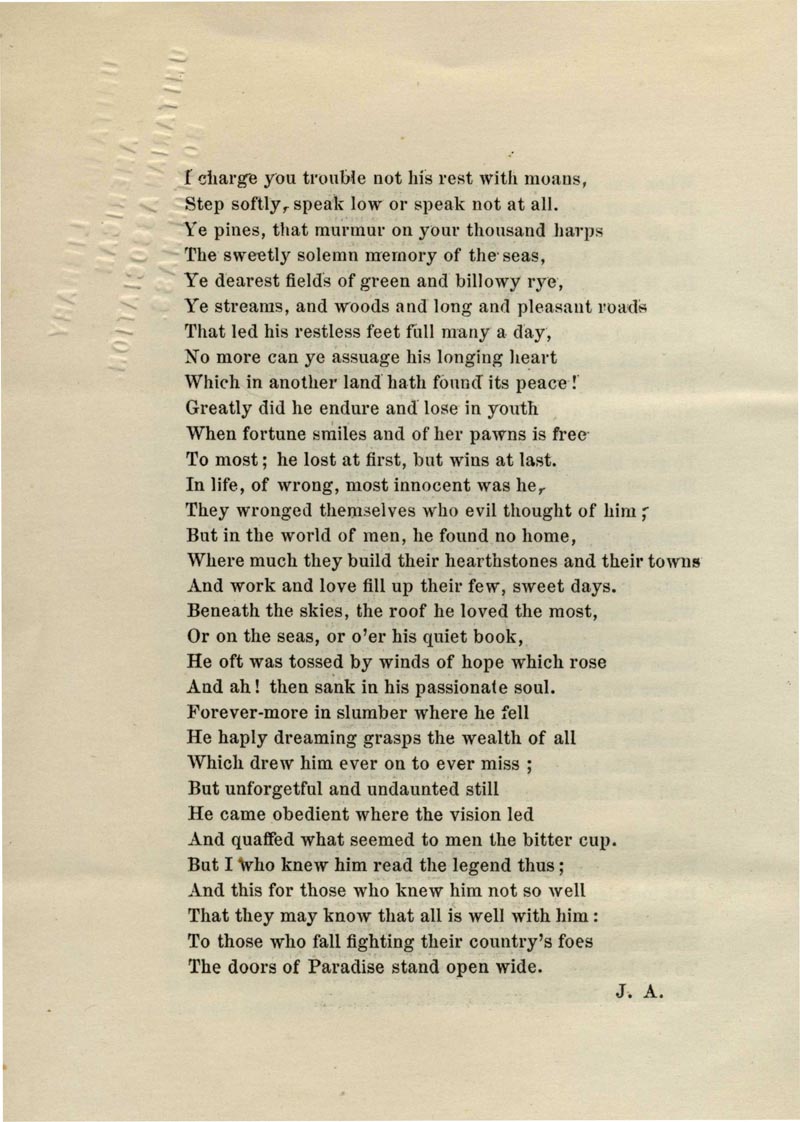 Of all that swarm of officials, congressmen, officers, not one face now emerges with the clearness and radiance of a certain youth unknown to fame who tried to share my burden of the world-woe and under it perished. This youth, Gerald FitzGerald, was about eighteen when I settled in Washington. I believe the family were Catholics, but he was the lover of a very attractive and spirituelle young lady of my church, and this had brought him into contact with new ideas. He became my devoted friend, he took to heart my every sermon, and a determination grew in him to enter the ministry. I did not influence him in the least, personally, but even had some misgivings—presentiments perhaps of my own approaching troubles. He was very handsome, not to say beautiful; he was intellectually brilliant without conceit ; he had a charming voice, fine humourevery quality that might make a successful minister. So it was arranged that he should study at the Divinity School, Cambridge.

Then came on the war-that damnable, double-tongued war that lured the best youth to their graves with promises now broken. Just on the threshold of a career already radiant, Gerald uplifted the ensign of liberation of both negro and nation from slavery, and went forth as a foot-soldier. It would not have been difficult, with his influential friends, to secure for him a chaplaincy or some other position in the army, but he sought it not.

None of us ever saw Gerald again. Two soldiers reported that they found him dying of a wound on the field and bore him to the shade of a tree. The place of his burial is unknown. Before me is a strangely sweet poem of several pages, privately circulated, but by an unknown writer, which is headed: "Gerald FitzGerald. Killed in Battle on the Rappahannock, May, 1863." So vague were the rumours about his end that I long cherished a hope that Gerald might be in some kindly cabin recovering life, and might yet surprise the circle in Washington that so deeply mourned his loss. But in these last years I have felt it some compensation that the noble youth died with the full assurance that the fair ideal America, and peace never to be broken, would arise out of the blood he had shed-his own, and blood of adversaries just as brave. Knowing well Gerald's sensitive heart, I feel sure that even had he returned from the work of slaughter he could never have smiled in the old way. Had he lived to this day he would find himself amid phantoms asking, "Was it well then to shed our blood in order that the negro might be freely lynched, and North and South united to lynch also Spaniard, Filipino and Chinaman ? "

Rest in your peaceful unknown grave beside the Rappahannock, O my friend! For you no tears, no heartbreaks, no harrowing reflection that your chivalry was in vain, and the war mere manslaughter ! These are for me, who found you a happy youth clinging to me with boyish affection, and from my pulpit helped to lay on you the burden of the world.