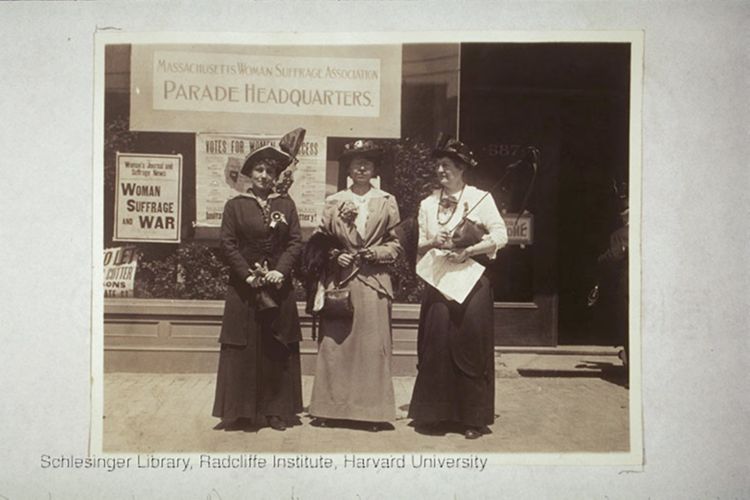 Materials from this portion of the guide were found by searching HOLLIS, Harvard's online library catalog, for "suffrage," as well as sub-topic specific search terms like "voting rights," "votes for women," "suffrage organizations," etc.

Materials on this page are organized into the following categories:

Researchers may also be interested in the Schlesinger Library's research guides on Women's Suffrage and Radcliffe College Suffrage.

The Schlesinger Library has also created the Long 19th Amendment Portal, a digital portal that facilitates interdisciplinary, transnational scholarship and innovative teaching around the history of gender and voting rights in the United States. Researchers can search for digitized material from over 40 repositories, investigate data on women's political participation, or explore essays, exhibits, and collaborations on the topic of suffrage. This resource is open-access and entirely online.