Astronomy has long been a field in which women have been more accepted than in other sciences. Partly this was because, along with botany, it was something that could be done at home. But as an anonymous reviewer noted in 1857 in describing a book by Hannah M. Bouvier (Bouvier's familiar astronomy, or, An introduction to the study of the heavens): "The study of astronomy is peculiarly well adapted to the mind of woman; it gives scope to that imaginative and mystic element which is the leading trait and the crowning grace of her character." Etc.

There were notable female astronomers even in ancient times. Several from the Pythagorean school including Theano gained fame in the seventh to sixth centuries BCE in Greece. Sophie Brahe, sister of the famous Tycho, was his assistant and more. She had other interests as well, including horticulture, medicine and history. Caroline Herschel, sister of William, supported his work but also did her own, discovering six comets herself. 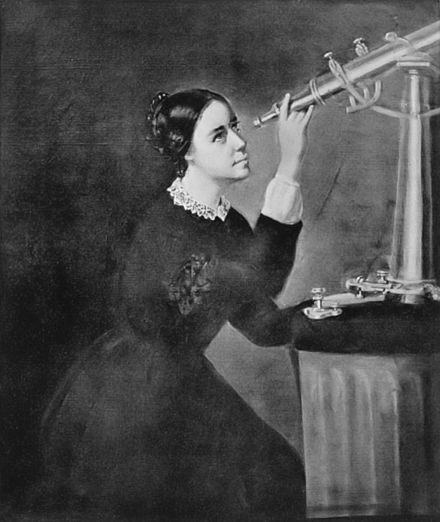 Maria Mitchell (1818-1889) was born and lived on Nantucket and spent a lot of time watching the skies. She was from a Quaker family and and so was educated in the local schools and also by her father, who was an amateur astronomer and also interested in surveying. By the time Maria was 14 she was making important navigational calculations for sailors.She became the Nantucket Athenaeum's first librarian and continued watching the sky. In 1847 she discovered a comet and fame followed, along with more comets. She traveled in the U.S. and Europe and in 1865 became Professor of Astronomy at Vassar College. 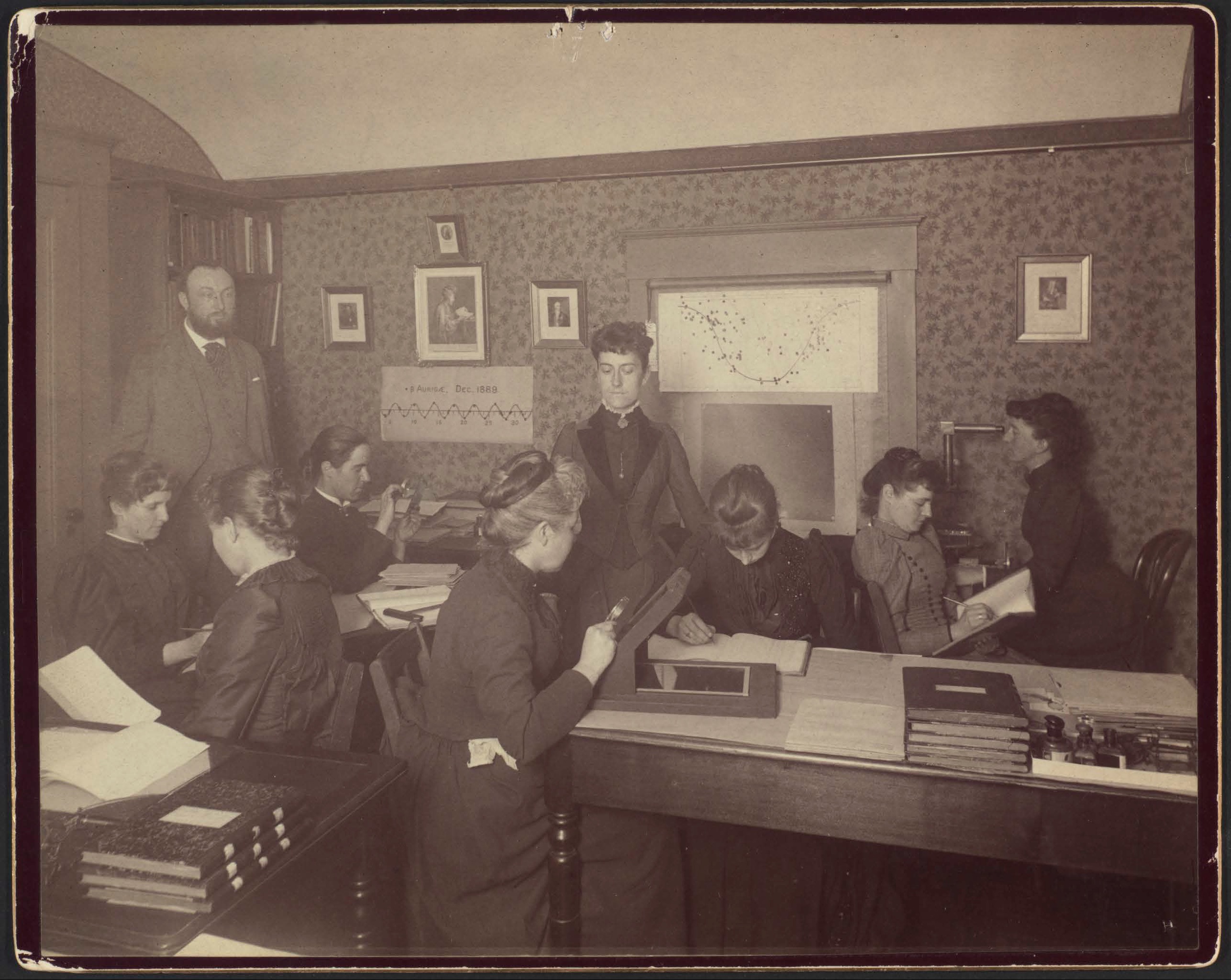 The Women "Computers" of Harvard

In the late 19th century the director of the Harvard College Observatory, Edward Charles Pickering, started collecting glass photographic plates of stars. They came from around the world - South America, South Africa, New Zealand as well as North America. In order to analyze all these data, he gathered a team of women. First he called on family members of the astronomers, who were often working as assistants anyway, then added to the team as time went on. They worked in a small room next to the observatory for 25 cents an hour to calculate the motion and positions of the stars. But they weren't just automata; Pickering gave full credit to them and advocated for female suffrage. These women were dubbed the Harvard Computers (the term originally referred to people who did mathematical calculations). Among them, Henrietta Leavitt observed that the changes of certain variable stars served as distance markers. Another, Annie Jump Cannon, started sorting the stars into categories and her classification system is still used today. Cecilia Payne-Gaposchkin (see below) said of her that she endowed "what seemed to many people an impossibly laborious and exacting occupation with joy and vitality" (Gaposchkin, C. 1941. Annie Jump Cannon. Science 93[2419], 443-4).

Cecilia H. Payne-Gaposchkin (1900-1979), one of the computers,  grew up in England and was always interested in astronomy; she was advised as she finished college that opportunities would be greater in the U.S. Once in this country she met Harlow Shapley, director of the Harvard Observatory, and since there was no program in 1923 he essentially designed a graduate program in astronomy with her as the only student. For a long time after that she functioned essentially as an assistant to Shapley, though he tried to get her a permanent position (which he finally succeeded in doing in 1956, when she became the first female professor of astronomy at Harvard). In her thesis she had concluded that hydrogen and helium made up most of the stars, but that went against accepted wisdom of the time. Eventually, however, her conclusions were accepted. Find out more about the computers in Dava Sobel's book The glass universe: How the ladies of the Harvard Observatory took the measure of the stars.

Of course, NASA used women from early on; see "When the computer wore a skirt." And Katherine Johnson and her colleagues are celebrated in the book Hidden figures and the recent film of that name.

To learn more about Harvard's Computers, here are a few links:

In a 2010 editorial in Nature, Karen Kaplan noted that female astronomers are more likely than men to suffer from the "imposter syndrome." While 47% of the men worried that their deficiencies of knowledge or ability would be discovered, 60% of the women felt that way.