Women have been working in medicine for centuries, especially as midwives and healers. At the end of the 9th century 5% of American physicians were women, but in 1971 there was only an estimated 6.7%, so at that point not much progress seemed to have been made. Today, however, women make up half of medical school students and more than a third of all physicians in the U.S. (Conversely, nurses were mostly female through the 1970s, but in 2011 8.9% were male.) And it is worth noting that female physicians are paid less than their male counterparts (Jena, A., Olenski, A., & Blumenthal, D. (2016). Sex Differences in Physician Salary in US Public Medical Schools. JAMA Internal Medicine, 176(9), 1294. See also http://time.com/4398888/doctors-gender-wage-gap/: female physicians earn 8% less than their male counterparts, and “women physicians teaching at medical schools as full professors make roughly the same as male associate professors.”

In ancient times a number of women practiced medicine, including Merit Ptah in Egypt around 2700 BCE and several Greek women. During the 12th century CE a German abbess, Hildegard of Bingen, wrote widely on a number of scientific topics including medicine. Throughout the Medieval period women worked in many healing capacities, especially nursing and midwifery. 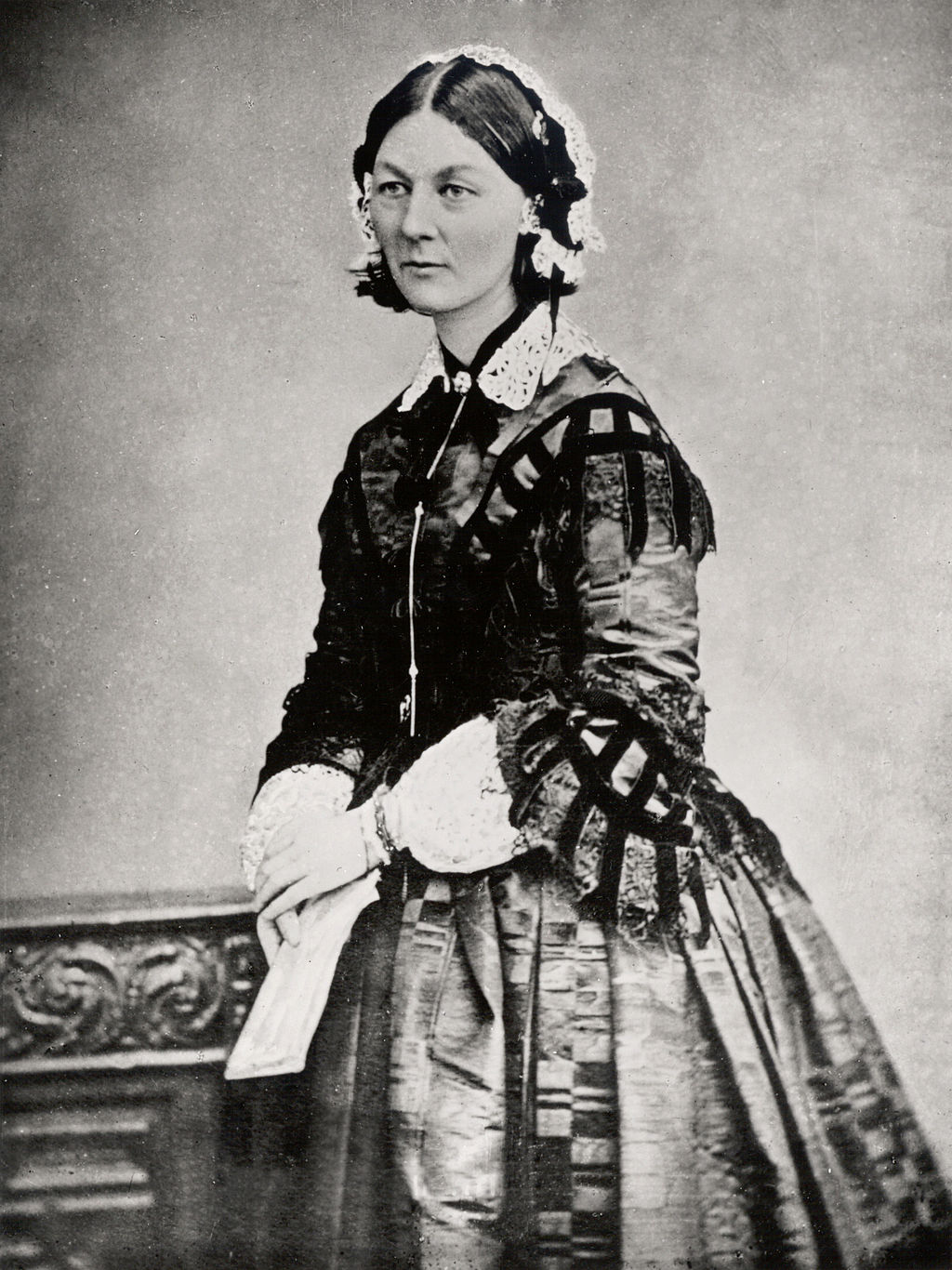 Florence Nightingale (1820-1910) is considered the founder of modern nursing. When the Crimean War broke out, Nightingale and a number of other nurses offered their services to the British Army. She established strict protocols for sanitation and nursing, substantially reducing mortality among the soldiers. Known as the Lady with the Lamp because she made rounds of her patients at night, Nightingale also used medical statistics to show how much of the mortality during the Crimean War was due to disease, not injuries. In a sense that was really beginning of evidence-based medicine.

In the 19th century, women were generally barred from attending medical school, In 1848 the New England Female Medical College was founded in Boston, and other schools exclusively for women followed in places such as London, Edinburgh and Tokyo. Elizabeth Blackwell was the first woman n the U.S. to get a medical degree, in 1849, despite considerable hostility. She was even asked to leave a class on reproduction to spare her delicate sensibilities (she stayed). She inspired others to pursue careers as doctors and was an advocate for the poor and for better hygiene standards. The noted educator Maria Montessori (1870-1952) was one of the first female physicians in Italy. 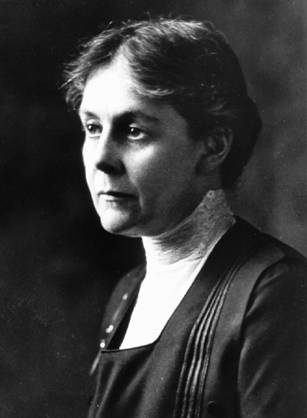 Alice Hamilton (1869-1970) (pictured) was a leader in what is now called occupational health, promoting it in North America and pointing out the deleterious effects of industrial compounds on the human body. In 1919 she was appointed as an Assistant Professor at Harvard Medical School - the first woman appointed to the faculty.

Helen Brooke Taussig (1898-1986), the daughter of a Harvard professor of economics, was one of the first women to attend Radcliffe College. She wanted to study medicine but the Harvard Medical School still didn’t accept women so she enrolled at the School of Public Health instead. In the end she graduated from Johns Hopkins (which had to accept women because it founder was a woman who insisted upon it), became a pediatric cardiologist and essentially founded that field, developing the first successful treatment of "blue baby" syndrome. 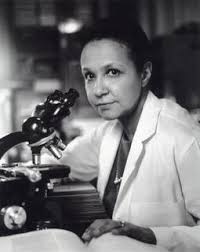 Jane Cooke Wright (1919-2013) (pictured) was from a family of well-known doctors - her father was the first African-American to graduate from the medical school at Yale and he founded Harlem Hospital's Cancer Research Foundation. She worked there with him and after his death she found new ways to treat cancer, which at the time was considered virtually a death sentence. She developed new drugs and ways to test them, and found a way to deliver chemotherapy drugs directly to a tumor. She has been called "the mother of chemotherapy." 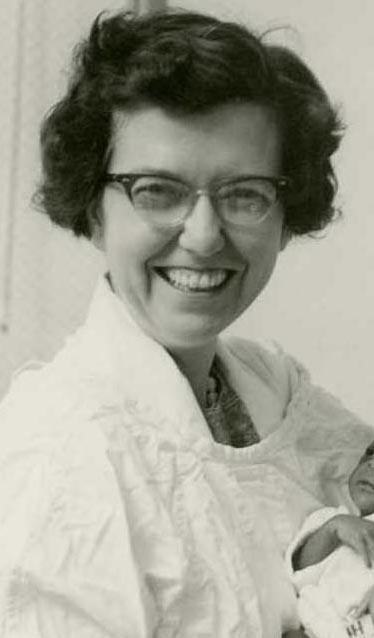 Mary Ellen Avery (1927-2011) (pictured) was another pioneer; her accomplishments were highlighted in a Harvard Magazine article. In 1974 she became the first woman to chair a major department at the Harvard Medical School, and in the same year she also became the first female physician-in-chief at Children's Hospital. She is especially known for her discovery in 1959 of the cause of respiratory distress syndrome (RDS) in newborns: the lack of lung surfactant, a foamy substance that allows the lungs to inflate by creating surface tension. This led to the development of a treatment for RDS that has saved hundreds of thousands of lives.

Lynne Reid (1923-) (pictured below, courtesy of Harvard Medical Library in the Francis A. Countway Library of Medicine,) performed ground-breaking research in thoracic medicine in Britain and Australia before being appointed S. Burt Wolbach Professor of Pathology at Harvard Medical School and Pathologist-in-Chief at Children’s Hospital in 1975, positions she held until her retirement in 1989. 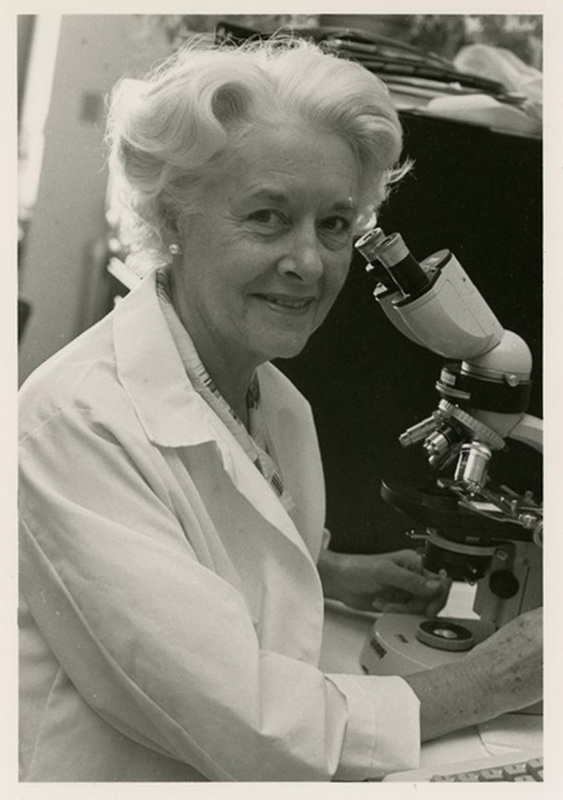 Today, there are many women working in many different areas of medicine and medical research. For instance, Dyann Wirth is an internationally renowned leader in malaria research. She also holds many important positions, including as co-Director of the Infectious Disease Initiative of the Broad Institute, director of the Harvard Malaria Initiative at the Harvard School of Public Health, Faculty Chair of the Harvard Integrated Life Sciences Program at Harvard Graduate School of Arts & Sciences. Michelle Williams is the Dean of the School of Public Health. In medicine, the landscape is indeed changing.