Women in Many Biological Fields

Over the years, many women have worked in the biological sciences. Sometimes they assisted their husbands, helping with everything from field work to writing. Much of the time, they received little recognition for their work; perhaps a conjugal thank you in a published manuscript but often not even co-authorship on a work to which the woman may have contributed equally as her spouse. Happily that is changing. This page looks at just a few of them. 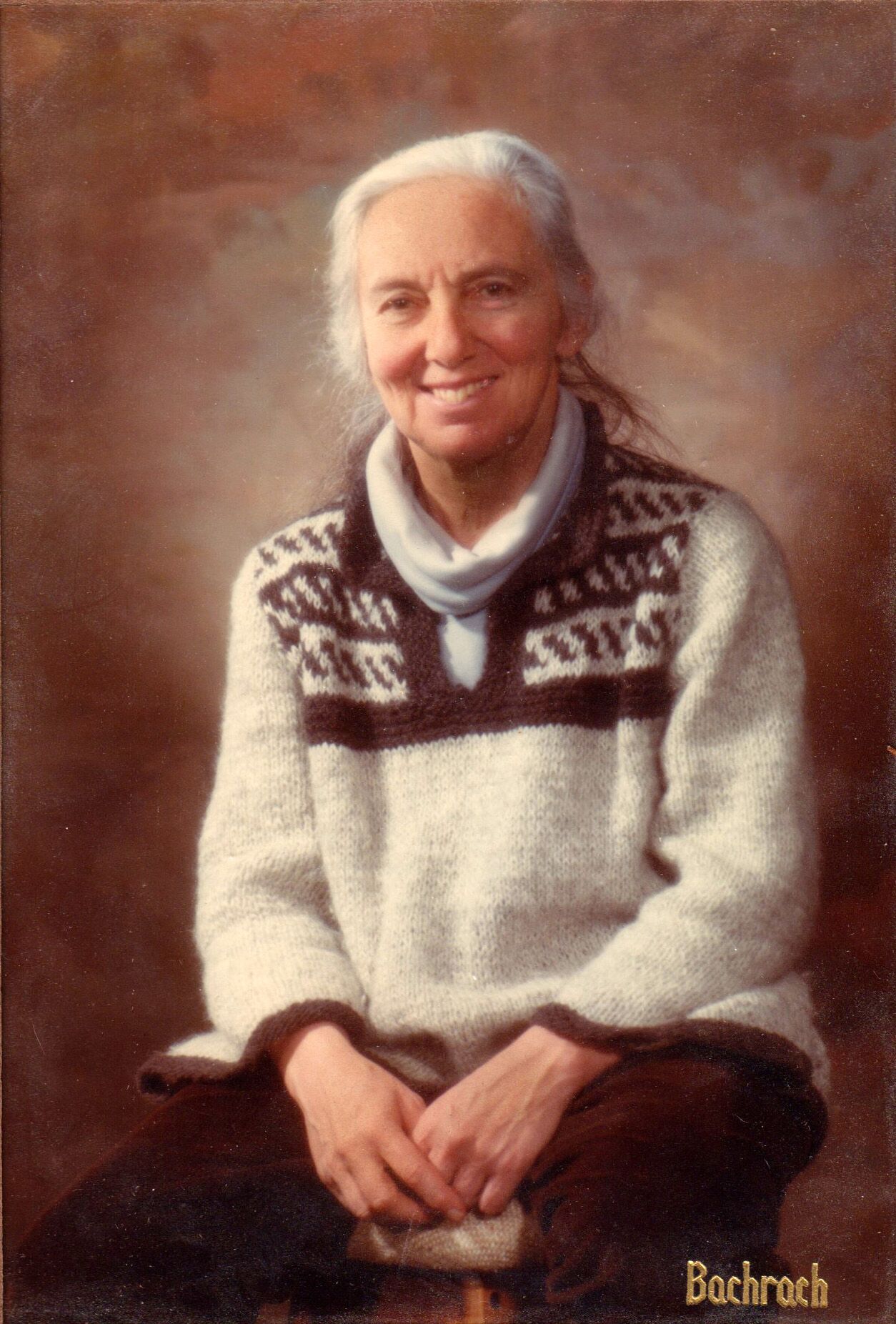 Ruth Hubbard (1924-2016) was the first woman to be tenured in biology at Harvard, in 1974. Born Ruth Hoffman in Vienna, she escaped Nazism in Austria in the 1930s along with her family. They settled in Boston and she graduated from Radcliffe College in 1944 with an A.B. and then with a Ph.D. in 1950. She married Frank Hubbard in 1942 and after the war worked under George Wald (with whom she had an affair) studying the biochemistry and photochemistry of the eye. After their respective marriages broke down, Hubbard and Wald married in 1958, and she contributed substantially to his work (Wald shared a Nobel Prize in 1967), as well as making a number of scientific discoveries of her own.

Beginning in the late 1960s, motivated by the Viet Nam War and the feminist movement, Hubbard turned her interests to social and political issues. She also felt greater freedom once she finally became tenured faculty and was an outspoken opponent of sociobiology and any notion of biological inferiority of women. Her later books included The politics of women's biology and Exploding the gene myth. 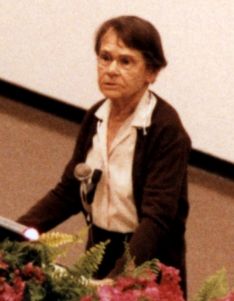 Barbara McClintock (1902-1992) was the daughter of a physician and was interested in science from childhood. She earned her Ph.D. from the Cornell Department of Agriculture in 1927. She specialized in cytogenetics and was fascinated by anomalies in corn kernels that Mendelian genetics didn’t explain. Her discovery of gene motility - so-called jumping genes - represented a paradigm shift. However, McClintock's work was ahead of her time and was considered too radical for many years, leading her to stop publishing or lecturing when her colleagues rejected or ignored her work. When the scientific community finally recognized the validity of her findings, she won the Nobel Prize for Physiology or Medicine in 1983. And her work is the basis for much research today.

A couple of other women who managed to make it in academic research in the mid-late 20th century were Elizabeth Blackburn, who shared the 2009 Nobel Prize in Physiology or Medicine along with her graduate student Carol Greidner; Patricia Bath, ophthalmologist and inventor.

Sylvia Earle is one of the best-known marine biologists today. Her accomplishments are many and she has over 150 publications to her credit. In addition to many honors both in the U.S. and internationally, she was the first women chief scientists of the National Oceanic and Atmospheric Administration; Time Magazine's first Hero for the Planet in 1998; and she had been a National Geographic explorer in Residence since 1998. She is sometimes called "Her Deepness" or "the Sturgeon General." 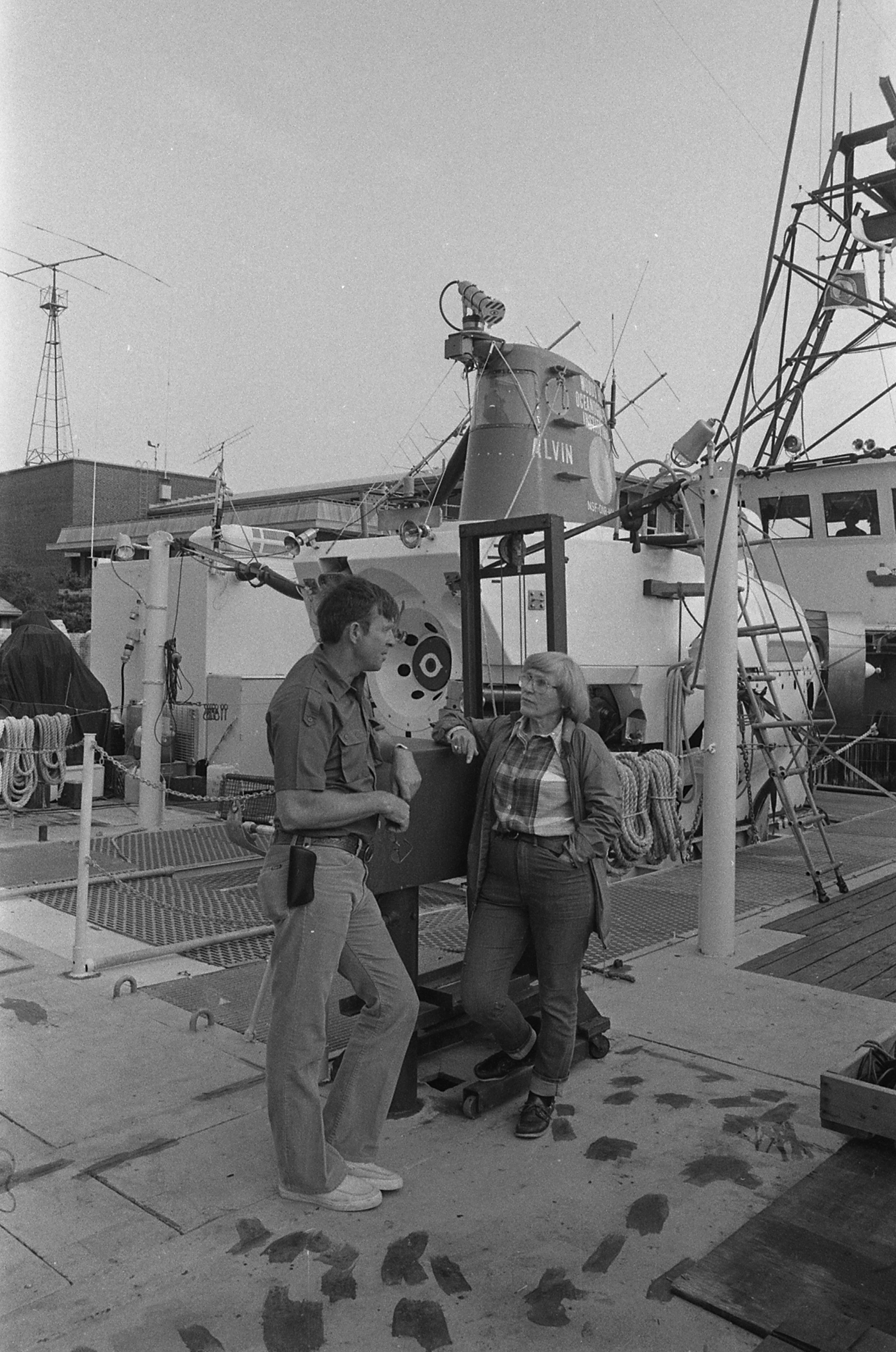 Ruth Turner (1914-2000) was a Harvard professor, author, curator and diver who over the course of her career became the world's expert on shipworms. Sometimes affectionately called "Lady Wormwood" because of her work on shipworms, she published more than 100 scientific papers. Her 1966 book A survey and illustrated catalogue of the Teredinidae (Mollusca: BivaIvia)was widely acclaimed as the most important book about shipworms. She was also a mentor to many upcoming marine biologists. Find out more about her here. 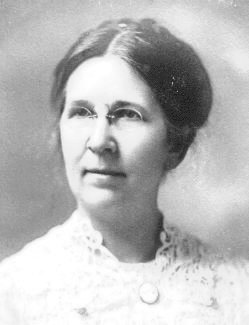 Typically, as in most other fields of science in the 19th and the first half of the 20th centuries, most ichthyologists were men, though sometimes assisted by their wives. One example was Rosa Smith, considered by many the first female ichthyologist in the U.S. She had already discovered species and published papers when she married ichthyologist Carl Eigenmann. Although she continued to assist him in his work, the demands of a growing family meant that her own work suffered. This was typical of the time; the men held visible positions in faculty or administration, while their wives, who contributed as editors, artists, organizers, collections and research assistants, were unrecognized and usually unpaid.

As museums expanded in the late 19th and early 20th centuries, many employed women assistants, though they were often unpaid. Sometimes these women might have opportunities to do research using the collections, and a woman might even become a curator in a museum but rarely advanced beyond that; see this link for some examples, including Myvanwy Dick. Research universities usually did not hire femles, even ones with Ph.D.s, to faculty positions, so the women often ended up working at women's colleges. 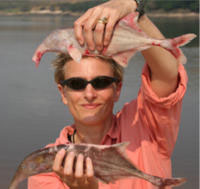 Today, however, many more women are working on fishes and various aspects of their evolution, ecology, systematics and life histories. For instance, Melanie Stiassny (pictured) received her Ph.D. from the University of London and did a postdoc in the Netherlands before coming to the U.S. as an Assistant Professor at Harvard University, where she taught for five years. Currently at the American Museum of Natural History, she studies tropical freshwater fish faunas. She is also active in various conservation projects in Africa and around the world. 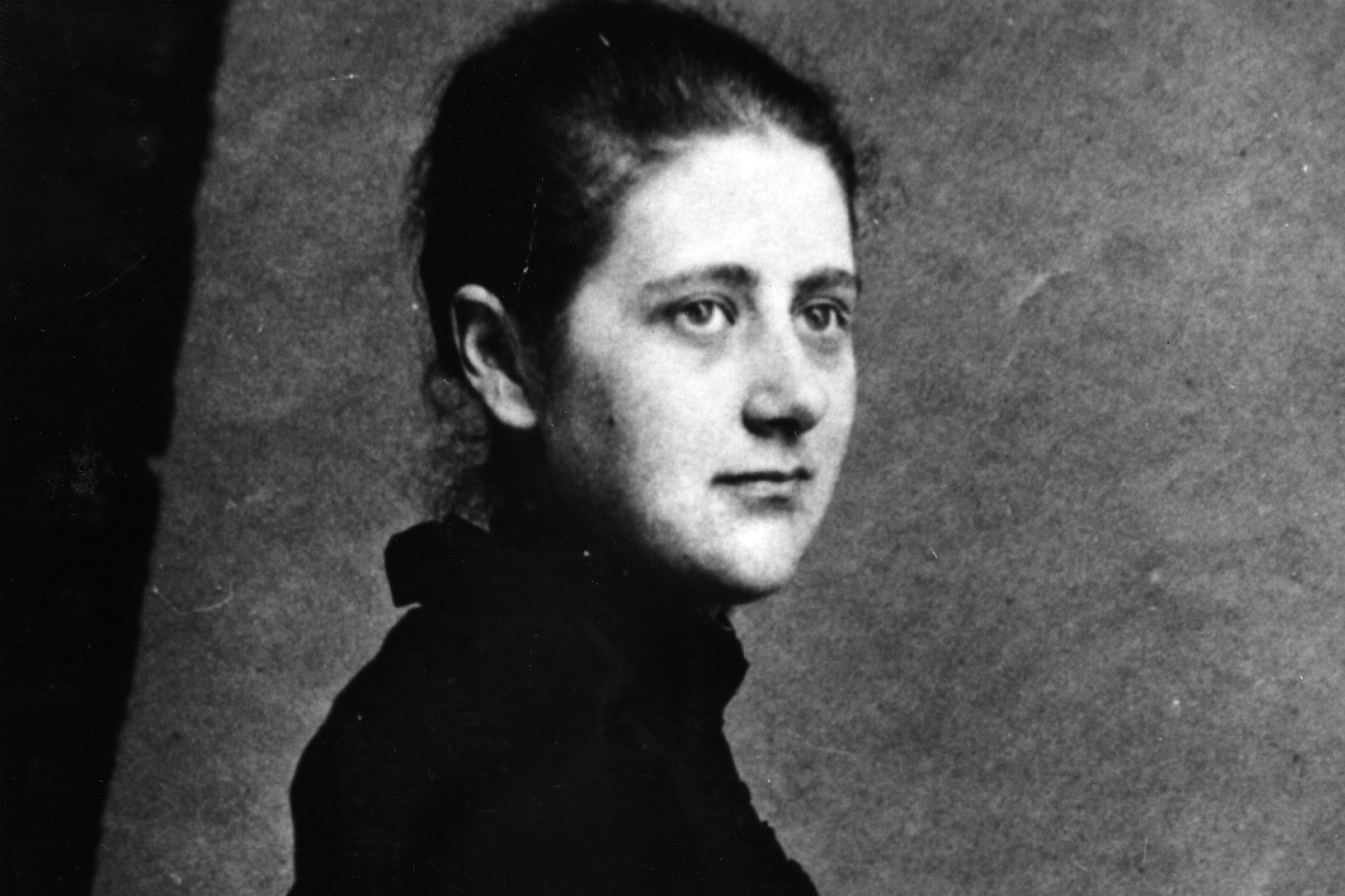 Botany was one field that was relatively accessible to women, and they could pursue it even without formal education. Beloved children's author Beatrix Potter (1866-1943) (pictured) was a well-respected mycologist, noted for her studies and watercolors. She was also very interested in land preservation.

Alice Eastwood (1859-1953) was a Canadian-American whose interest in botany started during years she spent as a child in a convent. She moved to Denver CO and made collecting trips in the Rockies; known also for her hardiness, she was asked to guide Alfred Russel Wallace up Gray's Peak when he was visiting. She became so well known in the botany community that she was asked to organize an herbarium at the California Academy of Sciences (CAS). After destruction of the building during the 1906 San Francisco earthquake and fire, she went to Harvard's Gray Herbarium for two years, then returned to help rebuild the CAS Herbarium, and between 1912 and 1949 she added 340,000 specimens to it.

Other well-known female botanists include Katherine Esau (1898-1997), who received the National Medal of Science for her work on plant anatomy; Agnes Arber (1879-1960), who was the first woman to receive the Gold Medal of the Linnaean Society of London for her contributions to botany; and Carrie Derick, the first female professor in a Canadian university; she founded McGill University's Genetics Department.