When on thinks of female anthropologists, the first to come to mind is probably Margaret Mead. But there was also Ruth Benedict (1887-1948), Mead's teacher, mentor and probably lover, who is known for her theory of cultural determination. Then there was Zora Neale Hurston (1903-1960); although best known for her novel Their eyes were watching God, she was also collected folklore and folk tunes and did research on religion, voodoo, ritual and women in the Caribbean (Tell my horse). 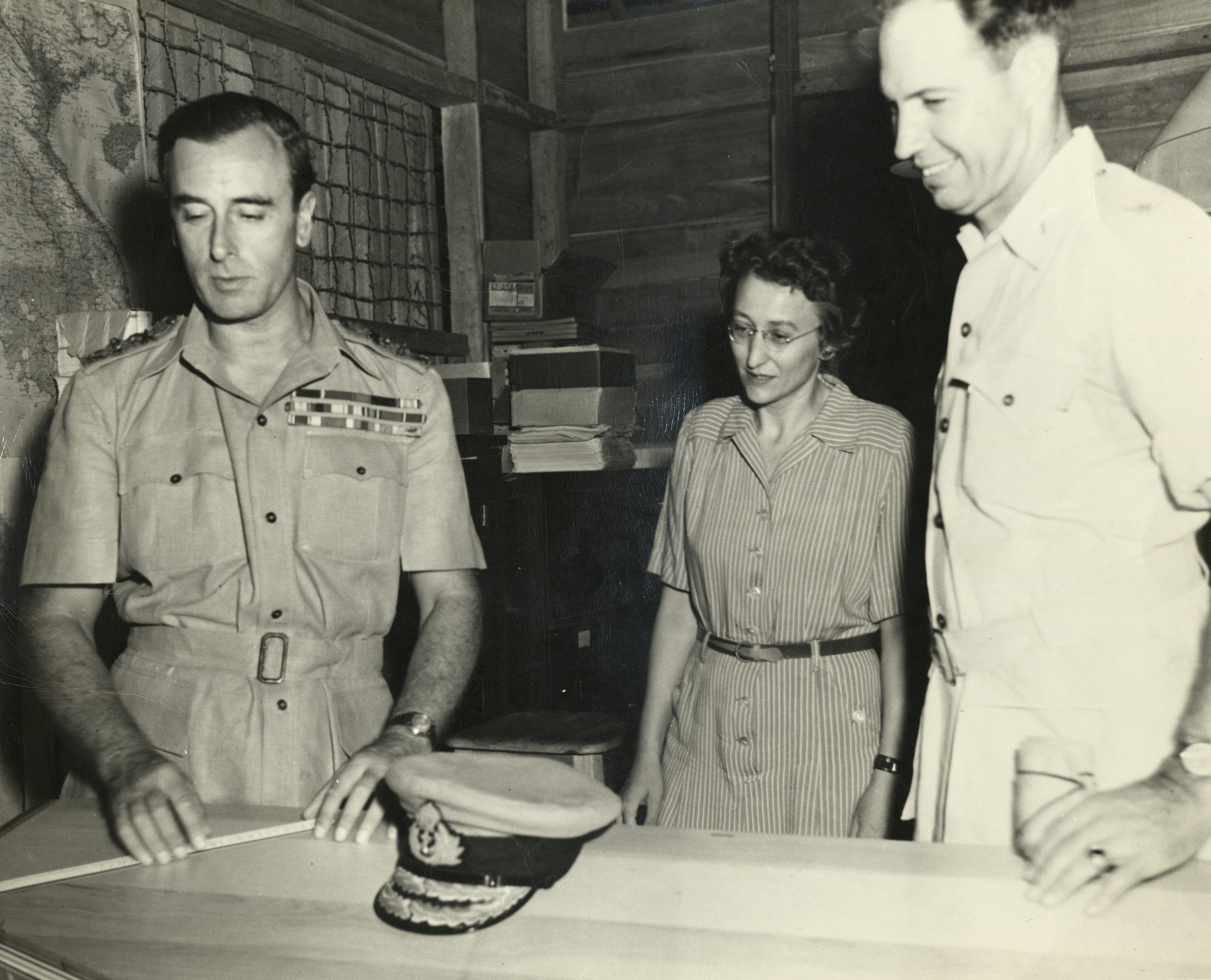 Here at Harvard, Cora Du Bois (1903-1991) was an American cultural anthropologist who was especially known for her studies in culture and personality. She was exposed to anthropology in a introductory class she took at Barnard given by Franz Boas and Ruth Benedict, and eventually got her Ph.D. in the field from UC Berkeley in 1932. He research took her to the Far East and resulted in her book The People of Alor, which is still considered a classic study. When World War II broke out the country began its first international intelligence system, the Office of Strategic Services or OSS. As an expert on the Dutch East Indies, Du Bois was soon recruited to work in Washington DC.  After a year and a half she requested a move to the Southeast Asia Command (SEAC) of OSS in India. SEAC was under the direction of Admiral Lord Louis Mountbatten, British Supreme Commander for military forces and intelligence in the region. (Photo courtesy of Tozzer Library.)

So she, eight other OSS women and hundreds of male GIs sailed from San Francisco. One of the other women on the month-long voyage was Julia McWIlliams, later Childs, and they remained friends after the war. Du Bois was made acting chief of the Research and Analysis Branch of the OSS despite the reservations of her superiors about appointing a woman. Nevertheless, she did such an excellent job that after a year she was officially made Chief despite what she referred to as her sex-liability. She had a reputation for being tactless and sometimes overbearing, and was known for her frank and occasionally acerbic cables back to Washington, but Lord Mountbatten especially had great respect for her and worked closely with her.

Du Bois remained in the OSS until 1949. In 1954 took a position as a joint Harvard and Radcliffe professor in Anthropology, only the second woman and the first in a tenured professorship in the Faculty of Arts & Sciences (FAS). Her wartime experience in international affairs led her to turn her attention to broad questions of social, political and cultural change, and her major research focused on sociocultural change in post-colonial India. She is remembered for her keen intellect and fairness and as a pioneer of American Asian studies.

To learn more about the history of women at Harvard, see http://nrs.harvard.edu/urn-3:HUL.InstRepos:4677615.