Celebrating 50 Years of Sesame Street & Honoring Harvard's Contributions to It 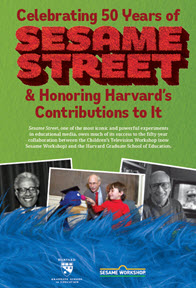 Sesame Street, one of the most iconic and powerful experiments in educational media, owes much of its success to the fifty-year collaboration between The Children's Television Workshop (now Sesame Workshop) and the Harvard Graduate School of Education.

This exhibit traced Harvard's relationship with Sesame Street from its beginnings to the present day through the lenses of teaching, research, creativity, impact, and archiving.

From Crayons to Calligraphy: An Exhibition of Japanese Student Artwork, 1949-1951

This exhibit showcases a small segment of the several hundred pieces of artwork Gutman Library received as part of the Francis J. Daly Japanese Student Artwork collection, donated in 2014. The pieces in this exhibit depict aspects of life in Japan ranging from local landscapes to festival celebrations. Japanese elementary, middle and high school students of varying genders and geographic locations contributed to this collection of artwork that includes embroidery, origami, batique, carved wood objects, drawings, and paintings. 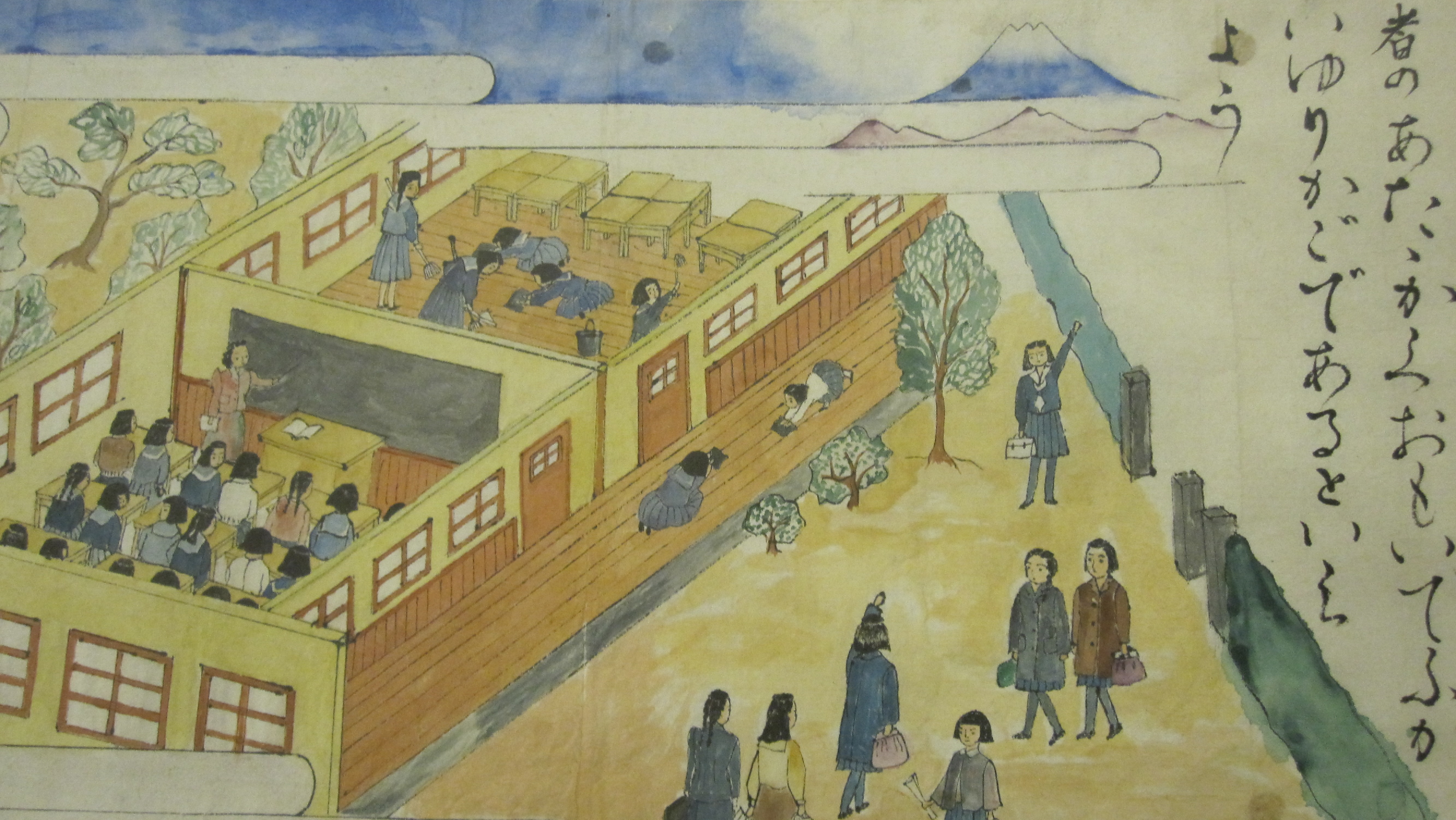 Dr. Francis Daly, the director of adjustment services for the Boston Public School system, was part of a group of ten educators who visited Japan in an effort to “democratize” the Japanese education system following World War II. In this role, he traveled to prefectures throughout the country, visiting large cities and small villages, training school administrators and assessing school quality.  In his travels, Dr. Daly befriended Dr. Yukio Isaka, a Japanese school psychiatrist. The two initiated a large exchange of student artwork between Japan and the United States as a means of encouraging cross-cultural understanding and peace.

This exhibit was on display until Fall 2017.

Readers and Their Writers: Reading Textbooks before Dick and Jane 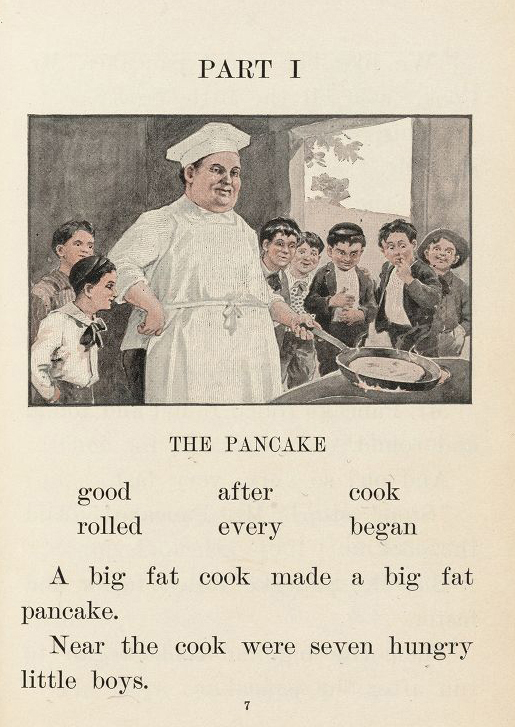 A chief educational tool in the teaching of literacy is the reading textbook, often known as a reader. Today, they are often called “basal readers” and refer to a series of textbooks designed to teach reading and are frequently accompanied by additional materials, such as workbooks, games and charts. The books generally employ a controlled set of a vocabulary, going from easier to more difficult words, and are usually presented in a graded series.

Several generations of Americans have learned to read by following the adventures of the suburban family of Dick and Jane in the Elson Basic Readers. However, readers have been authored and printed in the United States long before those iconic characters were first published by Scott Foresman Company in 1930. 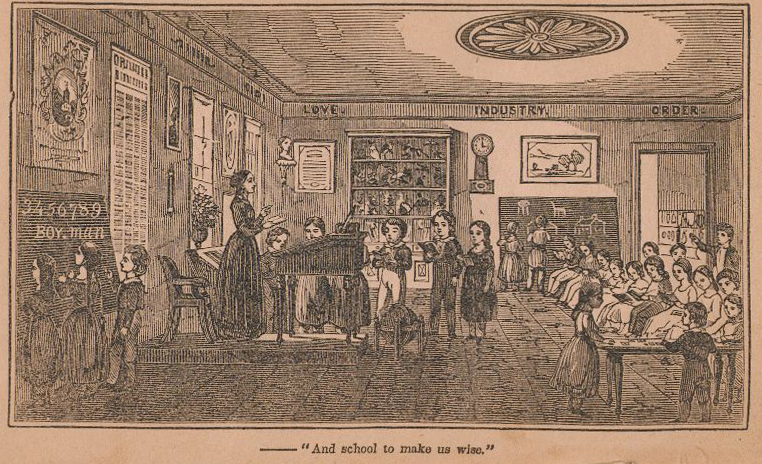 Many of the exhibited items and additional historical materials are also available for online viewing through the Harvard University Library's digital collection, Reading: Harvard Views of Readers, Readership and Reading History.

From Immigrant Ship to Citizenship: The Education of the Immigrant 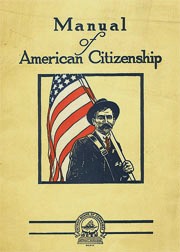 (Left Image) Detail from the cover of Manual of American Citizenship edited by Donald Farquharson Stewart, Mary Inez O'Donnell and Frederick Sherman De Galan. The book was printed by the Day's Work Publishing Company for the Detroit Board of Commerce and the Detroit Board of Education in 1919. In addition to providing an overview of American history and the responsibilities of citizenship, the work also outlined useful information about living in Detroit, Michigan.

(Right Image) Cover of Carolyn Sherwin Bailey's What to do for Uncle Sam: A First Book of Citizenship. 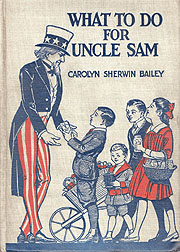 Bailey (1875-1961) is primarily known as a prolific author of children's books, including Miss Hickory, which won the Newberry Medal in 1947. She was also an early childhood educator who taught in New York City's public schools and served as the principal of the Jefferson Avenue Kindergarten in Springfield, Massachusetts. What to do for Uncle Sam was inspired by a program of community civics outlined by the United States Bureau of Education. Bailey hoped that it would give young people an opportunity to “translate national ideals into everyday civic services…in the home, the school, and the town.” The book was first published in 1918 and was later republished in a second edition in 1923. Both editions are available in Special Collections.