Founded in 1968, the Corpus of Maya Hieroglyphic Inscriptions Program (CMHI) is an Active Research Archive and on-going Recording Program of the Peabody Museum of Archaeology and Ethnology, Harvard University, devoted to the recording and dissemination of information about all known ancient Maya inscriptions and their associated figurative art . The CMHI publishes its detailed original line drawings and photographic documentation in a unique series of folio volumes and makes its material available to researchers through its archive and via the world wide web.

The Khipu Database Project began in the fall of 2002, with the goal of collecting all known information about khipu into one centralized repository. Having the data in digital form allows researchers to ask questions about khipu which up until now would have been very difficult, if not impossible, to answer.

Tozzer Library is noted for its collection of materials in Mesoamerican ethnology, archaeology, and linguistics. Below is a list of selected journal titles meant to illustrate the breadth of coverage in Anthropological Literature. It is only a representative sample.  For a complete list of currently indexed journal titles, please click on the "Currently Indexed Journals" tab. 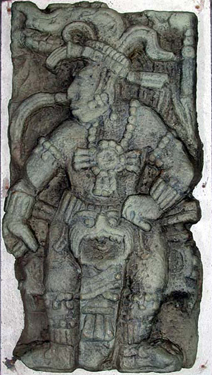 Altar Q and Copan, The Peabody Museum of Archaeology and Ethnology Special Projects