Professor Ur conducts research in ancient settlement patterns, land use, nomadism, urban origins and landscape archaeology of the Near East using field surveys, excavation techniques, remote sensing technology and CORONA satellite photography. Professor Ur has conducted field work at Tell Brak, Hamoukar, the Tell Beydar region in Syria, as well as the Mughan Steppe in Iran and the Hirbemerdon Tepe in Turkey. In addition, he has engaged in research exploring irrigation landscapes of the Assyrian Empire and ancient communication networks in northern Mesopotamia.

Example of a record from Anthropological Literature:

The Archaeological Exploration of Sardis is an interdisciplinary program of excavation and research focused on the site of ancient Sardis, some 60 miles east of Izmir in Turkey. It is jointly sponsored by the Harvard University Art Museums and Cornell University.

Example of a record from Anthropological Literature:

Below is a list of selected journal titles in Middle East Studies meant to illustrate the breadth of coverage in the Anthropological Literature e-resource. For a complete list of currently indexed journal titles, please click on the "Currently Indexed Journals" tab. 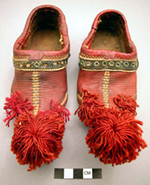 Leon Levy Expedition to Ashkelon, Harvard Museum of the Ancient Near East