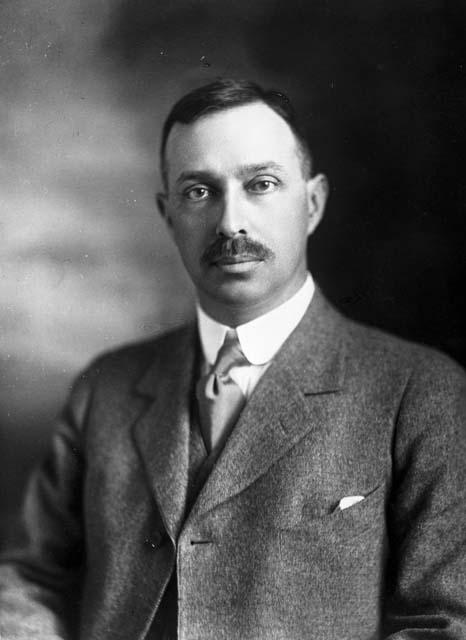 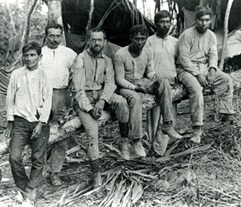 The origins of the Anthropological Literature e-resource are tied to the study of anthropology at Harvard University. The Peabody Museum Library was founded in 1866 at the bequest of George Peabody as part of the Peabody Museum of Archaeology and Ethnology. Faculty member and Peabody Museum Librarian Roland B. Dixon began the index in the early 20th century as part of the library's card catalog. He made the very important decision to index journals retrospectively from the beginnings of the field of anthropology making the Anthropological Literature e-resource one of the most comprehensive and oldest indexes of its kind. Dixon, an anthropologist, was librarian from 1904-1934 and was responsible for the development of the original subject headings and indexing system used in the library. In a letter detailing the periodical indexing budget for 1954-55, the Librarian of the Peabody Museum Library, Margaret Currier, stated that the index was one of the library's "special claims to fame" and advocated for an increase in funding to hire a full-time editor. In 1959, the Indexing Department was established. At this time, the content of 1700 issues from 524 journals was being indexed annually. According to a 1959 report issued on the activities of the Indexing Department, the library was the "only library in the country engaged in the indexing and subject heading of periodical literature for the whole field of anthropology."

In 1974 construction of a new building was made possible by gifts from the Tozzer family and the late Francis Boyer and the library was renamed the Tozzer Library in honor of Alfred Marston Tozzer, the Hudson Professor of Archaeology at Harvard and the library's second librarian. Publication of Anthropological Literature in paper form began in 1979. Between 1984-1988 the index was produced in microfiche format after which a return to print was adopted. Pre-1984 article indexing was included in several G. K. Hall print editions of the Tozzer Library Catalog. In 1988, following the closing of the library's card catalog, the entire contents of the catalog, including article citations, was published in 1122 microfiche. The roughly 350,000 article citations in the card catalog were added to the current database during a retrospective conversion project in 1996-1997. In addition to the online database, the index was produced in quarterly print issues through v. 30:4 (2008) when print publication ceased. Anthropological Literature received a Ford Foundation grant in 1989 to subsidize subscriptions of the index to developing countries. Until 2008, the print volumes were also used as part of a worldwide exchange program in Tozzer Library to provide institutions with Anthropological Literature.

In 2010, the Peabody Museum of Archaeology and Ethnology became the producer of Anthropological Literature, marking a return to the original home of the index after over 100 years. The index maintains its strong ties to the Tozzer Library in that virtually all content is culled from the library's collection of journals, both print and electronic.